Bringing the lake to life

Bikes from all over Europe rumbled into town along with more than 100,000 revellers, to celebrate the 26th annual European H.O.G.® Rally in the pretty lakeside city of Lugano in southern Switzerland. The rally was combined with the annual Swiss Harley Days® event, swelling the attendance and bringing more custom – and of course Dark Custom® – than ever. The atmosphere was occasionally electric thanks to a few spectacular thunderstorms but with the sun shining the spectacular beauty of the location brought people out in droves as friends reunited over a cold beer. Or two.

At the centre of the festival, The Dark Custom Zone contained live entertainment from DJ Destruction, who was pumping out tracks using Stanton decks and Cerwin Vega pro-grade DJ audio kit. There was also an Expo area with new Harley-Davidson® models on display, plus a Street Rod® on the Jumpstart for newcomers to try out and some very popular table football tables! Just opposite, the official merchandise tent did a roaring trade alongside its counterpart from event sponsor Jeep®. Luxury watch manufacturer Breitling also had a large two-tier stand, and the Breitling Wingwalkers provided an incredible aerial display on Friday with their distinctive orange biplanes. 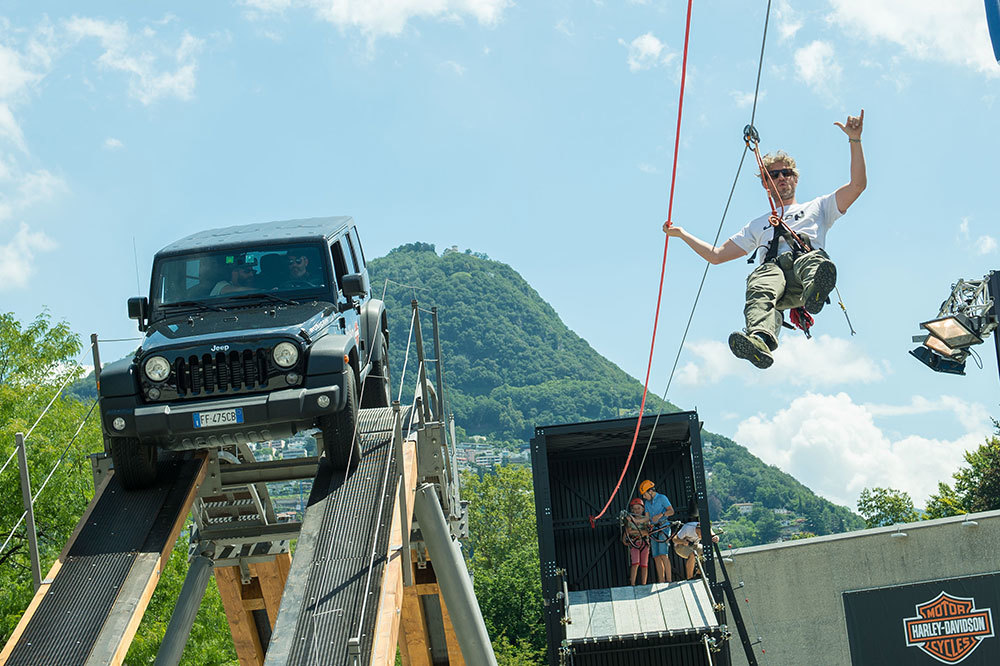 Just back from the main strip, the Demo Rides area was extremely popular as riders took the opportunity to test a wide range of the latest Harley models on the fabulous local roads, while in the tent opposite, the H-D Service Point provided expert Harley technicians from H-D Lugano to offer their service skills, technical support and advice. Also in this area was the Jeep Experience, where an off-road obstacle course gave visitors the opportunity to experience the capabilities of the Jeep range.

Patches were seen representing chapters from as far afield as Australia, Mauritius, Brazil and Saudi Arabia, and the H.O.G. Zone saw a steady stream of visitors coming to speak with H.O.G. managers from across the EMEA region as well as the multilingual team from the Customer Care Centre.

Thousands thronged the numerous traders, dealership stands and food and drink outlets along the main lakeside road through the town, as the inimitable growl of V-twin engines filled the air. Meanwhile, many others chose to explore the surrounding area, twisting through forest roads and on the sides of the steep mountains, and cruising around the shores of Lake Lugano. 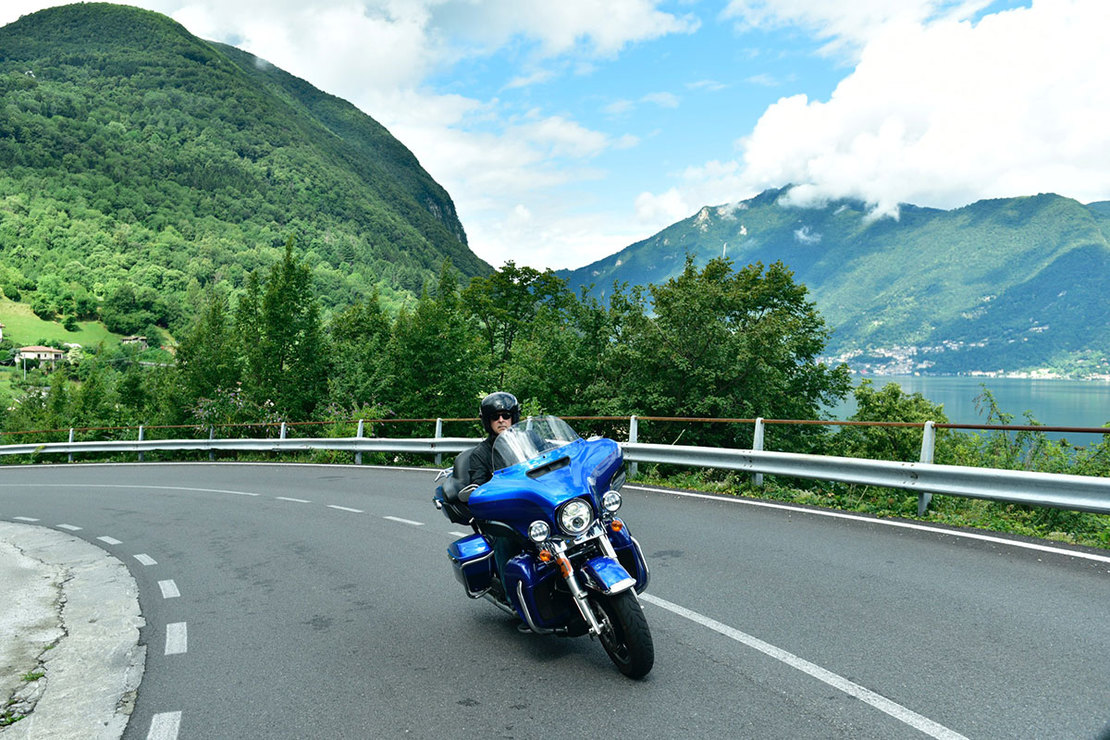 The Custom Bike Show took place in front of the impressive modern Lugano Arte e Cultura (LAC) cultural centre on the waterfront, an architectural marvel to complement the fantastic custom builds on display. Unusually, the presentations were brought forward to 4.30 to avoid some forecast rain.

Mirko Perugini from Gallery Motorcycles took the coveted Best In Show prize, with his incredible vintage machine built around an original 1917 Harley-Davidson engine, transmission and carburettor. For a full list of winners, please visit events.harley-davidson.com/european-h-o-g-rally and click on the ‘Custom Bike Show’ section.

On Friday evening, large numbers of people gathered around the main stage to enjoy the music of The Solid Stompers, The Pinstripes and Di Maggio Connection. 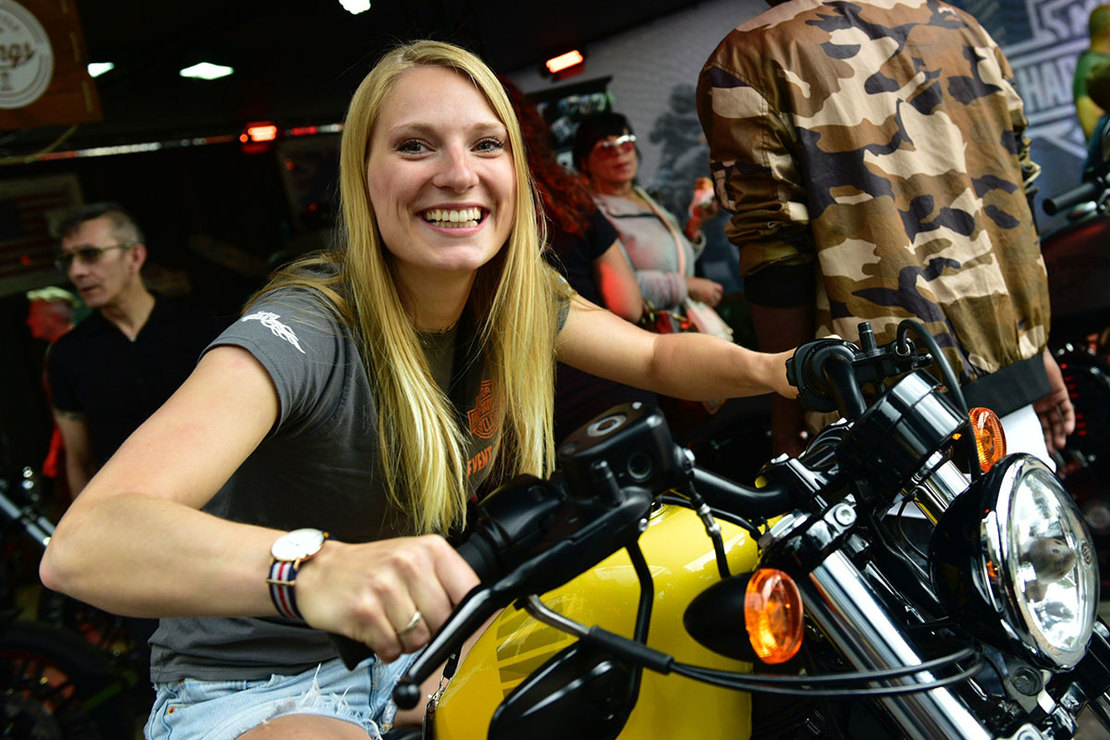 On Saturday as crowds thronged the event site, the waterfront and the surrounding roads in anticipation of the parade, they were entertained once again by the Breitling Wingwalkers in the morning before being treated to an outstanding formation-flying display by the Swiss Air Force as a squadron of planes performed a range of low-level passes and death-defying loops and rolls. For the afternoon’s Parade, a colossal snake of approximately 4,200 bikes rolled out of town led by the Chapter Parade of Flags to brilliant blue skies.

The focus then turned back to the Main Stage, as The Dead Beatz kicked off the evening’s entertainment. They were followed by The Picturebooks, who showcased their trademark brand of electrifying rock and roll, and then Fabian Anderhub and Philipp Fankhauser, who were also very well-received, before the event was brought to a rocking conclusion by the AC/DC Revival Band and Christina Ramos.

Sunday provided ideal conditions to view the surrounding area in all its beauty as the thousands of riders headed for home. We look forward to seeing you all in Prague next year, as we celebrate the 115th anniversary of the Motor Company and 35 years of H.O.G.! 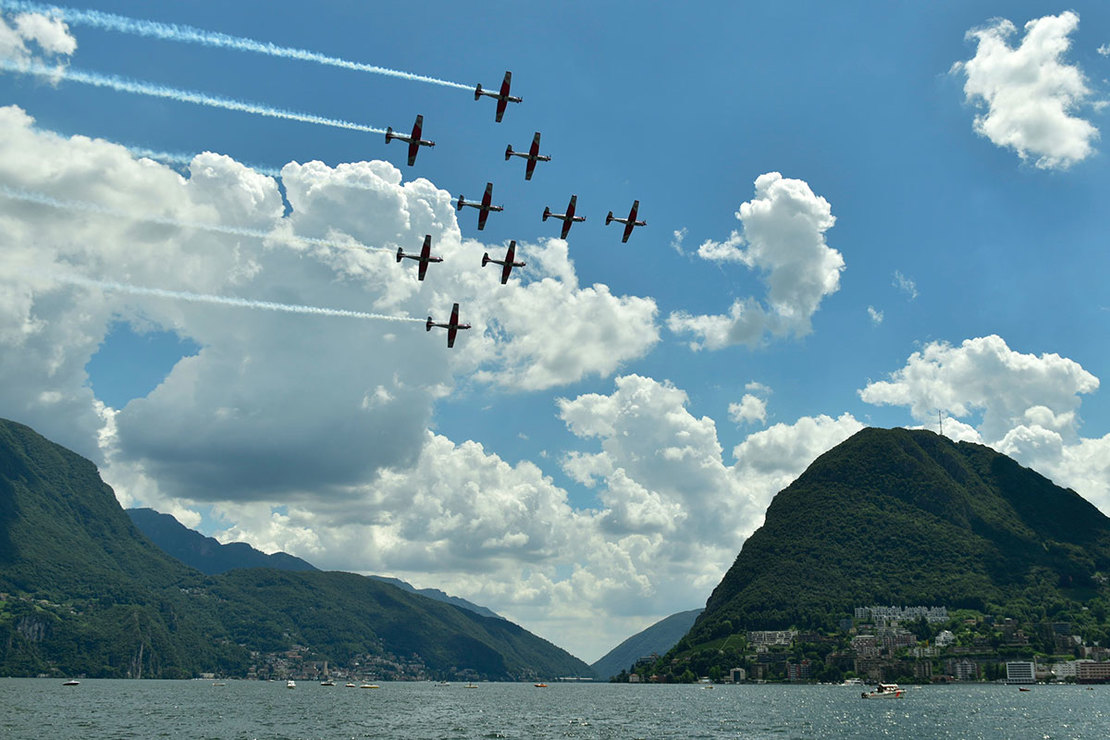