For the love of two-strokes

Think of Harley-Davidson and the image most people bring to mind is the classic large-capacity V-Twin four-stroke road bike. Yet the Motor Company has an illustrious history of producing smaller capacity two-stroke bikes, for road and off-road use. These bikes have their own passionate collectors – Michl Betz, from Bavaria, is one of them.

Now 39, Michl grew up close to the Hausham motocross track in Schliersee, southern Germany, so a childhood spent watching the professional riders led to a lifelong love of two-stroke motorcycles. At the age of 9 Michl managed to get hold of a 25cc Solo Mofa to recreate the sound (if not the speed) of the motocross bikes he loved. “The best thing for me was to take the muffler off– if only for the few minutes before my parents made me stop!” says Michl. “I always loved it when it was loud and wild like the motocross bikes.” 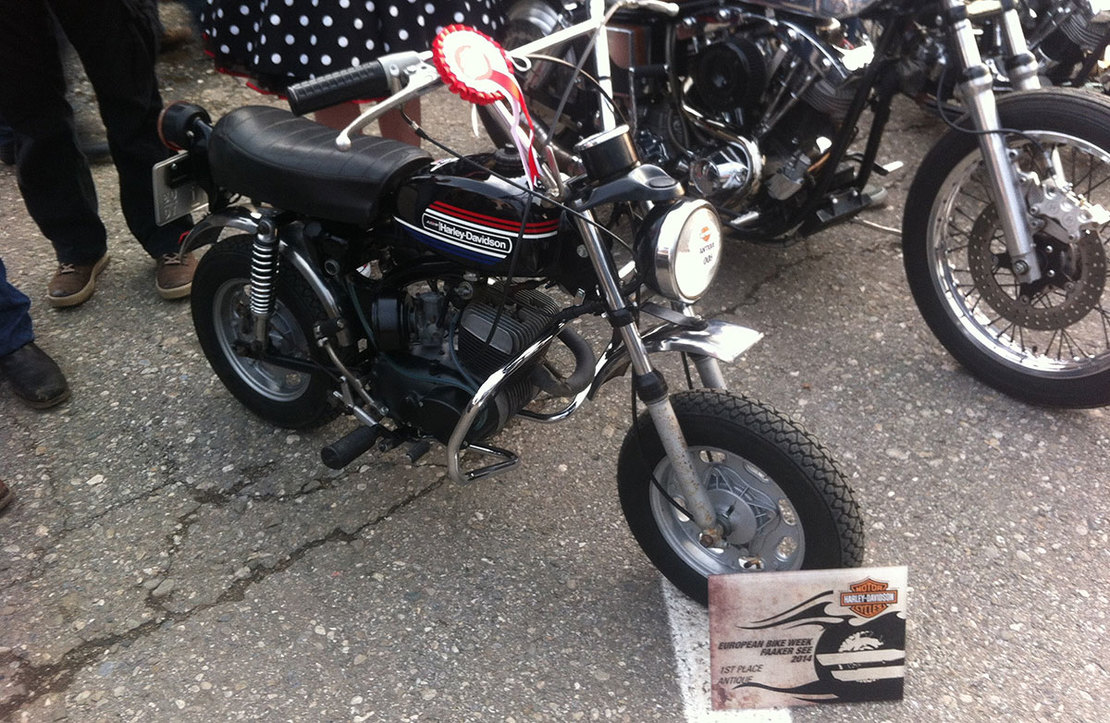 The little Mofa was soon traded in for a 125cc Suzuki, but it was simply not enough for Michl. “The sound of motorcycles had been with me since my youth, so I always said that as soon as I am old enough I am going to get a Harley. I did every job possible to raise the money so at 18 I bought a 1992 Sportster 883 – instead of a car. I had no interest at all in driving a car, even though I had the licence.”

That Sportster was soon customised, yet the yearning for the sound of a two-stroke engine remained. But how could a love of two-strokes be squared with a love of Harleys?

The answer came, like so many things, from the Internet. A Harley-Davidson X90 appeared on an auction site and Michl just had to have it, despite the bike being unrestored, and in England. The X90 is an entry-level bike made by Harley-Davidson in the early 1970s when the Motor Company owned the Italian concern Aermacchi and was actively courting younger riders with a range of two stroke offerings. Michl’s little X90 proved to be a hit wherever it appeared, including an appearance wheelieing up the track at Harley Days in Kitzbühel, and an entry into the custom show at Faak where the bike took first place in the ‘Antique’ category.

While restoring the bike, Michl came across Bram van Hilten’s book ‘Harley-Davidson – the era of the two-stroke motorcycle’ – and another seed was sown in his Harley two-stroke quest. 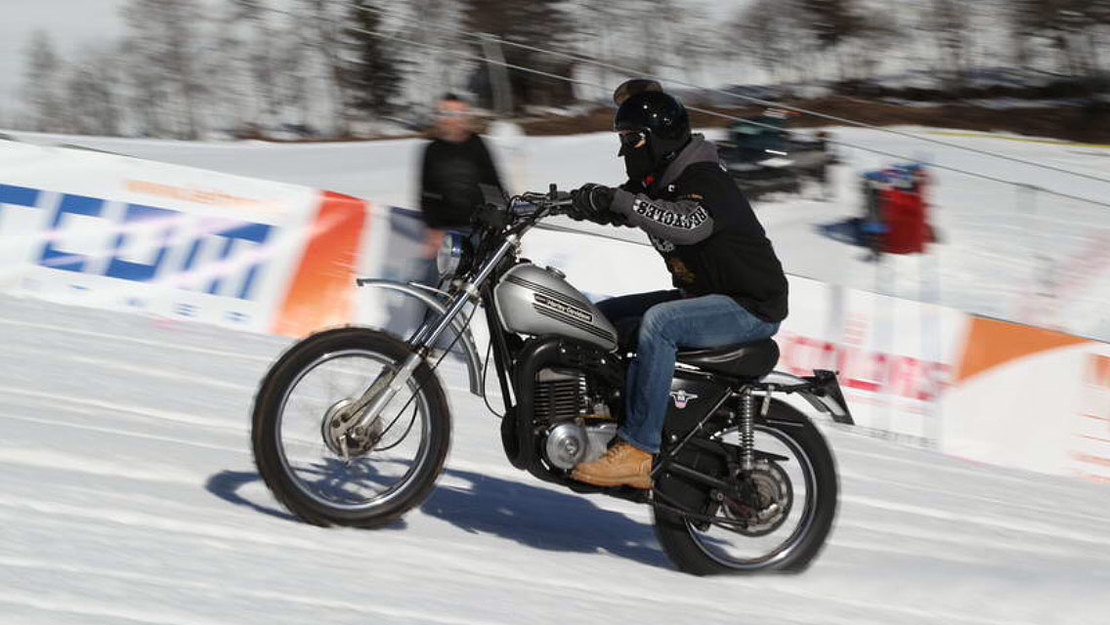 “In 2014 while I was attending European Bike Week I saw publicity for the forthcoming ‘Harley & Snow’ event. I decided I had to have a two-stroke Harley suitable for taking part in this event,” says Michl. ‘Harley & Snow’ takes place on the ski slopes of the South Tyrol and the centrepiece is the ‘speed hill climb’ utilising Harleys specially modified to run on snow and power their riders up the slopes. Consulting the book, Michl decided a Harley-Davidson SX250, a two-stroke off road bike from the mid-70s Aermacchi era, would be the most suitable starting point, and a suitable bike was located and purchased from its Italian owner.

Taking advice from friend and Harley specialist Andreas Schweter, Michl swiftly swapped out the 250cc power plant for a 350cc version to give more power, and modified the bike to run on snow – with mixed success. “The 350cc motor was much better, but it wasn’t competitive against the 1000cc-plus Harleys – you need lots of power to get a bike up a ski slope!”

Next step in Michl’s two stroke journey came with the discovery of an even more interesting bike from Harley’s past – a genuine Harley-Davidson Baja 100L 100cc competition bike from 1972. “My friend Bram found the bike for me,” says Michl. “These bikes are really rare, especially in competition form, and there are only a few in Europe. I had to have it. But to finance the purchase I had to sell my beloved SX350 snow bike.” 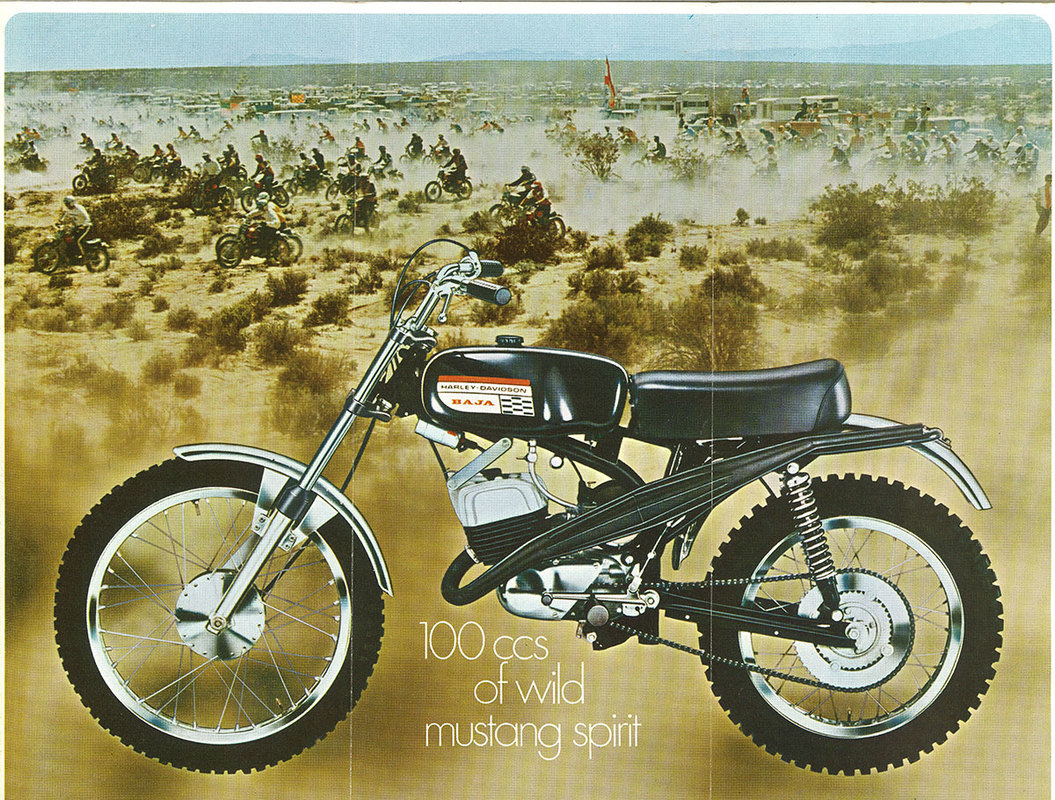 In the late 1960s and early 1970s desert racing had captured the imagination of the world, partly thanks to movies like ‘On Any Sunday’ and races like the prestigious Baja 1000 race in California, so the Motor Company decided they had to have a small off-road bike to compete. The result? The Baja 100 - a 98cc single with a 5 speed gearbox created by ‘sleeving down’ the Aermacchi Aletta 125 to 98cc to make it eligible for the smallest class in the Baja 100 race. With a 11.5:1 compression ratio, enormous 24mm Dellorto carburettor, 90kg weight and high ground clearance, the Baja 100 made explosive power despite its tiny engine capacity, and competition success soon followed. In 1971 Harley-Davidson entered a 14-rider factory team at the Baja 1000 – all on Baja 100s – and took eight of the top ten slots in the race, including the race win. 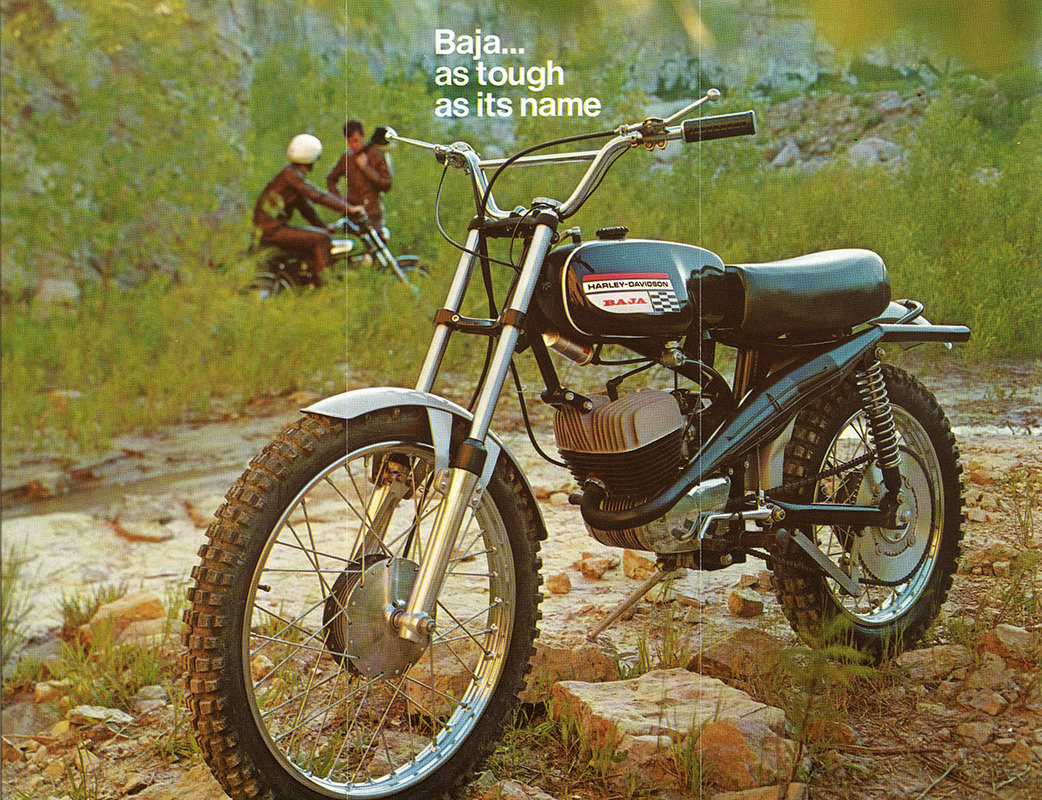 Less than 4,000 Baja 100s were ever produced in a production run lasting from 1969 to 1973 and Michl’s Baja 100 is particularly rare, being a competition model bearing the all-important ‘8B’ engine and frame numbers (street models carry ‘6C’ numbering and are fitted with lights and street mufflers). Since purchasing the bike – which was only ever available in the USA – Michl has been on a quest to accumulate rare competition parts, race clothing and literature to link the bike with its illustrious competition past. An almost-unobtainable engine guard was located in the USA and a replica of the competition race shirts from 1971 was found to be available at the Harley-Davidson Museum - but Michl is still searching for the genuine motocross pants seen in the contemporary literature.

“I love the little Baja and it is a unique part of Harley-Davidson history,” says Michl. “If anyone reading has a Baja 100, or anything associated with Baja bikes, then I would love to hear from them! Also, having sold my SX to buy the Baja, if anyone has a Harley-Davidson MX250 that I can use to race in Harley & Snow 2019 then that would be a dream come true!” 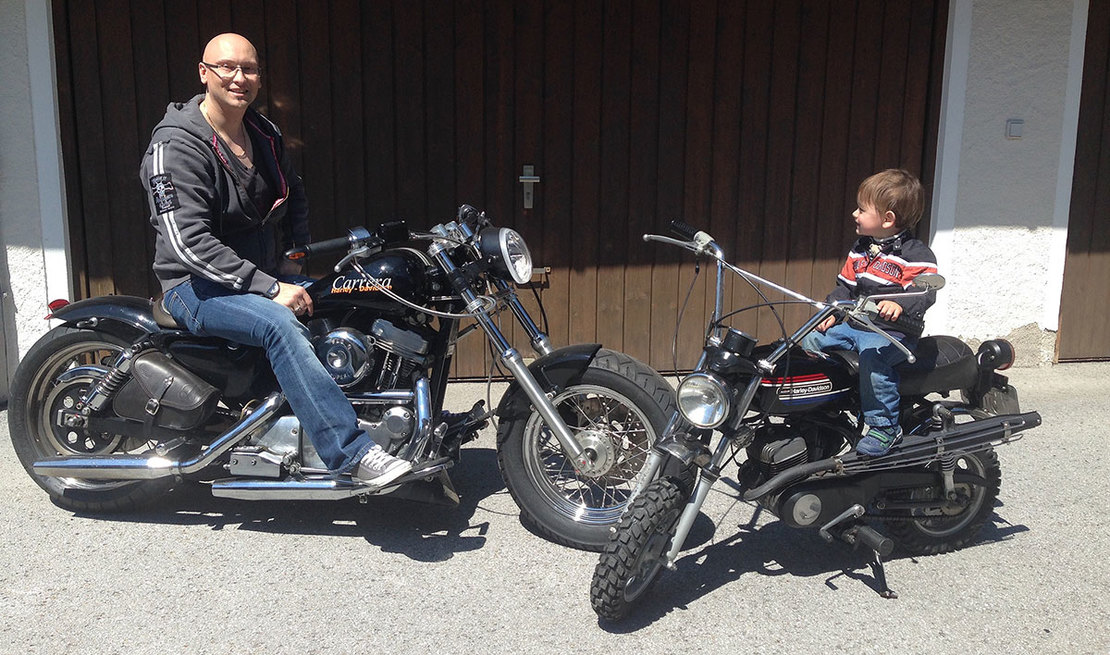