We continue our series of great riding roads, showcasing some amazing routes you could take when heading to the big Harley-Davidson® 115th Anniversary party in Prague!

This month we travel from southern Europe, Italy to be precise. We go through scenic Austria – with a quick stop in Faaker See – and into the Czech Republic and the big party in Prague.

We start this ride on the western coast of southern Italy in one of the oldest and most historic cities in the world, Naples. Naples can look a bit rough around the edges, but look beyond the grime and you’ll find a city rich in beauty, history, landscapes, attractions and, of course, gastronomy.

The centro storico (historic centre) is a UNESCO World Heritage Site, with its vast array of castles and palaces and its archaeological treasures among the world’s most important. Venture out of the city and shadowing Naples is the great Mount Vesuvius.

The area around Vesuvius is now a national park, and you can even reach the summit of this famous volcano. A trip to Naples and Mount Vesuvius will not be complete without visiting Pompeii, which in AD 79 was destroyed and buried under volcanic ash and pumice in the big eruption of Mount Vesuvius. Now a compelling archaeological site, the preserved ruins of Pompeii will trans-port you back in time.

Back to the present day and continuing our road trip, ride from Naples and head north along the E35 to, yes you’ve guessed it, another historical Italian city. 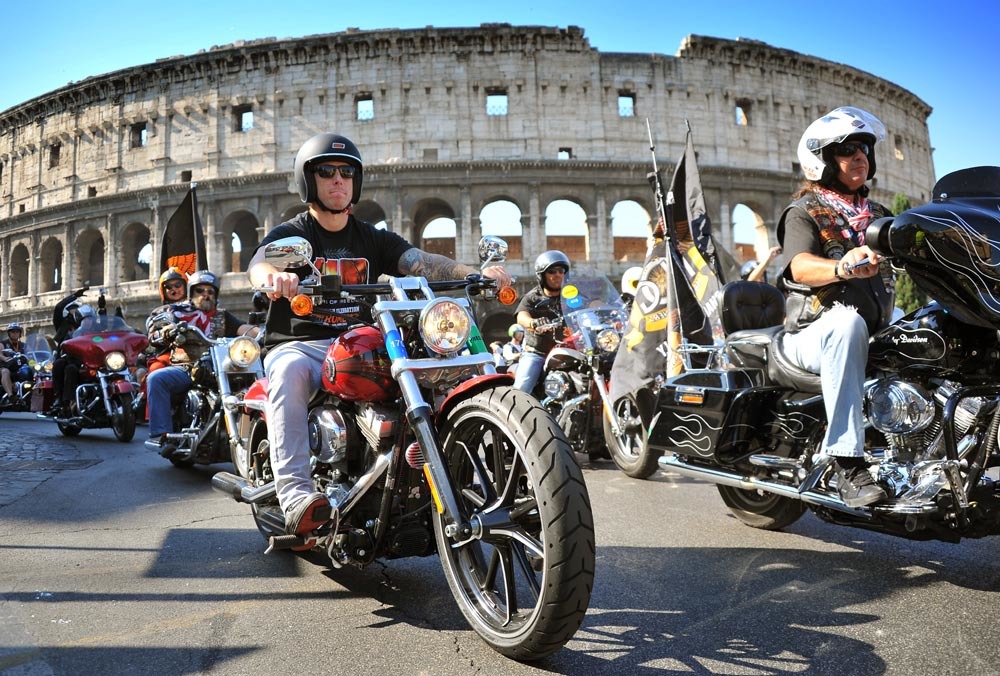 Rome. Well, if you came to the Harley-Davidson® 110th Anniversary celebrations back in 2013 then you will know all about the Eternal City and its rich history, numerous cafes and stunning monu-ments. For those wanting to make a quick stop, be sure to visit the awe-inspiring Colosseum, the stunning Trevi Fountain, the striking Pantheon – the most well-preserved of Rome’s ancient monuments – and don’t forget the magnificence of Vatican City, St. Peter’s Square and the Vatican Museums. Come to think of it, it’s very difficult to have a ‘quick stop’ when visiting Rome. 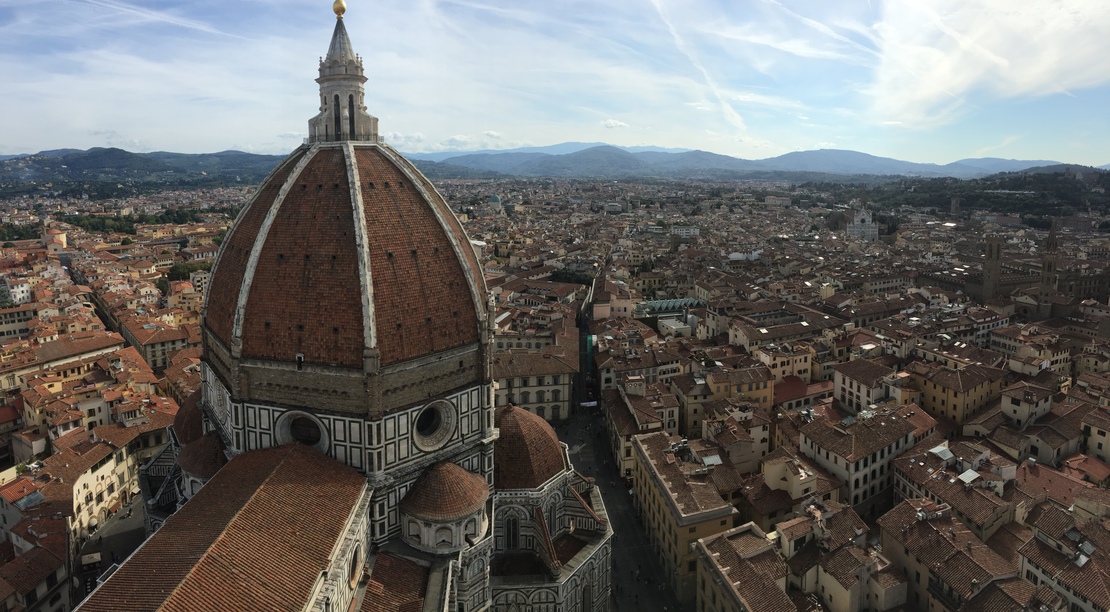 Once you’ve had your fill of history, and coffee, head north-west out of Rome and continue north along the E35 to the beautiful city of Florence. The birthplace of the Italian Renaissance, Florence is a vibrant city also known as the ‘cradle of the Renaissance’ for its many monuments, churches and buildings. The most striking and famous site is the city’s domed cathedral, the Duomo. Florence is also home to the famous statue, David, by Michelangelo. Be sure to visit the Galleria dell’Accademia and take in this colossal piece of art. Top tip: visit in the evening to avoid the massive queues!

From Florence continue north along the E35 and head to the home of Bolognese – Bologna! As you might guess from the name, Bologna is famous for its food – one of its many monikers is La Grassa (the fat one) – and also its culture, especially music. It is home to the oldest university in the world, the University of Bologna, which was founded in 1088. Keep a look out (you won’t miss them) for the famous leaning Two Towers (Le due torri), not as internationally famous as the leaning tower in Pisa but a symbol of Bologna and the most prominent of the Towers of Bologna. 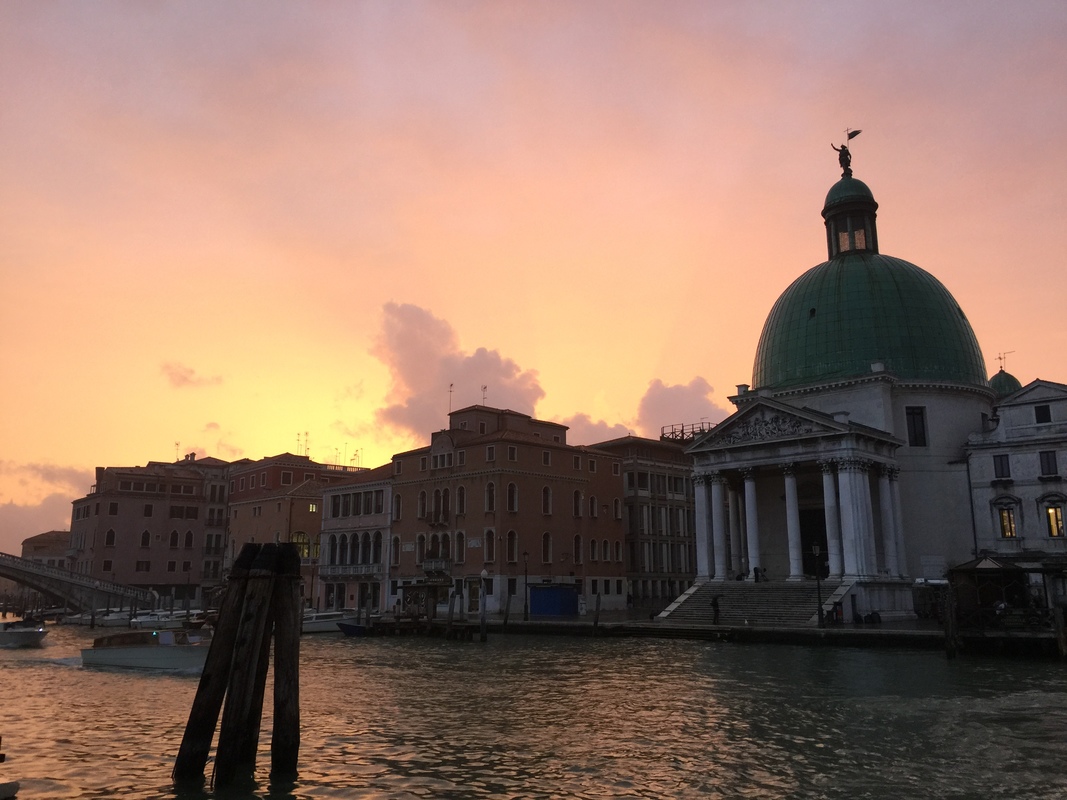 From Bologna head north along the A13 and to the stunningly beautiful, marble-clad city of Venice. This city on water with its numerous squares, churches and gondolas will take your breath away.

The Grand Canal, the Piazza San Marco with its huge basilica, the magnificence of the Palazzo Ducale, and of course the endless waterways with their waterside cafes and restaurants. Venice is place you’ll fall in love with and never want to leave. 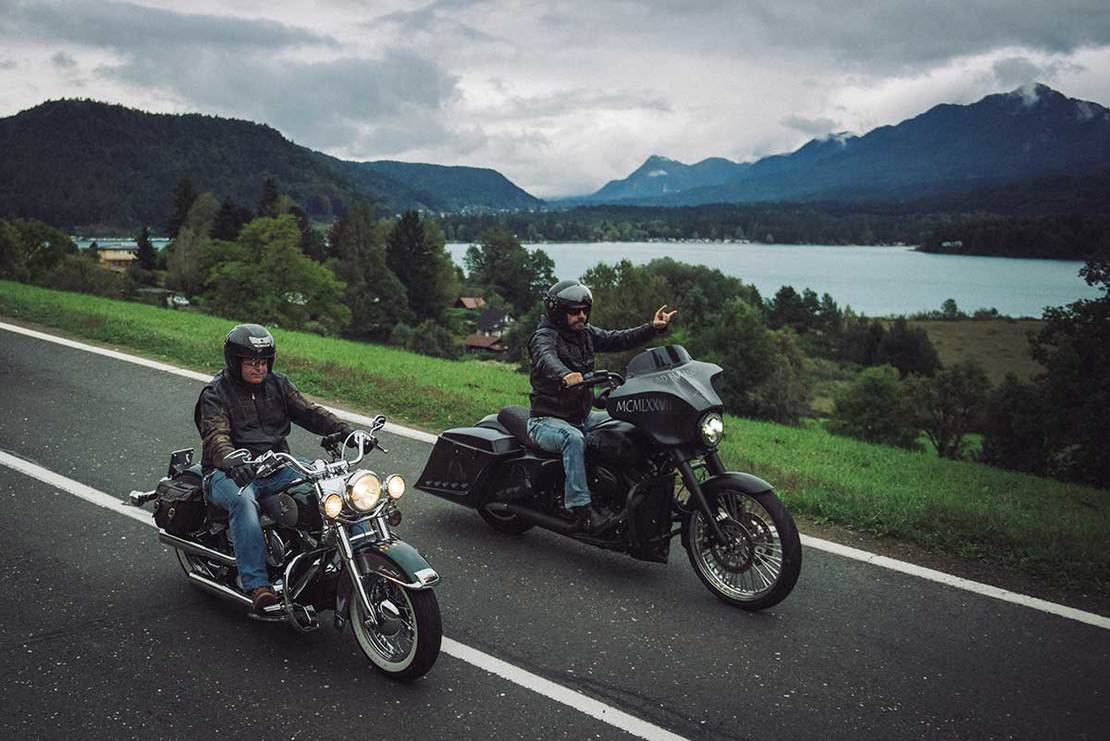 But leave we must, as we head north out of Italy and into Austria, and a ride in Austria wouldn’t be complete without a stop-off at the home of European Bike Week®, Faaker See! Do a couple of laps around the famous Lake Faak; it is a very different place without thousands and thousands of other V-Twin engines joining your chorus, but it has to be done.

From Faaker See head north through stunning mountain passes to the birthplace of Wolfgang Amadeus Mozart, Salzburg. Salzburg’s Old Town is internationally renowned for its baroque architecture and has probably not changed much since Mozart walked its streets 250 years ago. It is also famous as the setting for The Sound of Music. Salzburg’s most visible icon is the mighty Festung Hohensalzburg, a 900-year-old cliff-top fortress that offers far-reaching views over the spires of Salzburg, the Salzach River and the mountains beyond.

When you can drag yourself away from the majesty of Salzburg, it’s time to leave Austria and head to the Czech Republic for the Harley-Davidson 115th Anniversary party in Prague!

For more information on the 115th anniversary party and to purchase tickets visit h-d.prague115.com where the Rides In route planner is now available. 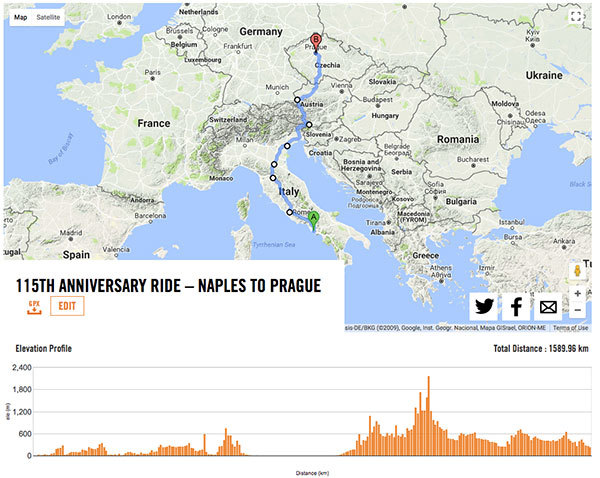