Harley-Davidson powers up for Formula E in Monaco

Ahead of the imminent arrival of the LiveWire™, Harley-Davidson® joined forces with brand partner and Formula E team Envision Virgin Racing at the recent Monaco E-Prix

The Envision Virgin Racing team has been an electrifying force in the Formula E championship since the sport’s very first season. Their consistent success – along with the team’s in-depth understanding of how to get the best performance out of electric vehicles – makes the partnership a natural fit for Harley-Davidson. 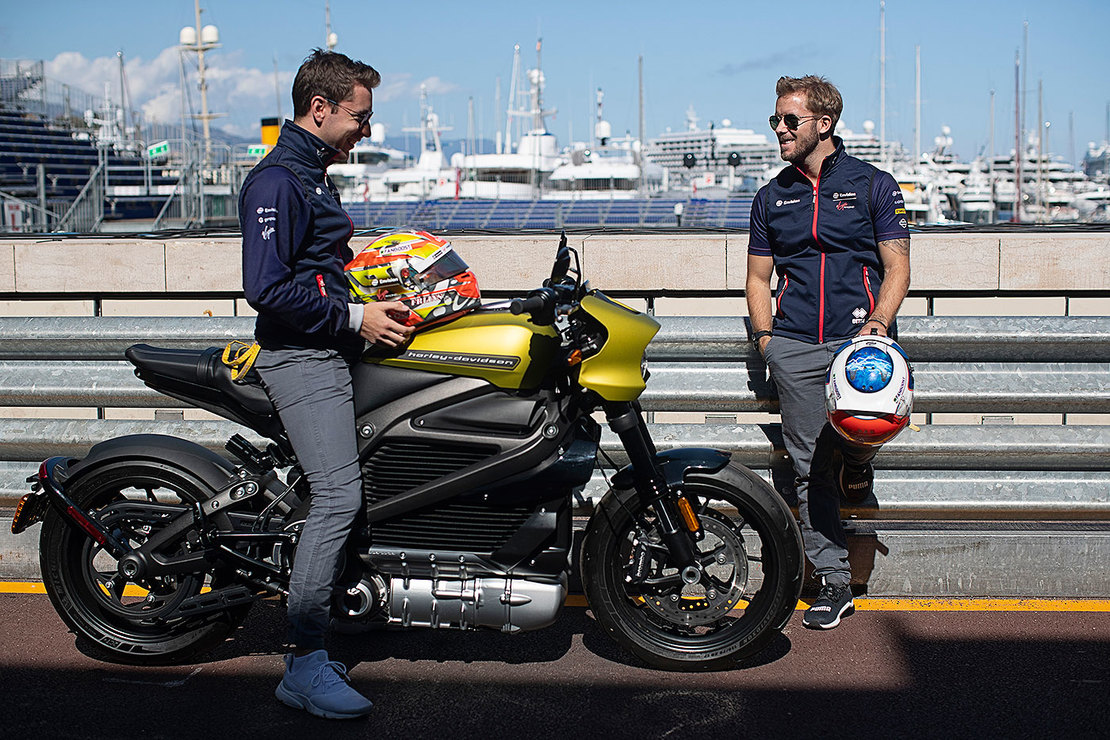 Making tracks for Monaco
The Monaco circuit is the most glamorous of all motorsport venues, and it proved to be the perfect backdrop to the LiveWire’s first appearance in the principality. The bike’s modern styling and cutting-edge technology saw it more than hold its own alongside the sleek, eye-catching motor cruisers and megayachts moored in the marina. Everywhere the LiveWire went, its presence drew crowds, with bikers and non-bikers alike intrigued by its futuristic looks, innovative design and zero-emission capabilities.

Nowhere was the motorcycle more in its element than trackside, among the assembled Formula E racing cars. These lightweight, aerodynamic machines can hit a top speed of 174mph (280kph), whizzing around the circuit at lightning pace and accompanied by high-pitched whirring noises usually heard only in science fiction films. The adrenaline was pumping, for both the drivers and the sun-kissed crowds packing out the grandstands. 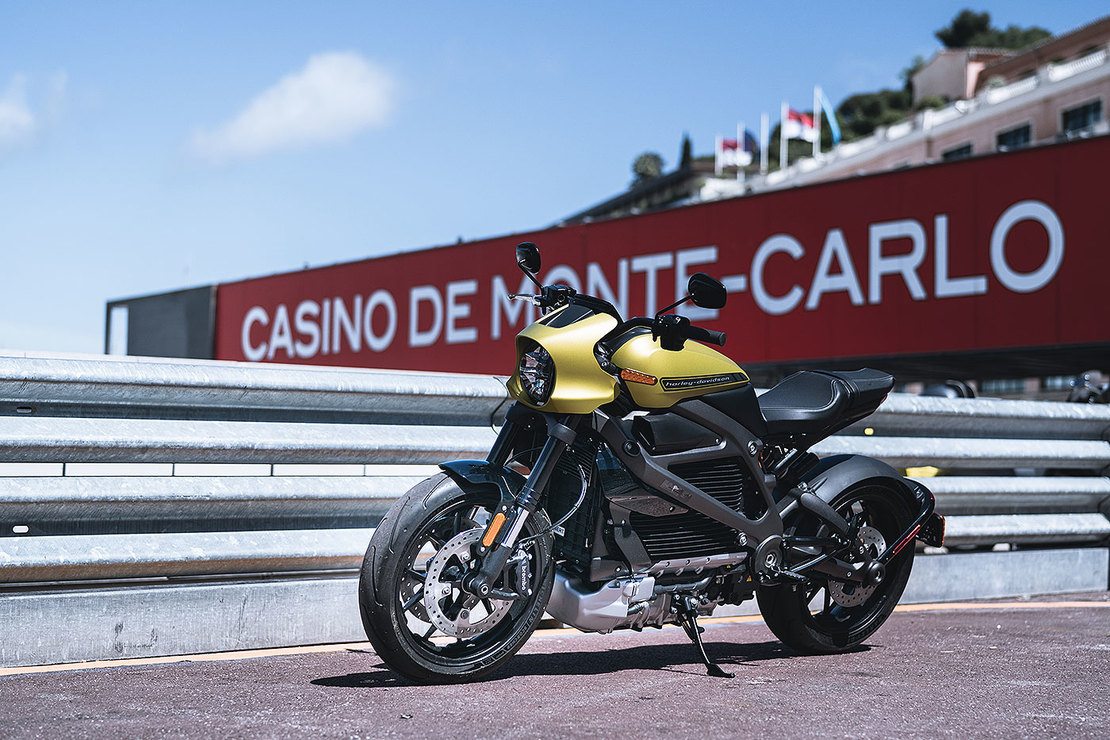 The future is now
With Formula E becoming the fastest growing of all motorsports, it seems that events such as the Monaco E-Prix are setting the tone for the motor racing of tomorrow, just as the LiveWire is doing for the future of motorcycling.

Envision Virgin Racing’s Sam Bird was one driver immediately attracted to the LiveWire. Sam has been with the team since Formula E’s inaugural season, so has witnessed firsthand the huge steps that electric vehicles have made forward in just five short years:

“That's not only the case on four wheels; it's going to be the case on two wheels as well, with the Harley-Davidson LiveWire. And that's just the first step on the ladder: think how powerful and how fast electric vehicles and motorbikes will be in the future. It's staggering.” 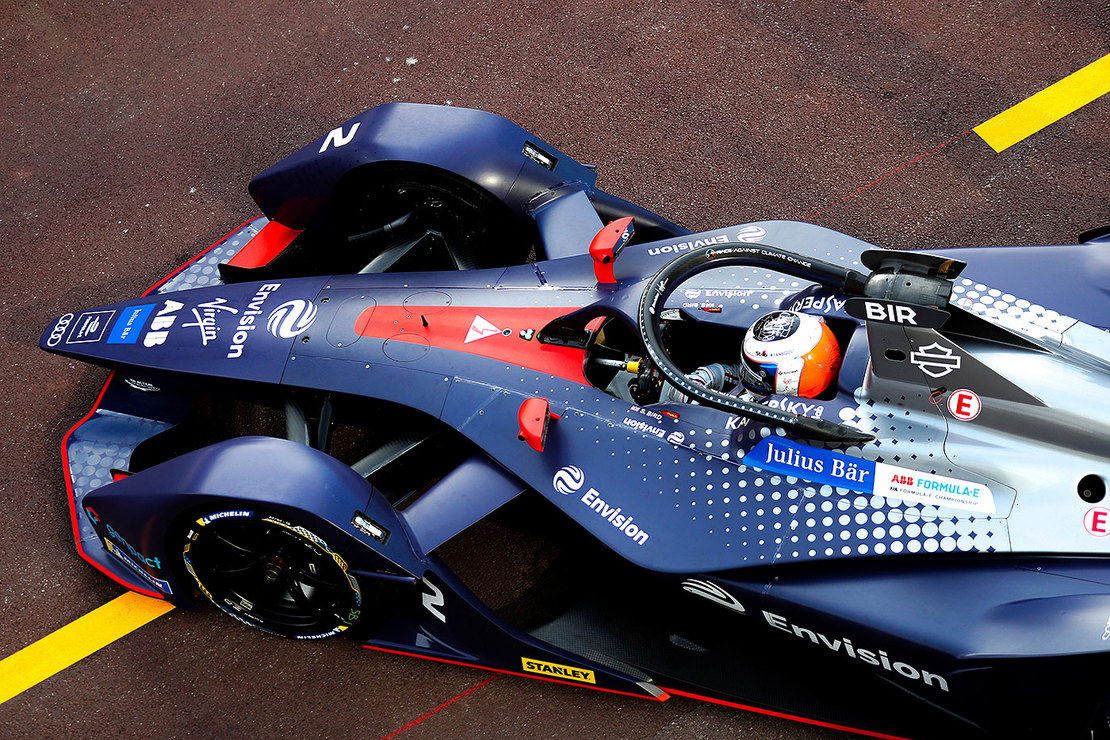 From four wheels to two
For the team’s managing director, Sylvain Filippi, the new partnership with Harley-Davidson is the perfect fit: “I'm really excited because so far, all the work we've done has been to the benefit of four-wheeled vehicles. But there's absolutely no reason why we couldn't do the exact same thing for two-wheeled transport.

“I'm a firm believer that two-wheeled transport has a huge role to play in the mobility of the future, because even though electric cars are solving pollution and health issues in city centres, they are not necessarily solving the congestion issue. An electric two-wheeled vehicle is as perfect as it gets for mobility in cities.”

There are four dates remaining in this season’s Formula E calendar, with the action culminating in a weekend of racing in New York City on July 13-14. The competition is fierce, but with Harley-Davidson’s backing, the Envision Virgin Racing team will be fighting all the way. 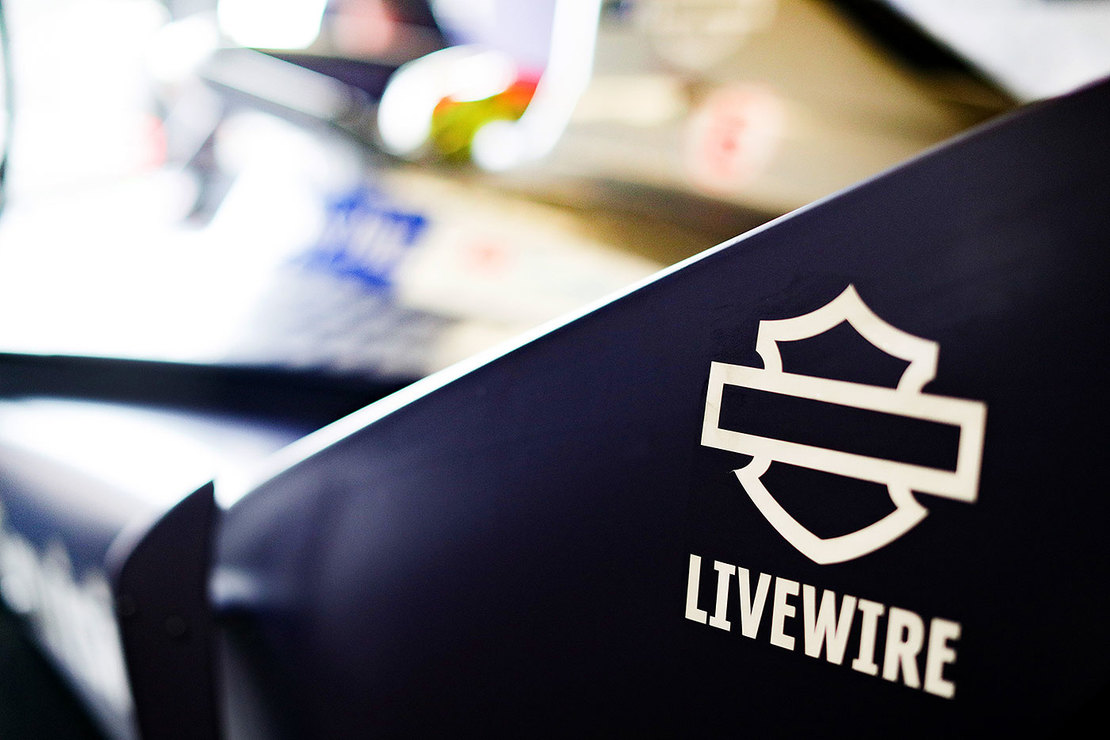