In 2010 the H.O.G. Arctic Chapter hosted the Norway National H.O.G. Rally in the town of Solvaer in the Lofoten Islands, the northernmost H.O.G. rally in H.O.G. history. Rune Dahl reports

The members of H.O.G. Arctic Chapter felt both proud and humble when in 2007 they were assigned the challenging task of hosting the Norwegian National H.O.G. Rally for 2010. There was no time to waste if this was going to be the success they hoped for.

The Arctic Chapter covers northern Norway, including the Arctic archipelago of Svalbard, and it is the northernmost H.O.G. Chapter in the world. Following the main road (E6) through northern Norway, you have to ride for 1,600km before you reach its end point near the Russian border. With such long distances and members spread across the region, physical meetings of the Rally committee were not easy to convene. This was compensated by regular internet Skype meetings and frequent email exchanges. 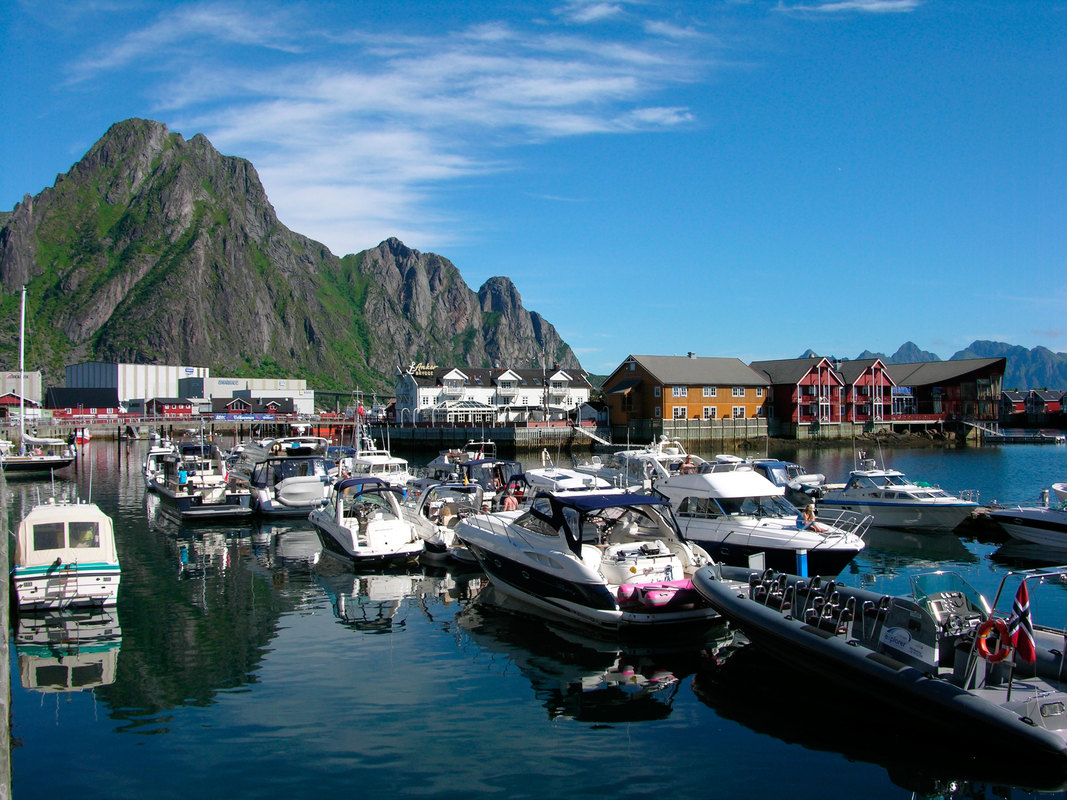 The Lofoten Islands stood out as a prime area for hosting the rally. Lofoten stretches like a wall of mountains into the sea, and riding in this dramatic landscape is an unforgettable experience. Svolvær was chosen as this lovely small town had the facilities to accommodate a large number of bikers as well as having many attractions and activities for visitors.

When the chapter applied to the county administration they got a positive response, and the town square was made available as the rally site. This would provide an intimate atmosphere, with most hotels and ‘rorbu’ (fishermen’s cabins) being within walking distance of the rally ground. Camping was also available just outside the town.

For bikers to make a decision to take the long ride up north they had to be convinced that this event would be something special.

With its members spread all over northern Norway, the chapter knew that they could never pull this one off without the assistance of other volunteers. Local sports clubs were contacted and they were willing to help out with practical tasks like rigging, cleaning, grilling and security. These people did a great job throughout the whole rally and the Arctic Chapter is extremely grateful for their valuable contribution. 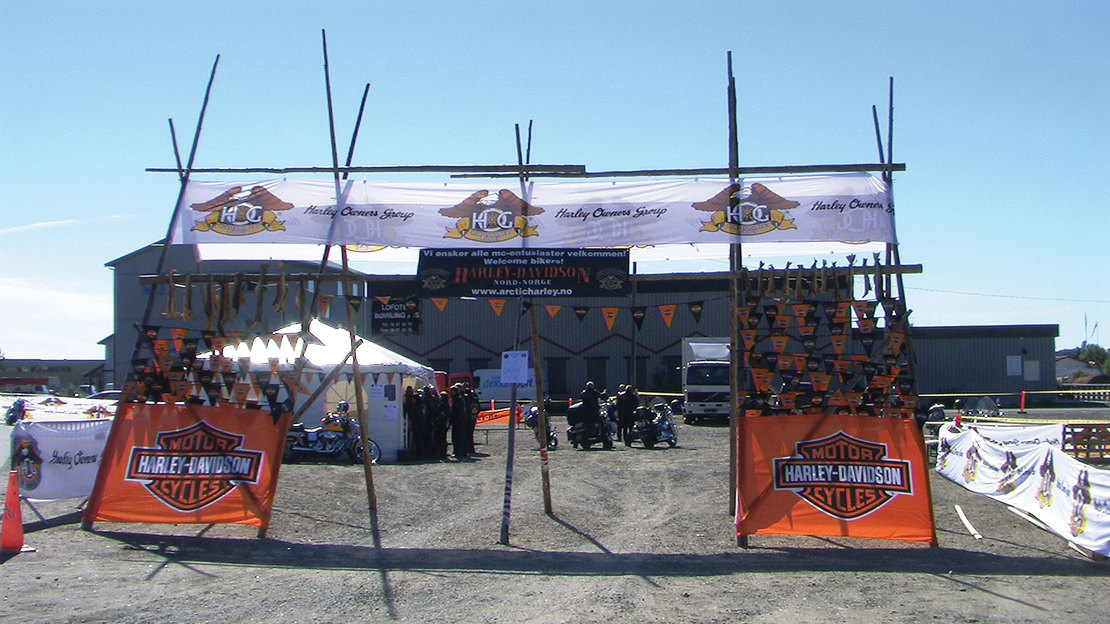 As the Sweden National H.O.G. Rally would take place in Åre the week before the Norwegian Rally, co-operation was established between Sweden’s Jämtland Chapter and the Arctic Chapter to facilitate participation in both rallies. Neighbouring chapter Trondheim also assisted by arranging ‘transit Trondheim’, a pit stop including food and drinks, music, accommodation and sightseeing, on the way to and from these national rallies. After intense preparations, on July 28 everything was ready for the arrival of the bikers. The town square in Svolvær was enclosed with a fence and a wall of tents selling merchandise. The stage was rigged, and in the middle of the square stood three huge ‘lavvos’, Sami tents like Indian tipis.

The first riders were spotted a couple of days before the rally commenced, but when the official registration started on Thursday a steady flow of bikes arrived throughout the day.

After a rather lousy summer with regard to weather, the sun was now shining and the temperature was very pleasant. The atmosphere only got better when the bands started playing and the audience sang along. One of the bands, ‘Blue Hawgs’, was led by none other than Kenneth ‘Kula’ Johansen, the director of the Arctic Chapter.

During daytime the rally site was open to the general public and both locals and tourists could enjoy the rally atmosphere. 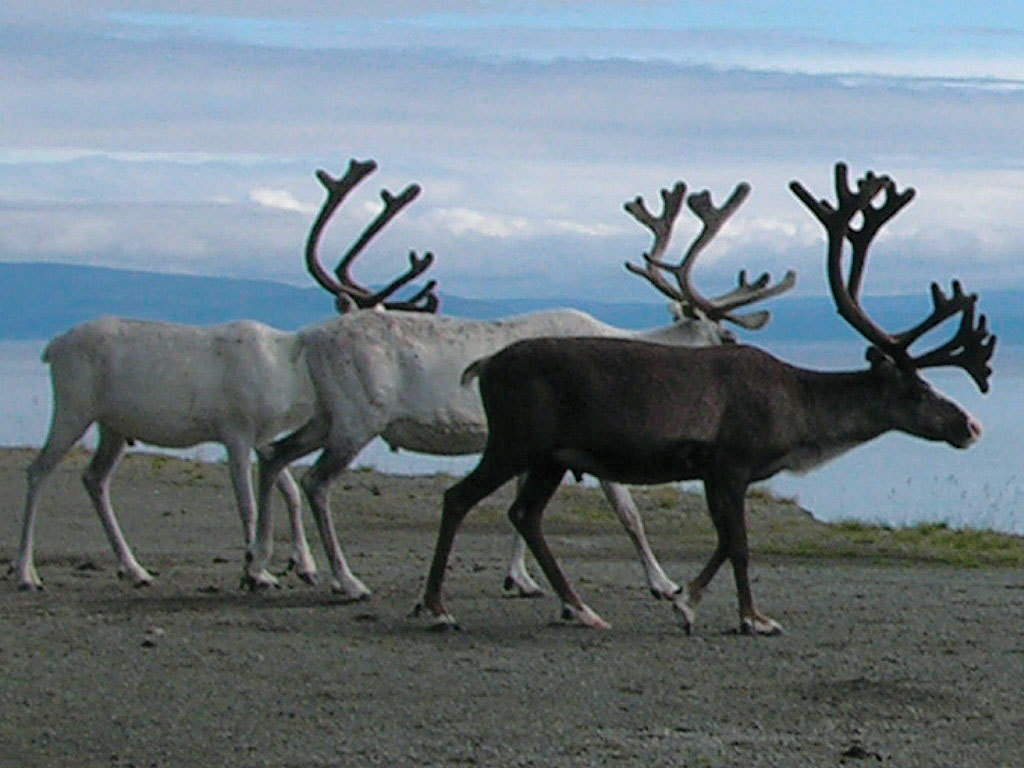 In the vendor area you could get your new patch sewn on your vest, get a tattoo, buy local handicrafts and food specialities, or watch some wonderful airbrush work by a local artist.

Sponsoring dealer for Arctic Chapter, Reidar Samuelsen, and his dealership Harley-Davidson Nord Norge, was also present with his familiar dealer bus and sales tents loaded with merchandise and new H-D motorcycles on display. Reidar had also put up a service station in the vicinity where participants could get an a vibrant atmosphere that was enthusiastically welcomed by its citizens.

There were many nice bikes to see, but it was an old Electra Glide which particularly caught the public’s attention. It had stickers from all corners of the world, and had clocked 573,000 miles. An Australian couple had been touring almost continuously for 14 years with this bike and actually visited every nation on the United Nations official list! Such an achievement on a 400kg non-adapted Harley, riding under all kinds of road conditions, deserves the highest respect.

On both Friday and Saturday the ‘Arctic Games’ were convened at the rally way from the US. Around 2,000 people filled the town square, and music from the stage could be heard miles away. 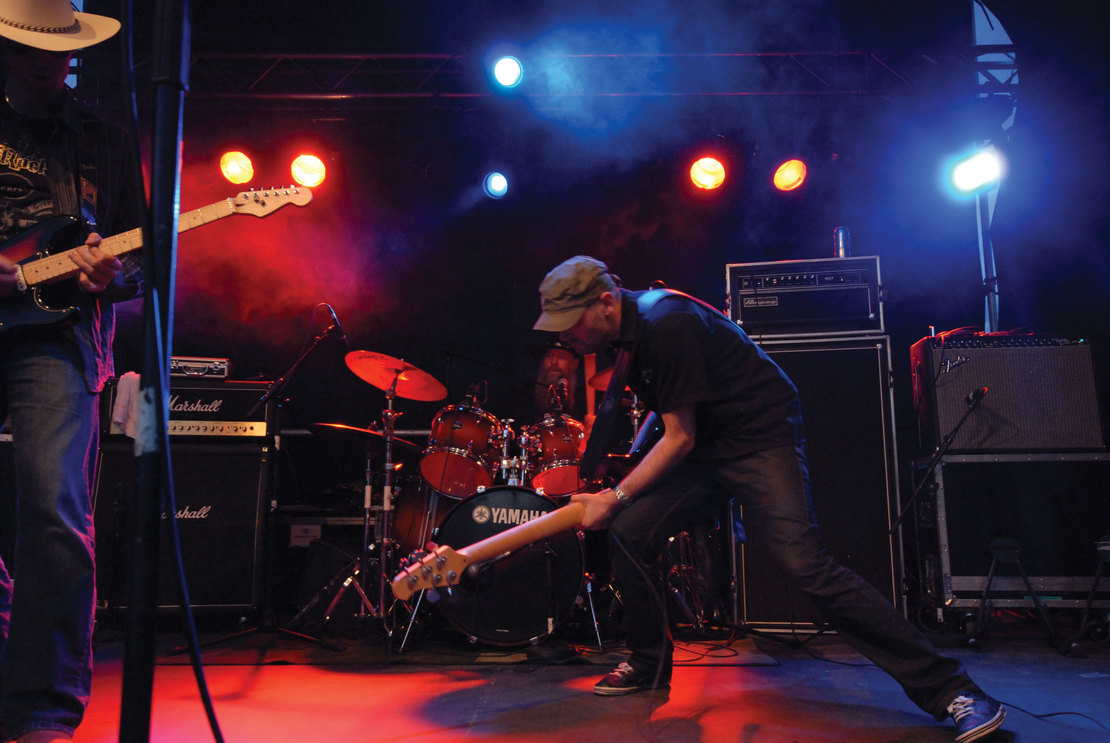 Astonishing mountain peaks and open sea surrounded the site, and the sun stayed above the horizon most of the night. After some sunny and warm days Saturday morning emerged with wind and rain, although this didn’t stop some hardcore bikers attending the planned ride-out to Henningsvær. In the late afternoon the weather gradually got better and people started filling the rally site. It was then time for the National Rally lottery ticket draw, assisted by the local police. The Arctic Chapter in cooperation with Harley-Davidson Nord Norge had put up a really nice lottery prize, a brand-new Sportster XR1200. The winner was one of the sound technicians who had been dreaming of buying a Harley for a long time.

The rally also had a bike show, and the three best in each class were displayed on the jetty so people could take a closer look and vote for the ‘people’s choice’. A jury determined the winners within the categories Sportster, VRSC, Dyna, Softail, Touring, CVO, Veteran and Custom. The winners received prizes donated by Milwaukee Tool and Harley-Davidson Nord Norge.

It took most people by surprise when a very special announcement sounded from the loudspeakers on the rally site. The voice belonged to none other than Willie G. Davidson, sending a message from the dealer meeting in Las Vegas and greeting the participants at the northernmost national H.O.G. Rally ever. This resulted in spontaneous cheers from all the bikers.

On Sunday morning it was time to break up and move on, and while most participants hit the road for the long ride home, around 100 Harleys extended it even further and set out on a three-day 900km ride to the North Cape.