(HOG magazine, autumn 2009) Castigliano from the Bergamo Chapter, Italy, writes about their voyage to the Harley-Davidson Euro Festival in Grimaud, France

I’m convinced that taking part in a rally is a good excuse to go away on a trip, get to know the area it’s held in, and meet other people with whom we share this healthy passion for Harley-Davidson.

Having said this, let me add that there are various ways of getting to a rally: leave at the last minute with a race down the motorway from one toll booth to the next, stick to the same motorway ‘because I don’t want to worry about finding all the different roads, or because I like service station sandwiches’, or go for the experience of riding your own bike. We chose the latter, setting off on a 1,300km journey. 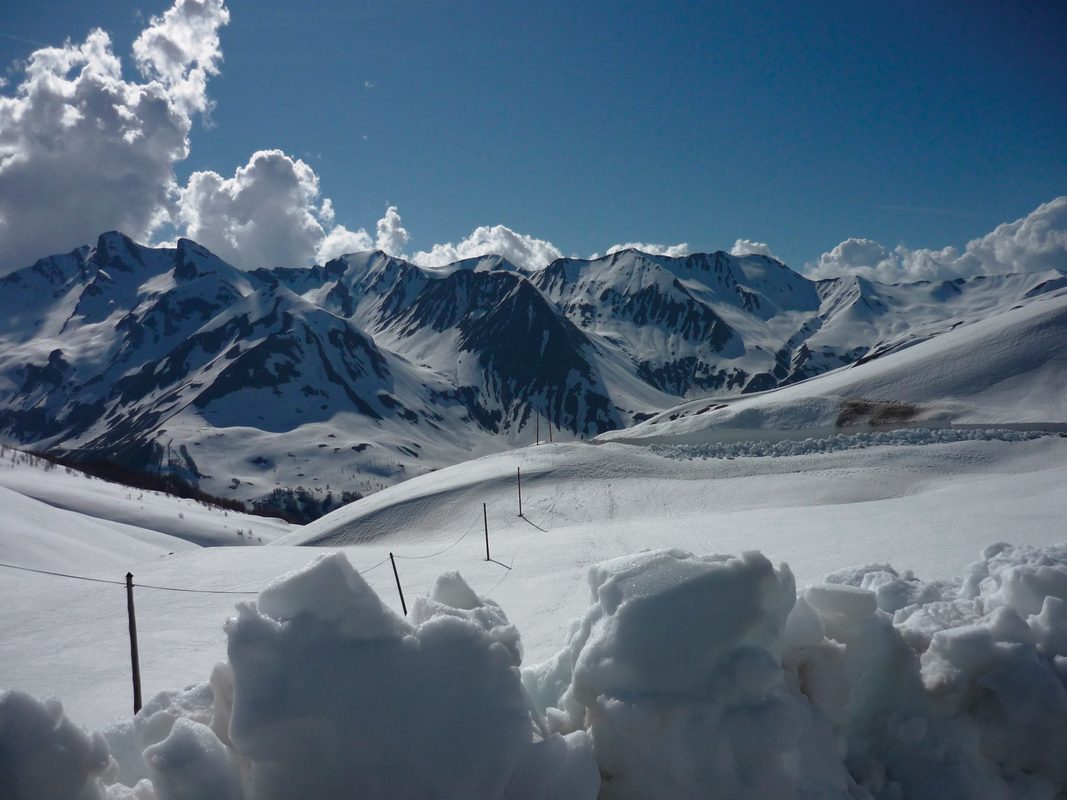 On Thursday morning there were 13 of us with 10 bikes and we’d planned to join up with three other friends on the way to make a group of 12 bikes.

We decided to enter France via one of the most spectacular routes, the Maddalena Pass, plunged deep within the province of Cuneo. The road quickly sped by beneath our wheels and, after having a bite to eat on the outskirts of Cuneo town, we set off towards the wide bends of the Stura Valley, passing through some delightful countryside. The mountain pass greeted us with more than two metres of snow. The sky was clear, there wasn’t a cloud to be seen, the temperature was perfect, cool but not too cold, and the tarmac had managed to withstand the harsh winter with only a few holes to look out for. 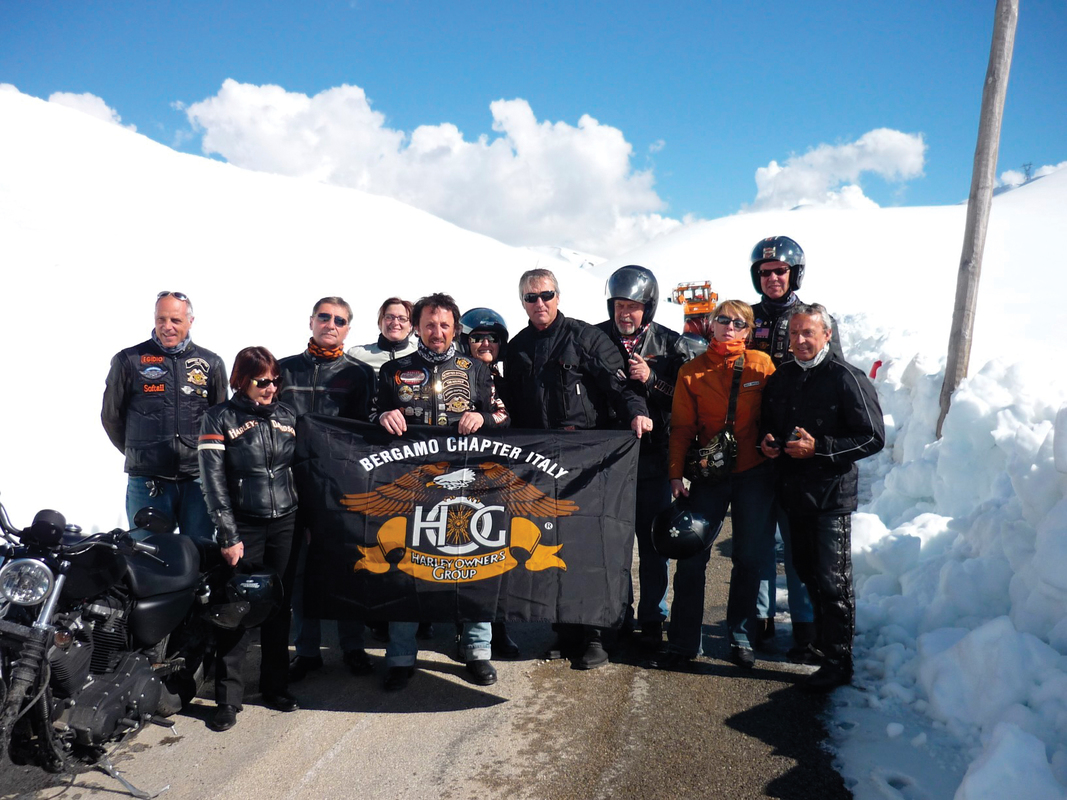 Once we’d taken the compulsory photo we crossed the top of the pass and arrived in France with a long, wide, breathtaking drop towards Barcellonette, the regional capital and the place to go for anyone who wants to experience the Mercantour Alps.

Having got lost but then found our way on the road that we’d decided to follow, we started our ascent to the Col d’Allos (2,240 metres). Not many of us knew what to expect: a long 25km climb through forests, abandoned villages, hairpin bends with sheer drops over deep ravines, but no traffic whatsoever and tremendous views. As we gradually got higher and higher up, the amount of snow on the sides of the roads increased, until the last 500 metres of our climb where we passed through two walls of snow more than two metres high. The strange thing was that the walls were perfectly square and it was as if we were in a large cool box: around the bend we came across a snow plough. We were later told why: the mountain pass had been closed due to the snow until 5pm that day. We passed through it at 5:20pm. The descent was an adventure to top all others and after hairpin bends enclosed by two walls of snow, grit in the middle of the road, water from thawed ice and even a snowslide blocking most of the roadway, we arrived in Colmars, a well-known ski resort situated at the source of the Verdon river.

We travelled down the Verdon Valley along a road of gentle bends, which allowed us to relax and enjoy the glorious temperature and the superb countryside. The Verdon is famous for the gorges it has carved in the sandstone about 20km downstream, but near our first destination an impressive dam already formed a series of emerald-green lakes.

Castellane was our first stop and where we spent the night. We were convinced we’d managed to bring our Harleys to places where very few Harleys had been before, which gave us all reason to feel very proud of ourselves. The next day we were greeted by the wonderful sight of the Verdon Gorge. Once we’d crossed the bridge at the point where the Verdon flows into the large lake, we turned left on to one of five roads rated the most beautiful in Europe: the D19 towards Comps. From there, crossing the Var and entering Provence, the descent towards St. Maxime and the sea in the Gulf de St-Tropez lead us to our final destination of Port Grimaud, home of the Harley-Davidson Euro Festival.

On Sunday morning, after two days surrounded by bikers from all over Europe, we experienced  our  final  thrill: the parade through the applauding crowds brought tears of emotion to our eyes.