(HOG magazine, spring 2010) The American continent is veined with roads that bikers dream of. But getting between them isn’t always easy. UK H.O.G. member Dan Shell spent 2009 discovering that with enough conviction you can get your Harley-Davidson motorcycle virtually anywhere

I fell in love with Harley-Davidson at a very young age. I remember being allowed to sit on this huge bike outside Ed’s Diner on the King’s Road and being completely in awe of it. But it was some years later before I started riding. In 1993, I was working as a bartender in the Caribbean where I made friends with an eccentric Frenchman. He bought a Harley but needed to increase the mileage before he could import it to France. He asked me if I’d mind riding it around the island for a few months before the dealers shipped it back – I didn’t mind a bit! 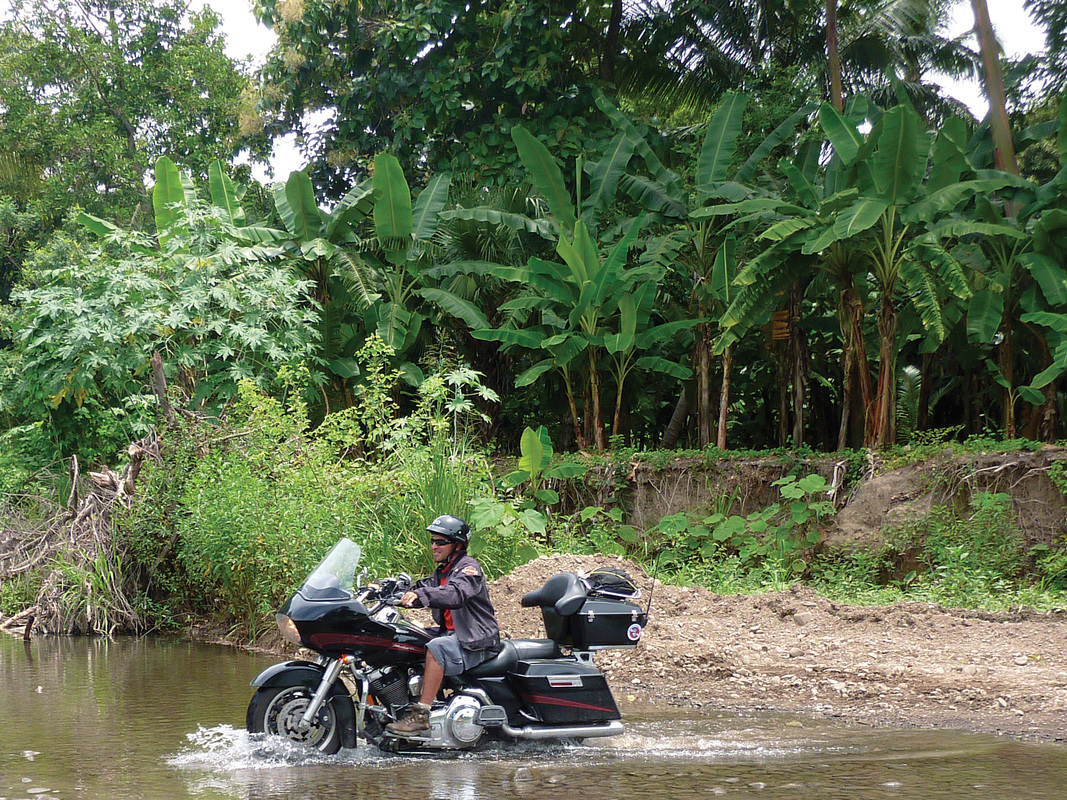 Before long, I bought  my very  own  – a ’93 Sportster 1200. Then, it was on to the Big Twins with Betty, a ’97 Springer. After seven years happy riding, I traded Betty in for a brand new Road King  Custom which, with a little customising, is the bike I ride today.

I’ve ridden around Europe, attending every European H.O.G. Rally since 1995, but I was longing for a ride that would see me on the road for more than three days.  I would sit in the office of the bar I owned in London and dream of riding through deserts, over mountains, along beaches. 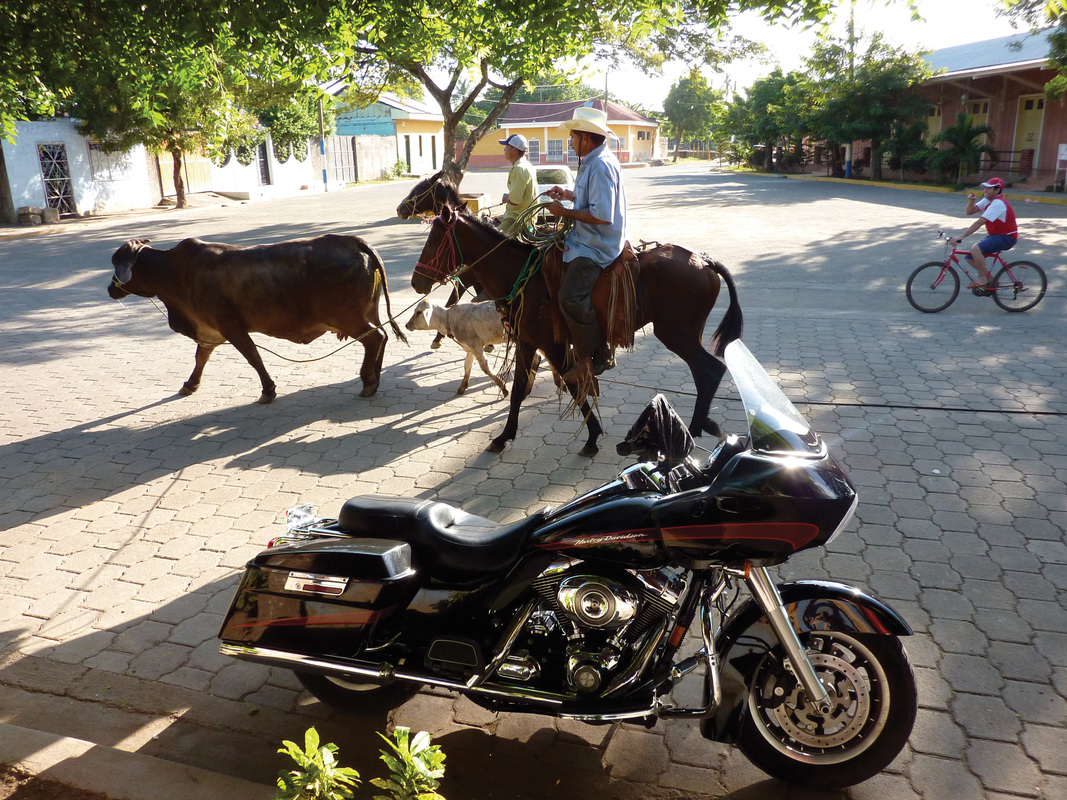 Then I discovered the pan-American highway 29,800 miles from Alaska to Tierra del Fuego – it was all here. My dream. My ride. But it would take more than a year, and all my riding buddies had families or other commitments that would keep them from joining me. It looked like I would have to go it alone.

Within a year, I’d sold my bar and was staying with my parents while I prepared for the trip. It was then that I met Jacquie. A friend of my sister’s, she was new to the town, a biker and a snowboarder. We chatted insatiably about the trip, and got together in June 2008. I intended to leave in August, and amazingly, after just a few weeks together, she decided to come with me. We would make the journey together. 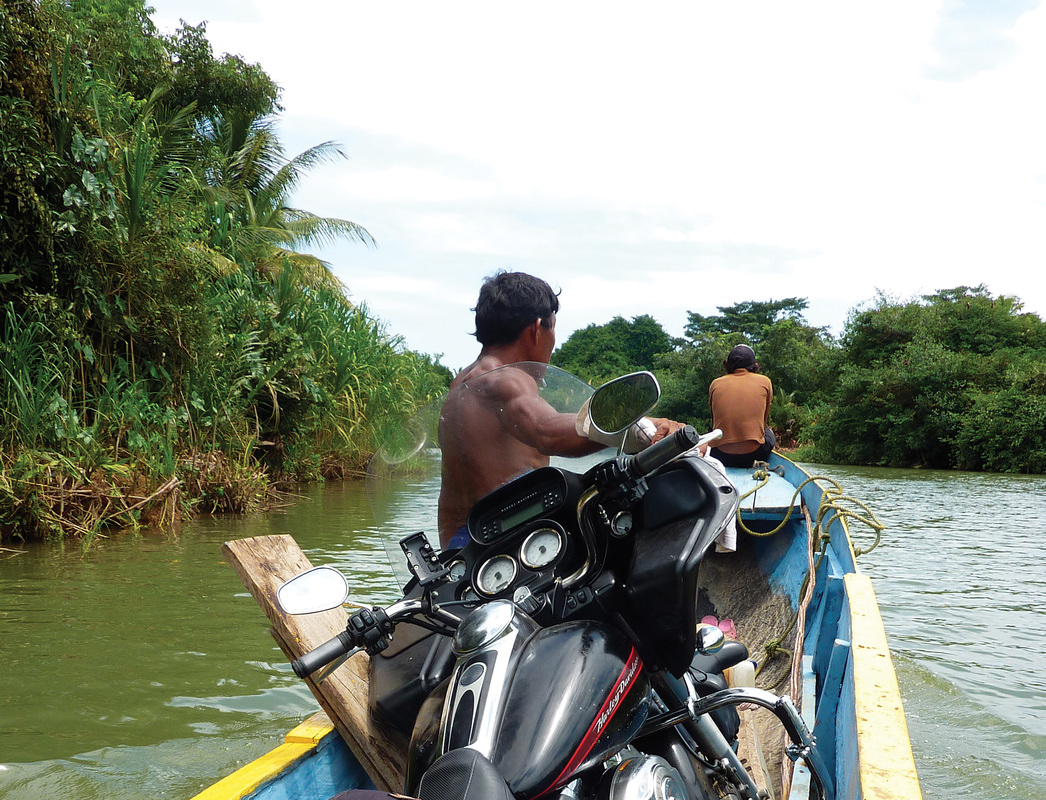 When it came to it, autumn was closing in, so we decided to miss out Alaska, start in Florida and head straight into the heart of central and south America. After two weeks’ searching, we found our bike. ‘Reginald Garth’ the Road Glide was ours.

We took a dry run down to the Keys and back from our friend’s house in Venice, Florida, and two things became apparent: we were spending far too much money; and we were severely overloaded and disorganised with our packing. It was time to get serious, and make our dash for the border. And dash we did – on February 12, we crossed the border into Mexico and began our journey south. 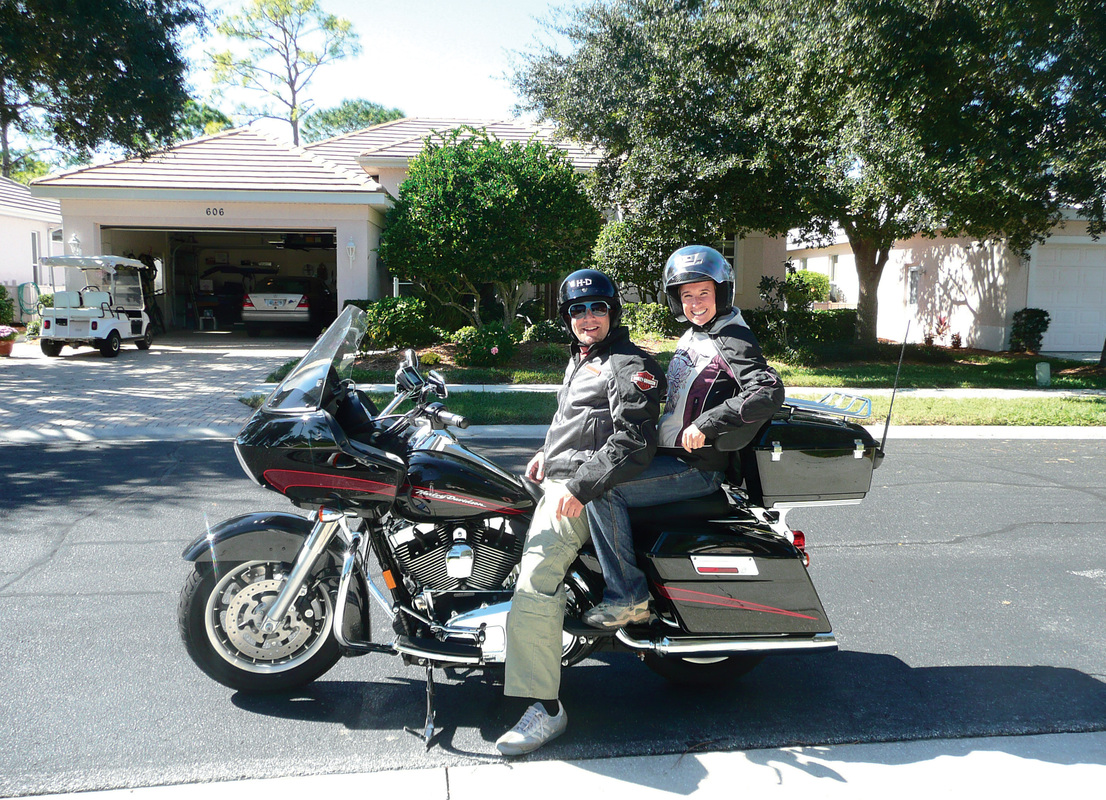 Between San Blas, Panama, and Cartagena,  Colombia,  there’s  a   stretch of ocean – not something you can ride across. I had deliberated for several days about whether to cross by boat or ride round, and had decided that sailing was the best option. Following some wise advice from fellow bikers, I’d been in contact with the captain of the Stahlratte, a 106-year-old fishing boat that was making the trip. The captain assured me that getting the bike on the boat was not   a problem, all I needed to do was cross a small stream and the rest would be easy.

I met the boat at Carti, and knew I had    a tough ride ahead of me. At 5am,  the Jeeps arrived at the hostel to collect the other passengers and my luggage.

Following the first Jeep out of Panama City towards Chepo, this 40km stretch led to the river I needed to cross – I was filled with excitement and trepidation. If I dropped the bike and couldn’t reach my destination, I’d be lost. 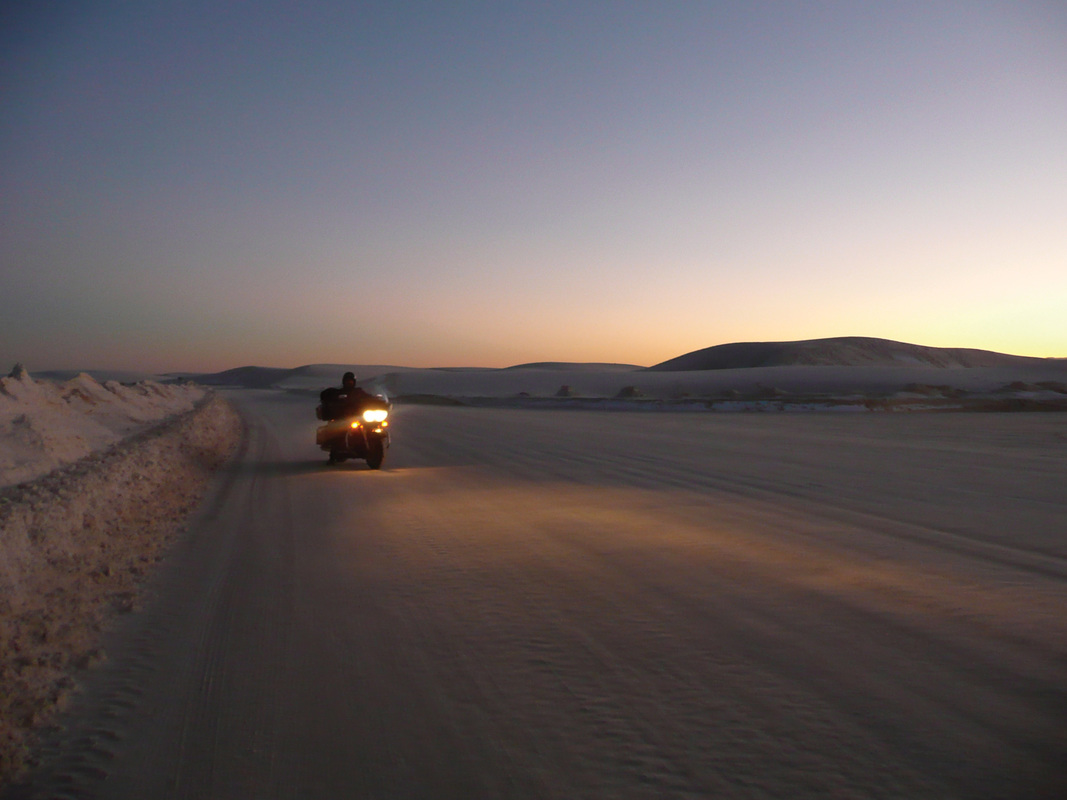 The track was composed of gravel: loose gravel, packed gravel, rocky gravel, muddy gravel and, in parts, just mud. The back end of the bike was fishtailing wildly behind me in the mud and skipping on the loose gravel, but with determination, careful braking and timing the uphill sections meticulously, I finally made it to the river.

This was no small river. The level was much higher than I’d been led to believe, reaching the top of the wheels of the huge trucks that were edging their way across.

It was as high as my saddle and the current was strong. I considered several options, including loading my bike  into  the  scoop of a JCB and driving it across the river. 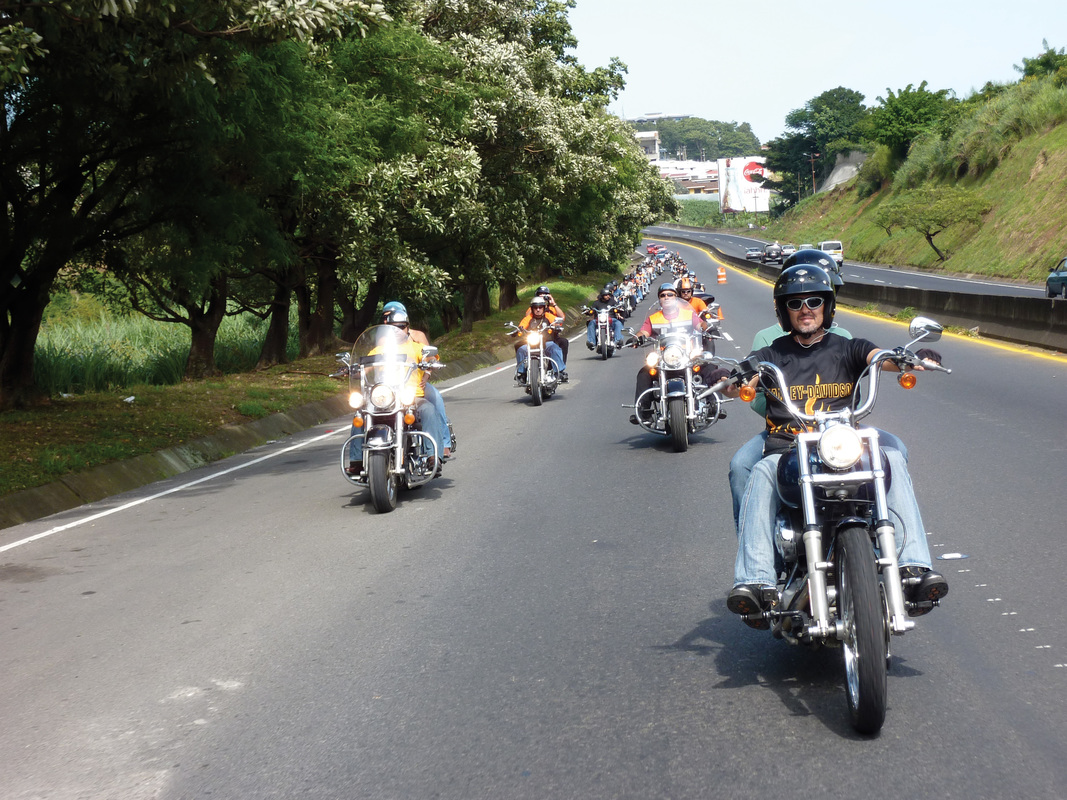 Unfortunately, the scoop wasn’t wide enough. The boat that was coming to meet me couldn’t make it down the river as it was too shallow. I had one option left – the Kuna.

The Kuna Indians are a fiercely independent indigenous group in Panama, occupying the islands along the coast.

They have resisted the pull of modern life and still live a traditional existence on their island communities. There was a group of eight or nine Kuna men at the banks of the river, and after a little haggling and laughing, they agreed to lift the Harley into one of their canoes and walk it across the river to the other side. 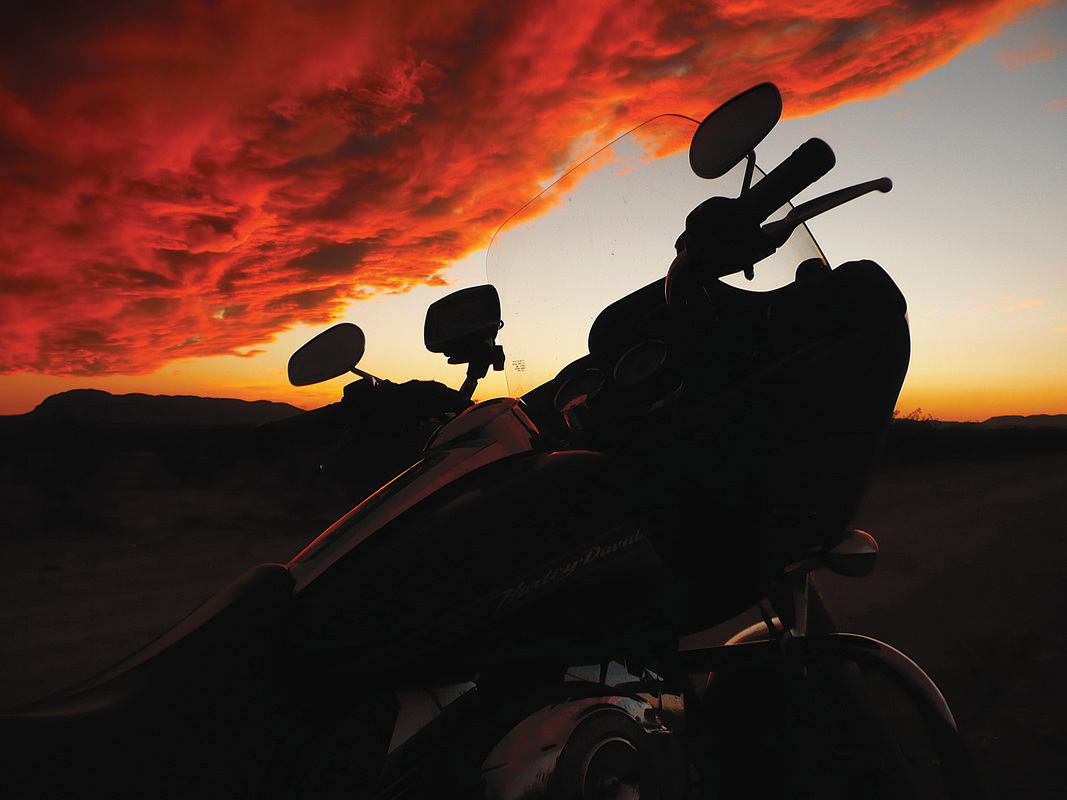 I was not without fear as I rode the bike down the mud banks and into the river alongside a canoe that was barely as wide as the motorcycle itself. With some hefting and huffing, we hoisted first the rear, then the front end into the canoe, and began to pull it across the river.

Within a few minutes were repeating the process to get the bike back out. 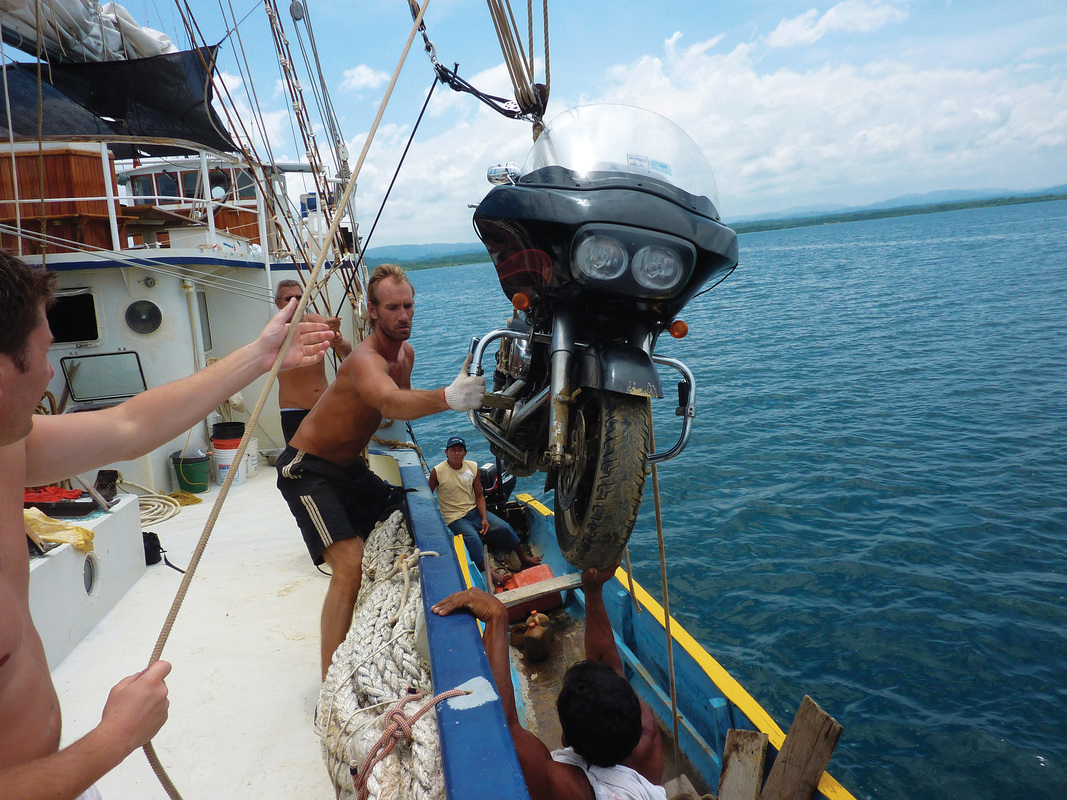 I was filled with accomplishment. I got back on the bike and rode along the dirt track to the next river where I would take another boat – a lancha – to the Stahlratte. Getting the bike in this boat was even more of a push, and both my motorcycle and I sustained a few minor injuries, but once safely wedged in, we set off towards the Stahlratte. Here, a tall German, nicknamed ‘Tachicumba’ (the big man), strapped ropes to my bike and began the not-unspectacular feat of winching the Road Glide from the lancha on to the larger boat. I was there.

Now, it was time to relax, snorkel, share jokes and stories and for me to put my bartending skills to good use once more.