The sound of Harley-Davidson® motorcycles broke the silence on Friday morning as riders thundered into the parking lot of Ultra City in Middleburg, South Africa, enthusiasm and anticipation could be felt in the air. Dullstroom, we explained, is the home of The Rally of Legends that is hosted by the Zambezi Chapter. This picturesque village is nestled in the Mpumalanga Highlands and is well known not only for its beauty, but for fishing and a multitude of outdoor activities ensuring the hustle and bustle of this town. 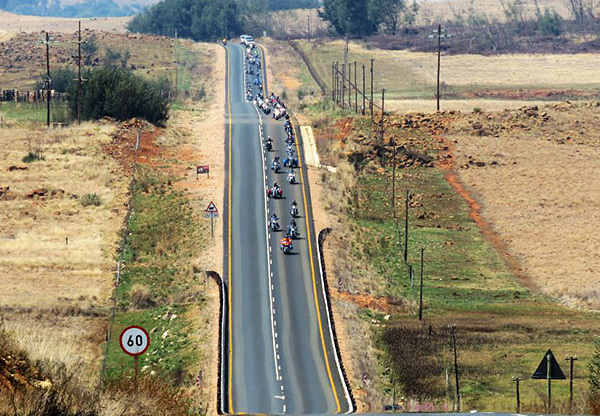 We shook our tail feathers in haste to reach our destination as the realisation that ice cold refreshments were waiting for us just around the corner. As we reached the rally site, the delicious smells of all those rally favourites permeated the air. The thought of pancakes, pap en kaiings and meat cooked to perfection had our tummies rumbling and our mouths watering. It had indeed been an exhilarating ride. The rally site came alive as the 415 registered entrants put everyone to the test, refreshments and food were the order for the day.

After the much-needed refreshments, we took the opportunity to meander through the variety of stalls to see what was on offer. And, oh boy, was there a lot to look at! Jewellery, clothing, sunglasses, leather items and the Harley-Davidson Zambezi tent had us digging out our wallets as we purchased displayed items. A souvenir, or two, or three is always a must-do! With smiles on faces, heavier hands and lighter wallets, it dawned on most of us that we still had to complete our registration. 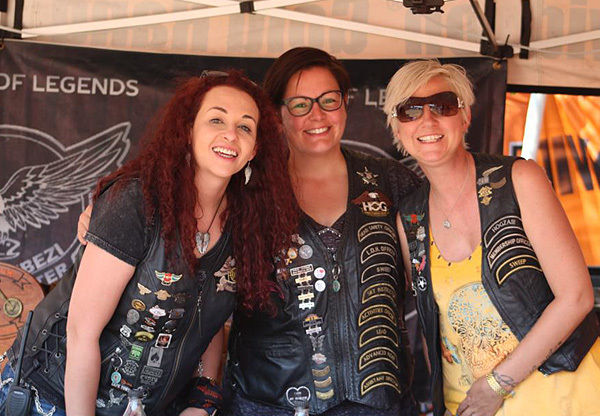 Friendly smiles and heartfelt welcomes greeted us at the registration desk as we were assisted quickly and efficiently. Laughter and good music could be heard as you approached the entertainment area, setting the mood and offering promises of a fun-filled weekend ahead. The afternoon entertainment started off with Gary Fordworth, who had us on the dance floor rocking along with the good music and personal requests that were put forward. Little did we know that the evening ahead held even bigger promise as the three-girl band ‘Saarkie’ took to the stage. The lead singer had the perfect mixture of voice, somewhere between Stevie Nics and an angel. And I must say these girls definitely know how to keep a party going. To have such talent at a rally proved that the Zambezi Chapter Rally organisers had indeed done their homework. 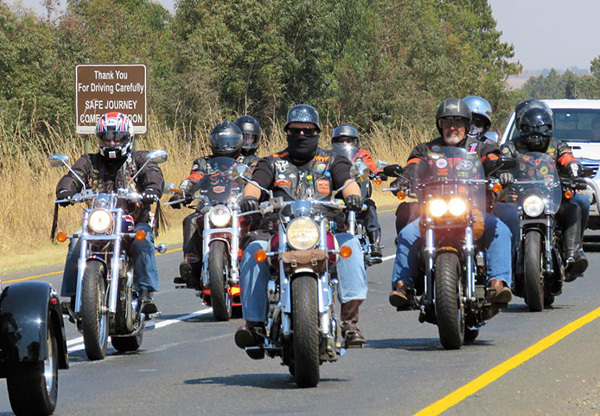 Saturday morning saw us headed to the Highlands Golf Estate to enjoy breakfast and collect our gift bags. The two outrides that morning was a 350km and a 150km ride that had nine and 37 participants respectively. The scenery was beautiful and breathtaking as the 150km route passed via Sabie, White River, Long Tom Pass, God’s Window and Pilgrims Rest. For those who wanted to take the day at a slower pace, there was the 18km mass ride back to town. This afforded the opportunity to explore the beautiful little town that had so graciously allowed us to host our rally there. The Harley® games commenced that afternoon with the Zambezi Chapter taking home most of the trophies. It would appear they are incredibly well practiced at handling a Harley-Davidson motorcycle! Either that or there is something special in that Pretoria water… 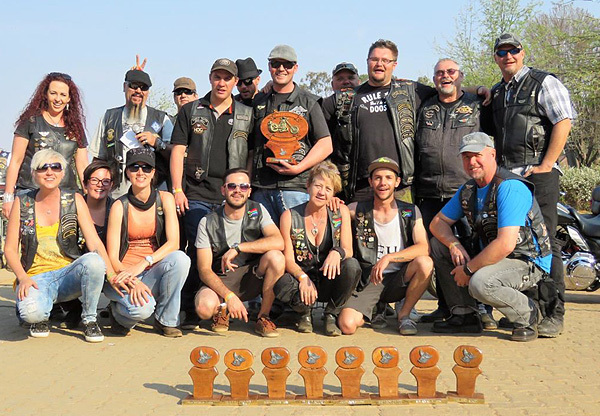 The prize-giving ceremony was held on Saturday evening with a special introduction given to Mr Etienne Le Roux. At the young age of 72 he has never missed a H.O.G. rally and has attended many other biking rallies across the country. His current Harley-Davidson Switchback® is only five years old and has clocked 237,000km. H.O.G. Zambezi had a charity stall at the event to assist with raising funds for the Helping Hands Epilepsy Centre. A raffle ticket for a motorcycle made entirely of beads, as well as an auction for two Bles Bokkies and the Zambezi Chapter’s famous kiddies push bikes helped to raise additional funds for the charity of their choice. The push bikes even came with a lifetime free service plan, which I am sure helped to push the prices through the roof. The bidding was done in good spirit and the bikes kept being returned for re-auction. The total handed over to charity was R52,000 (€3,000)! A huge thank you to each and every individual who made this miracle possible.

With the formalities behind us, the entertainment continued. Those push bikes were put to the test as they were raced around the dance floor, proving that age is but a number and that we are all young at heart. From the word go, the rally had a welcoming and homey atmosphere. The nights in Dullstroom might be cold but the Zambezi Chapter have hearts of gold and a fiery spirit. 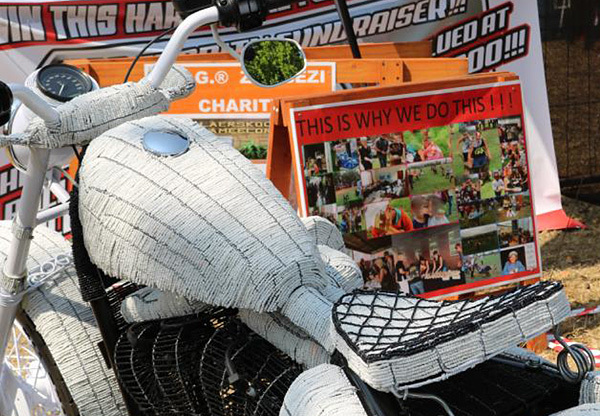