In September 2007, 34 members of the Hannut Chapter in Belgium hopped on 17 bikes and one trike to begin their journey around Corsica. Jo McIntosh reports on their magical trip

After many months of planning, the day finally came. Our journey would take us through to in where we would take a ferry to . Over two days we covered 1,140km to reach the port – the trip took us through the where we could ride and enjoy some spectacular scenery. Our overnight ferry crossing took us to in .

Our first morning in , we left the ferry and, at 8.30am, Thierry, the Director of the Testa Mora Free Chapter, opened his shop. He welcomed us as if we’d always known each other! Before we left, he gave us a run-down on the dangers on the roads in – cows, sheep and even horses on the twisty, narrow roads, for example.  He then accompanied us for a few kilometres to see us out of the town. 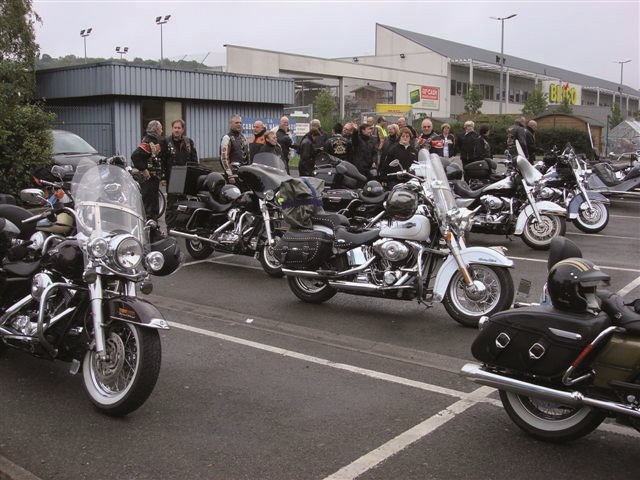 Soon after, we tackled the winding mountain roads on the way to Cervione. We split into three groups to ride through these challenging twisty roads. We regrouped at Ponte Leccia and rode together on the road to Corte, where we would be spending the night.

The next day, we left Corte en route to Vivario, then via a very narrow winding road to Ghisoni where we came across cows and goats roaming freely in front of us. Carrying on to Ghisonaccia, we stopped for refreshments in an excellent restaurant, Le Cintra. We continued on the N196 to Solenzara where we stopped to swim in the beautiful blue sea, and then on to the Bavella Pass in the Alta Rocca Mountains. 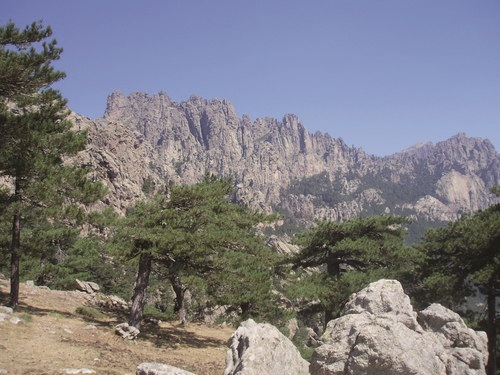 We left the Pass, not forgetting to take a photo at the foot of Notre Dame des Neiges, and headed for Zonza and Porto Vecchio where we were to have a rest day. We checked into the Golfe Hotel just outside the town and took a well-earned rest by the swimming pool before having dinner.

An excellent breakfast set us up for a day of rest and recreation ideal for sight-seeing. Two groups went off to Bonifacio to visit its magnificent castle, the and the impressive port. Another group went to the port, hired a boat and sailed along the coast to Bonifacio. Some of our colleagues had set out to discover the region’s beaches with their turquoise-blue water – one thing’s for sure, there’s no need to go to the Caribbean or the to find wonderful beaches. 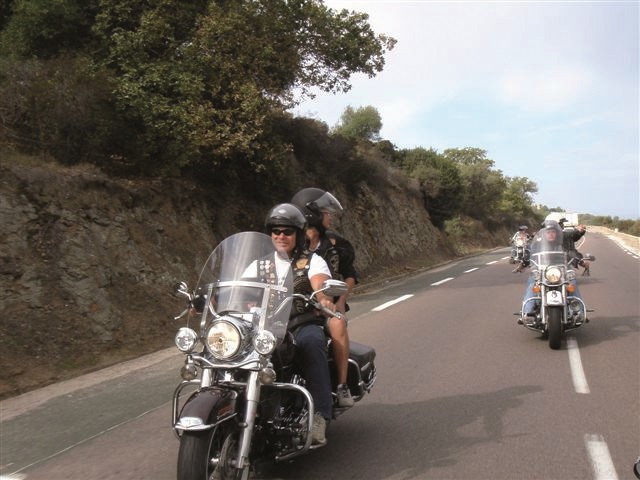 Refreshed, the following day we left Porto Vecchio en route to . We took the N196 to Sartene where, to our great surprise, we found a cow wandering casually among the cars! After stopping in the town square, we split up again as the road was more winding and narrow.

We headed for Propriano, Porto Bello. At we relaxed in an idyllic setting just by the sea, had refreshments in the La Crique restaurant and had a dip in the clear blue water – wonderful! We carried on along the D577 towards the from where we could see the in the distance, and then went down into for our next overnight stopover.

We left heading for Calvi via the D81 coast road. Before getting to Cargese, we stopped at the magnificent beach at Pero with its Ta Kladia motel next to the sea. On to , via the Calanches de Piana – rocky pinnacles, columns and amazing figures carved out by the weather, the wind and the sea – more than 300 metres high, these rocks project into the sea where you can see their mirror image. 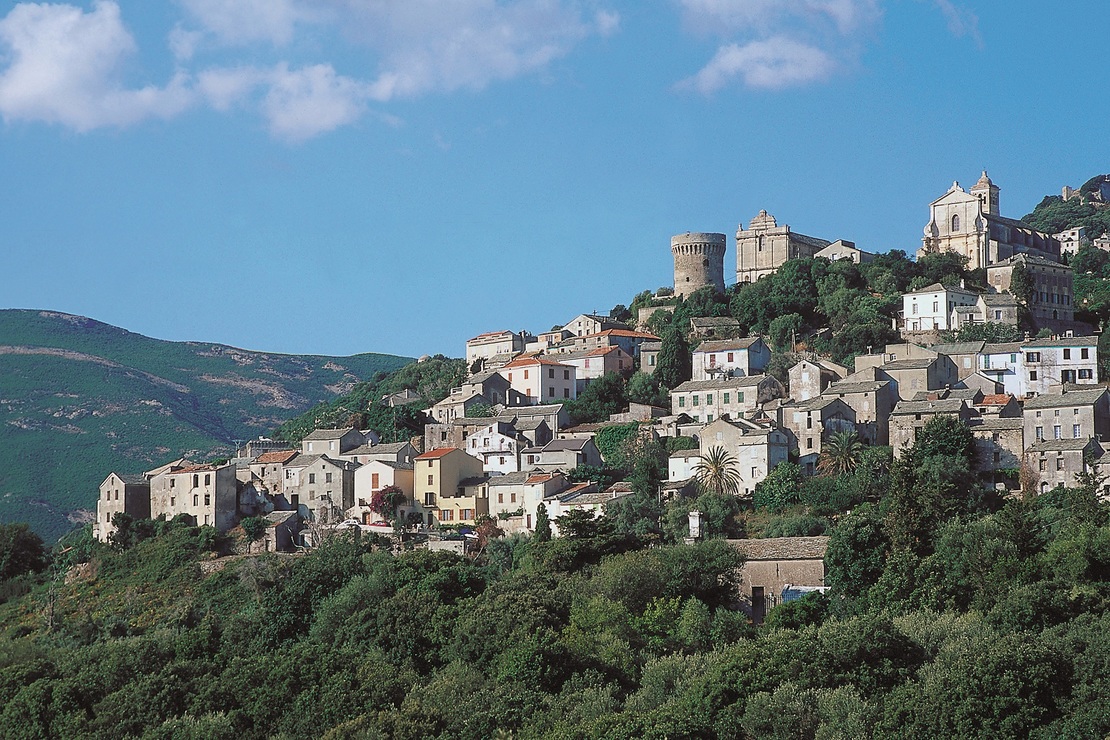 We enjoyed some local seafood in the little , and then continued towards Galeria where we stopped at a shingle beach to have a swim. Other members of the party took an alternative ‘tourist’ road and after a few kilometres of rough track they were attracted by a roadside shack. There they came across Pascal, a young shepherd-boy who played Corsican songs for them on his guitar. They wouldn’t have missed that for the world! Then it was their turn to burst into song, with Marc leading the way – Francis Cabrel had better watch out!

We reached the Hotel Mariana overlooking the that evening. A railed-off area had been arranged for garaging the bikes. After checking in, we had a stroll to the castle above the town and the port, where an evening spent in a good restaurant helped us have a good night’s sleep. 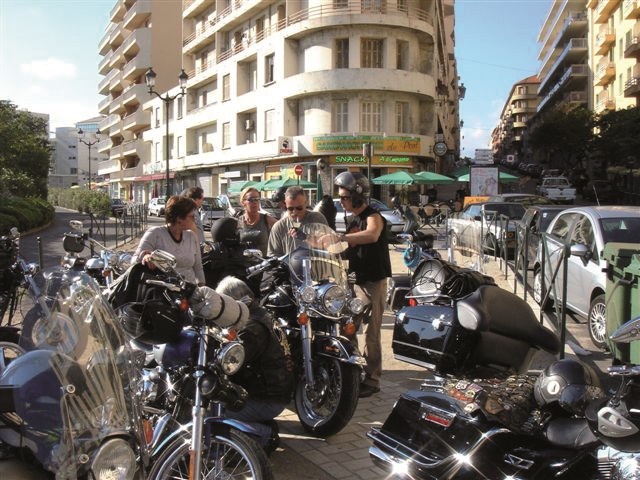 On to the last stage, L’Ile-Rousse, Le Désert des Agriates and a stop at St Florent where our friend Thierry met us for lunch. And so with a feeling of sadness, we took the final ride back to , via Centuri and Macinaggio. At we said a final farewell to Thierry, and at 9pm we boarded for the crossing to .

At , Jean-Claude Sauve of the Fréjus Chapter was waiting to take us to Bandol where they had prepared a breakfast worthy of wine-growers (sausages, pâté, baguettes etc). We then took the motorway to . Some of the group called into the dealership in St Marcel Les Valences, and the rest continued on the motorway to Dole. 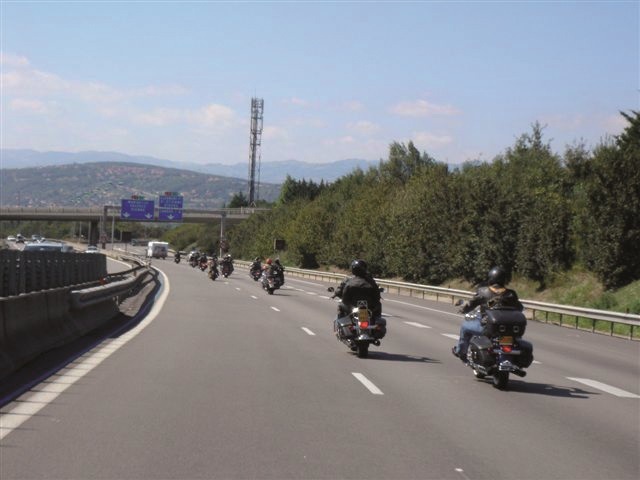 After our visit to the dealership and an excellent meal, we rode through the lovely on minor roads until we reached the outskirts of where we rejoined the motorway.

We spent our last evening in the same hotel and restaurant where we began this wonderful journey before returning to our homes near Jambes the next day.

And so ends this story of a wonderful trip that has left all our senses with so many memories, sights and sounds. I hope to repeat this fabulous ride with other biker members of the Chapter next year.