Nothing quite prepares you for the incredible sight that is Petra. The ‘rose-red city half as old as time’ once challenged the might of Rome – and then lay forgotten and hidden until 1812. Now elevated to one of the ‘Seven Wonders of the World’, this unimaginably ancient sandstone city, with architecture of jaw-dropping size and splendour, catches the imagination like no other place on earth. 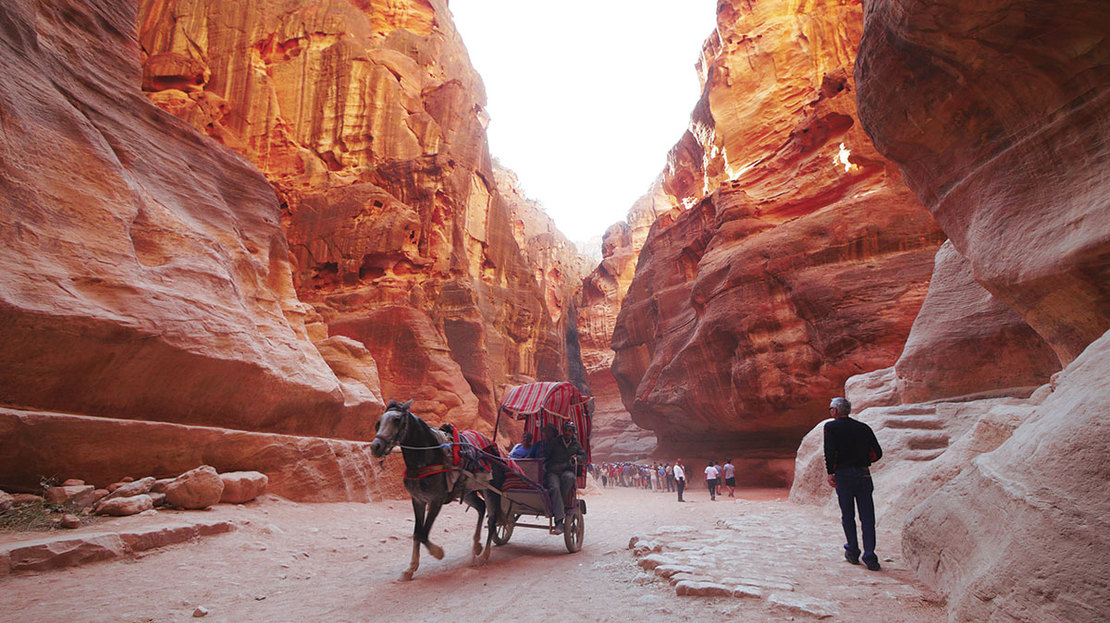 Yet Petra is just one of the incredible sights to be found in the Hashemite Kingdom of Jordan; and no less incredible a story is that of the first Jordan HOG Rally, held in November 2010 in Aqaba, in the south of the country. At the start of 2010, riding a Harley across the Jordanian border from one of its neighbours – Iraq, Syria, Saudi Arabia, Israel – would have been completely impossible; motorcycles had been illegal in Jordan for the past 28 years. Yet less than a year later the Kingdom of Jordan was hosting a Harley-Davidson rally, attracting almost 300 riders from Saudi Arabia, Syria, Lebanon, Bahrain, Qatar, Egypt, USA, the UK – and 14 H.O.G. members who rode their bikes all the way from Germany.

Most of this change can be attributed to one man – Claude Abry, the Dealer Principal of the country’s first and, at the time, only Harley-Davidson dealership, Harley-Davidson Amman. A Harley fanatic as far back as he can remember, Claude became a friend of King Abdullah II of Jordan while running the Royal palace kitchens and his infectious enthusiasm for Harleys persuaded the Royal Family to revoke the law – paving the way for Claude to first open a Harley dealership in May 2010, and then shortly afterwards to organise the country’s first motorcycle rally. Along the way members of the Royal Family have become enthusiastic Harley riders, including Chapter Director Prince Abbas bin Ali, the king’s second cousin. 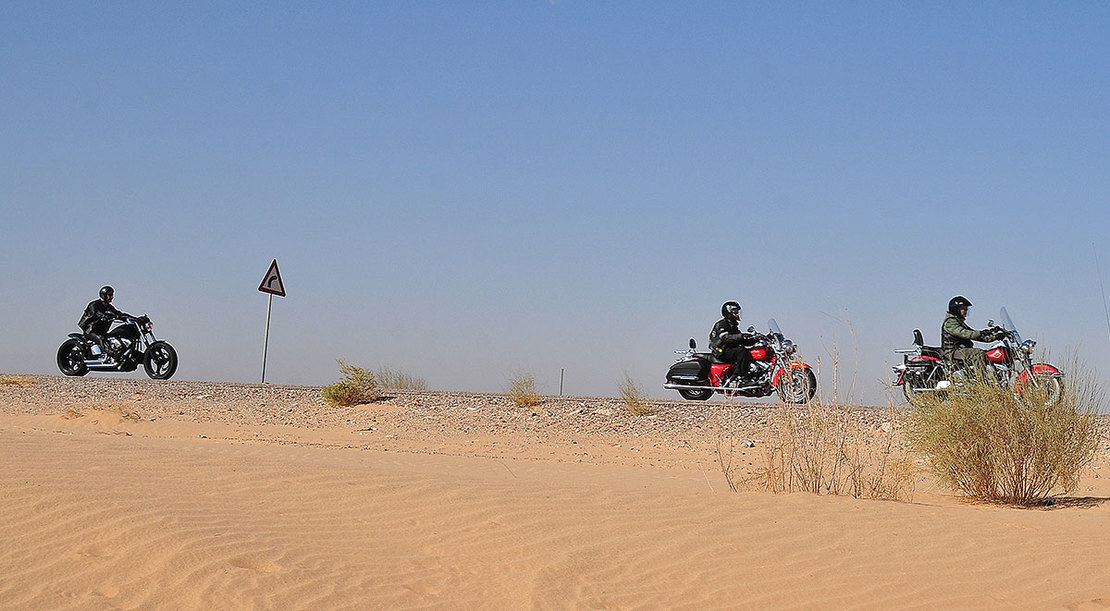 The rally site was the beautiful hotel complex of Radisson Blu Tala Bay at the free port of Aqaba, on the shores of the Red Sea; with Israel and Egypt visible on the further shore, with temperatures hovering in the 30s and beautiful local cuisine available, it is a wonder that anyone was tempted to leave the site at all. But tempted they were; the hotel was just the base, and the real rally took place in a series of guided tours to local attractions. And what attractions they were! The first day took in the Dead Sea, a world-class wonder in its own right, the lowest point on the surface of the earth at 410 metres below sea level and so salty that sinking in the water is completely impossible. Day two saw the intrepid riders visiting the eerie, stark desert landscapes of Wadi Rum, site of the exploits of Lawrence of Arabia and featuring in the famous film of that name; and finally to the unmatched beauty of the ancient Nabatean kingdom of Petra. 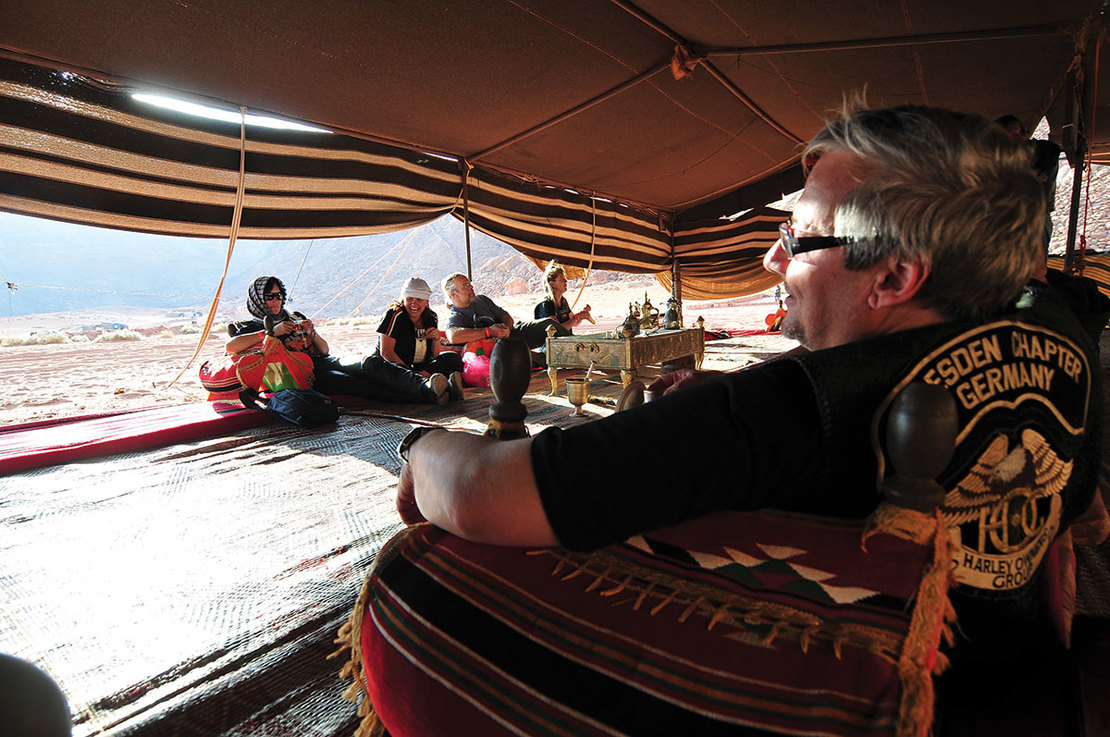 Each trip took in incredible roads through mountains, chasms and desert landscapes – ideal Harley-riding country – and each evening the beachside location of the rally site was alive with the entertainment organised by Claude and his team from the Dealership and the Kingdom of Jordan chapter. The entertainment reflected the diversity and variety of Jordan itself – rock bands, belly dancers, traditional Arabic sword dancers, DJ sets from DJ Beat FM – the evenings had something for everyone.

The culmination of the event was the country’s first ever motorcycle parade, an awesome site for the people of Aqaba, unused to seeing even a single motorcycle in isolation – a parade of more than 200 Harleys, complete with police escort and including members of the government and the Royal Family. What a site to behold and memories to be treasured forever. 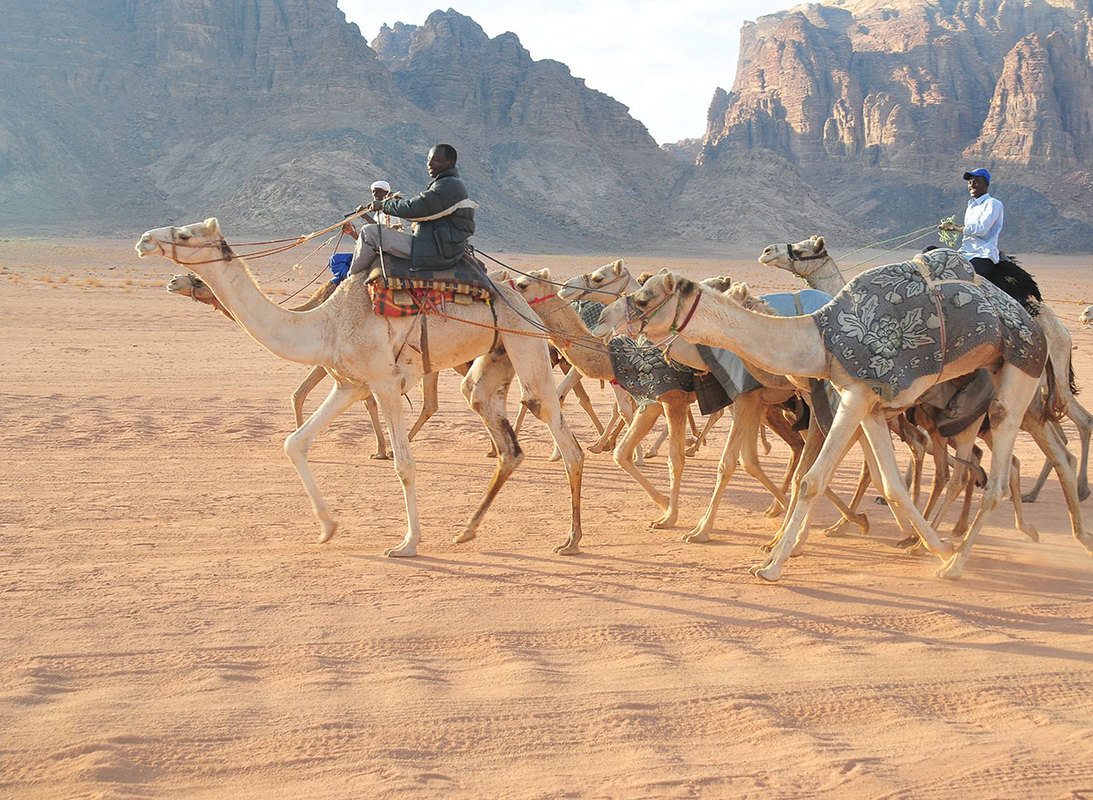