When six friends from Belfast crossed the Atlantic for an epic 5,500 mile tour across 12 states, a chance meeting in a Harley-Davidson dealership transformed their journey from a trip to Sturgis to the stuff of legend

For six seasoned riders, members of ’s Provincewide H.O.G.® Chapter, a trip to Sturgis and a tour along some of the most thrilling routes in North America was so much more than just another bikers’ holiday in the . This was an experience that would demonstrate the limitless friendship, hospitality and respect shared among Harley® owners and riders worldwide.

Paul Dobson and Collette O’Neill set off from in the direction of Sturgis with four friends: John, Lynda, Francie and Geraldine. The trip had been planned for more than a year, and the group were itching to begin their tour across 12 states and join the legendary rally at .

The first and most pivotal stop for the group was the Harley dealership at , where they were to collect their bikes. It was also the first opportunity for the group to experience the warm, genuine hospitality of the American biker family. The staff at the dealership certainly made the first of many indelibly good impressions: “We have to say, they’re a really great bunch of guys,” insisted Paul. “They couldn’t have had things more in order or done more to help us and make us feel welcome.” 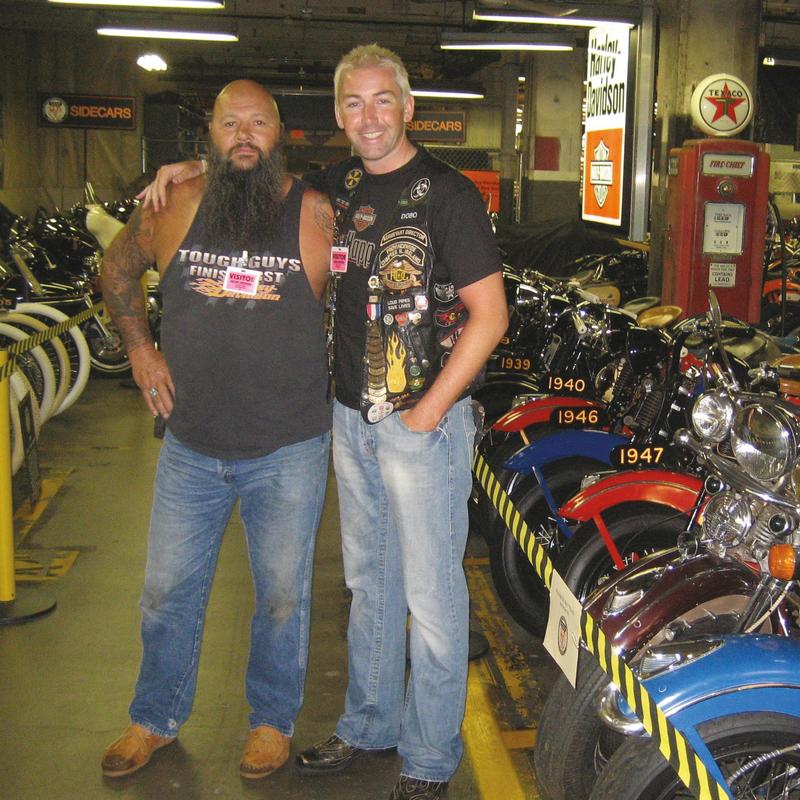 However, it wasn’t just the staff at the dealership that showed this remarkable degree of warmth and welcome. Spying a fellow biker across the dealership, his well-worn T-shirt reading “Work sucks, I’m going to Sturgis”, the group were sure they’d found someone to be their authority on H-D® in the . This was ’ Larry ‘Grub’ Solbo, who was also heading west to Sturgis.

Paul, Collette and their friends were understandably a little apprehensive at this stage of their journey. They were facing long rides of thousands of miles across unfamiliar territory, so when Grub insisted that the group join him and his wife Dawn, his brother and his wife, Pete and Shelley, the Provincewiders were delighted to accept.

The group left and the journey began. Collette remembered: “I will never forget that feeling, leaving the dealership with the open road ahead and the warm air on my face. We were on our way to Sturgis.”

Travelling in a motorhome, their three Harleys in a trailer, Grub and his family were switching between the two modes of transport, while the Provincewiders rode alongside. As dusk began to fall, Paul and Collette voiced their plans to find a hotel and stop for the night. Grub would have none of it. The Harleys were strapped to the trailer and the group were welcomed into the motorhome alongside the family. 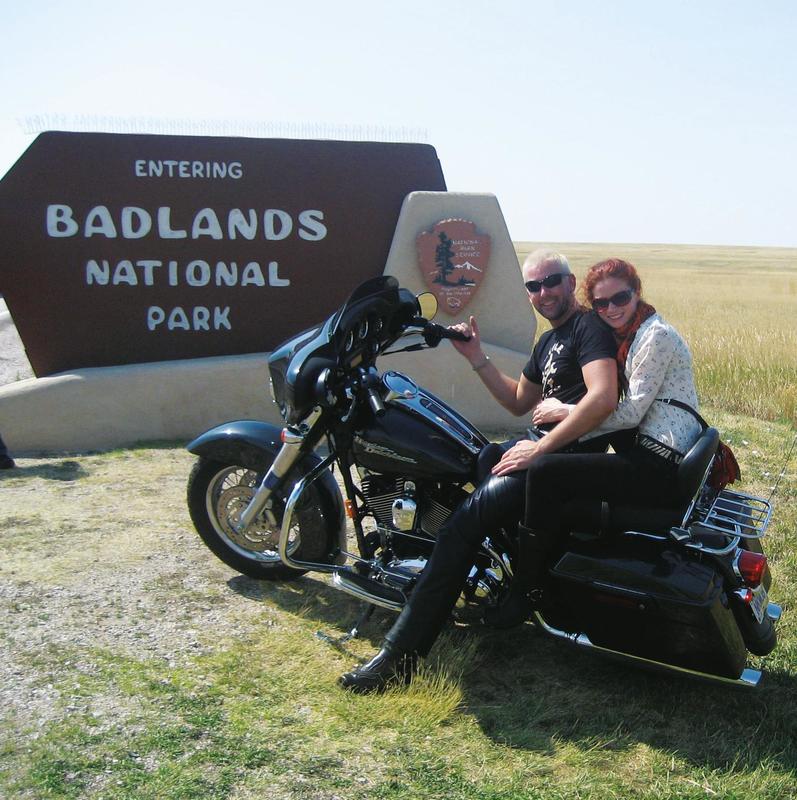 Monday saw the first real stop on the journey to Sturgis: Waldrug. This marked the start of their path through the stunning . “It was beautiful,” explained Paul. That night, the group had a stroke of luck and were able to hire a sought-after cabin in for the night.

The next morning they awoke, surrounded by wildlife and below unbroken blue skies; “Coming from , we were always thankful for this,” noted Paul. From Keystone, the group rode around Needles Highway, through the Wildlife Loop past herds of buffalo and, with the expert guidance of Grub, Sturgis veteran, saw Mount Rushmore, Custer, Crazy Horse mountain, Hill City and Rapid City – all in one day.

By Wednesday, base camp moved to , and the new friends were closer than ever. Paul remembered: “By this point, Larry had finally convinced his wife that looking after six strange, lost Irish people was actually a good idea – we were officially adopted!” 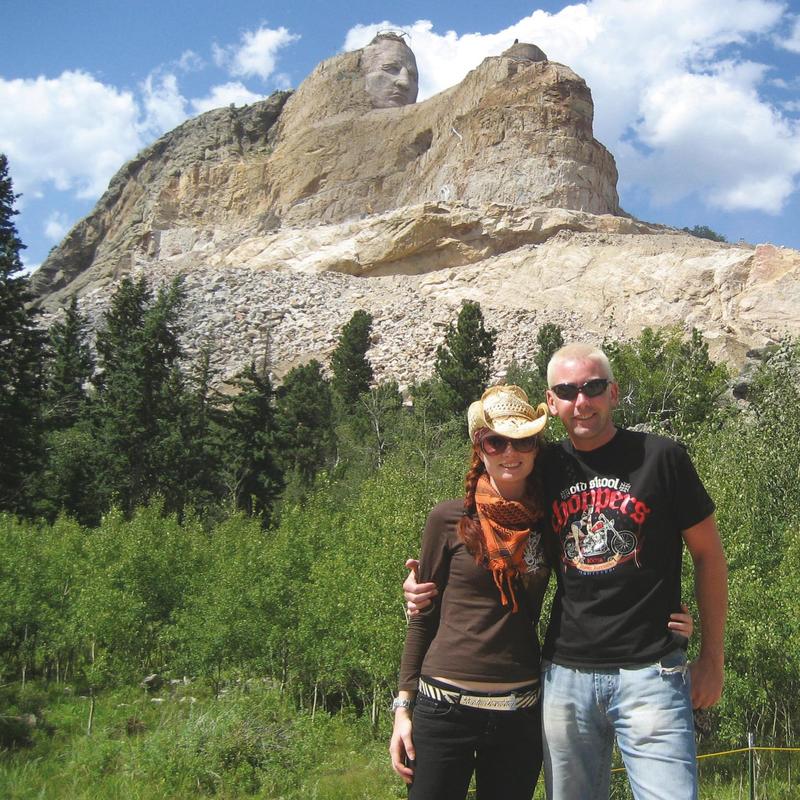 On Thursday, the group met some Provincewide friends at the Civic Centre in , before taking in a day of amazing riding, visiting Deadwood and making a stop at Buffalo Bill and Calamity Jane’s graves. This was real Wild West country, and unlike anything the guys were used to. They loved it. In the evening it was on to Sturgis for the night – they were particularly struck by the modified Jack Daniels bike that shot the famous whiskey from its exhaust. 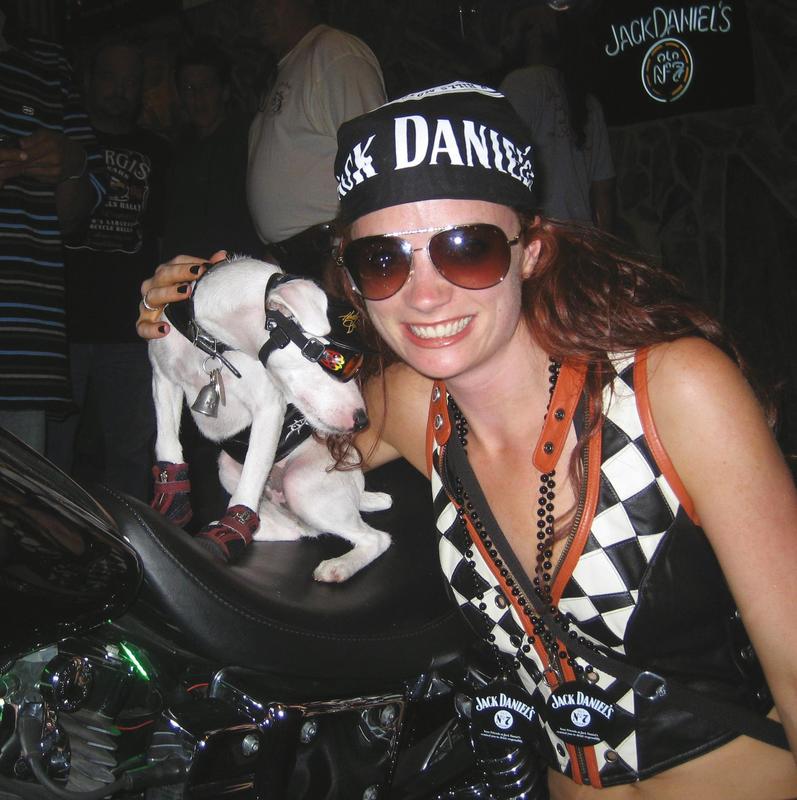 By Friday, it was time to explore the pulsing centre of the rally – . Collette found the raging heat and long periods spent shopping a pretty powerful combination: “We shopped practically until we dropped in 100ºF heat,” she explained. “Being a redhead from , I got fairly strange looks walking around with my umbrella to shade me from the intense heat.”

The group took the chance to mingle with some prominent people from the world of Harley-Davidson. They met of Choppers Inc., chatted with Eddie Trotta and hung out with, as they described him, the ‘very cool’ Russell Mitchell and his crew at Exile Motorcycles.

Come Saturday, it was time to go onwards. Packing up their recently inflated luggage, the group took a final ride around Keystone before heading south, through the Nebraska Grasslands in the direction of their most hotly anticipated ride. 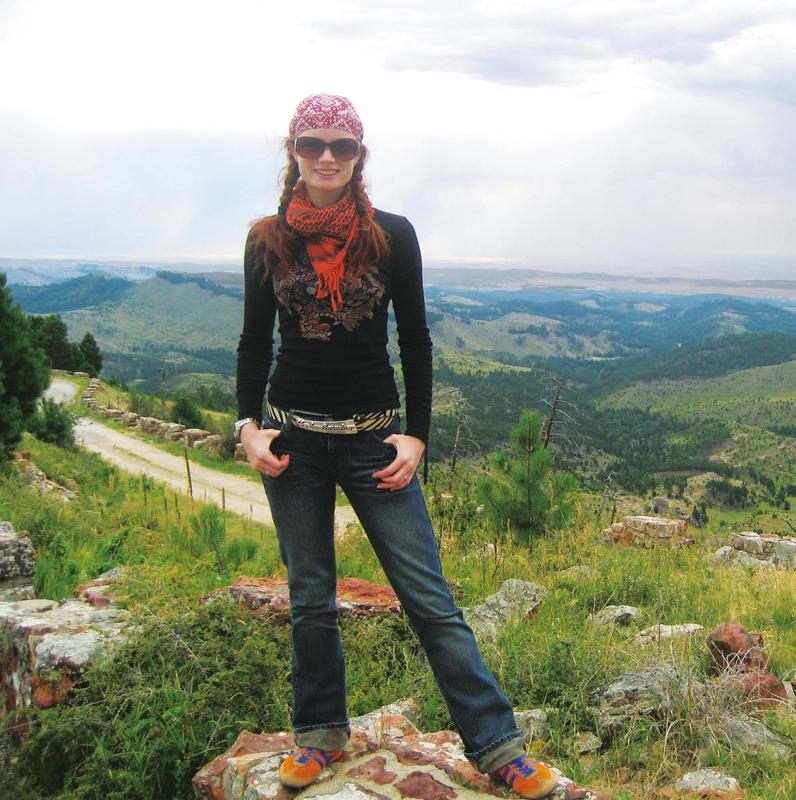 In yet another display of unexpected generosity and friendship, Grub drove around 1,000 miles out of his way through the night so that his new friends could visit somewhere they’d only dreamed of riding –the . On their bikes, Collette, Paul and their friends climbed to 12,000 feet above sea level. With the sun setting behind them, the view was breathtaking. This was an evening they would never forget. At the foot of the mountain, the group set up for the night in a campsite. Larry carried spare tents and air mattresses with him in preparation for anyone else who might be in need of a bed for the night.

Next morning, it was off to . After covering 1,150 miles in 27 hours, the group arrived just in time for the last tour at the Harley-Davidson factory. What’s more, Paul and Larry then gained access to the fascinating Harley archives, a place most will only ever dream of visiting. For the final touch, Dawn had organised something truly amazing for her new friends – an opportunity to meet Willie G. Davidson. While at Sturgis, she had met his PA, and covertly arranged the meeting as a farewell gift to Paul, Collette and their friends. Paul and Collette found Willie very friendly, saying: “He was a truly inspirational and genuine person, interested in what everyone had to say. He really took the time to hear all about our Chapter in and our amazing trip.” 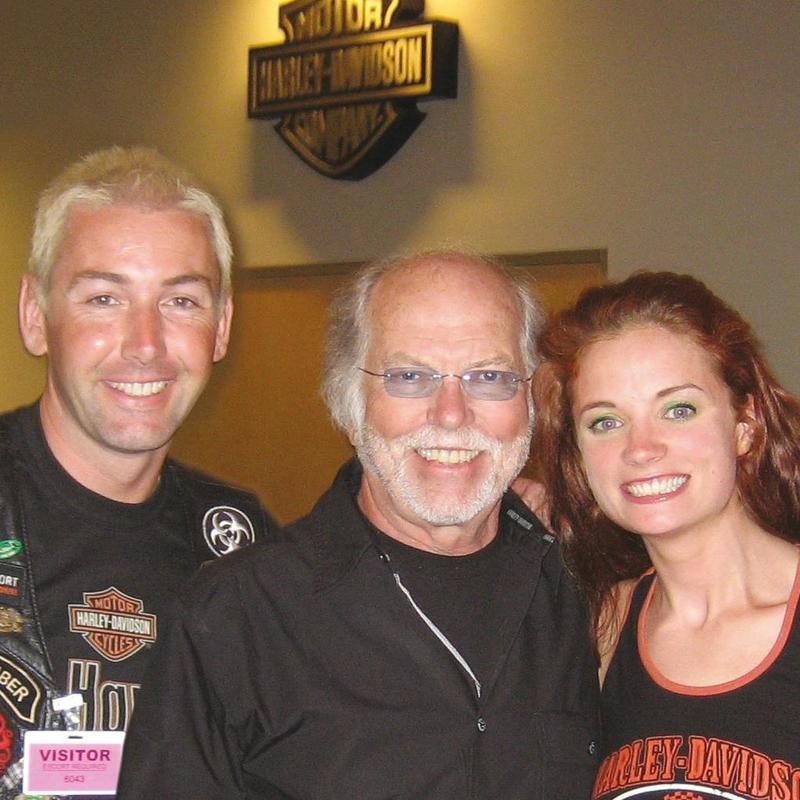 Before long, it was time to head back to to return the bikes. The journey was at its end. Collette, Paul, John, Lynda, Francie and Geraldine gave Larry, Dawn, Pete and Shelley final hugs and, after exchanging addresses and phone numbers, waved a sad goodbye. A firm friendship had been established between this group of self-proclaimed ‘lost Irish bikers’ and their generous, warm, American guides. This had remained the theme of the trip. As Paul so neatly put it: “For all of us, this trip really demonstrated what Harley-Davidson is all about – unbelievable hospitality.” This was the spirit of Sturgis and the spirit of Harley-Davidson at its best: friendship, generosity, respect and, always, one long party.