Journey to the nice island

The story of the Tenerife Chapter’s trip to the ‘nice island’, La Palma

In October 2008, the Tenerife Chapter embarked on a Harley- Davidson® expedition to the neighbouring .

As well as being known as Benahore, as it was named by its ancient settlers, the Guanches. is also known as ‘the nice island’ due to its beautiful landscapes and the wild nature that it shares with its six other sisters making up the Canarian Archipelago. 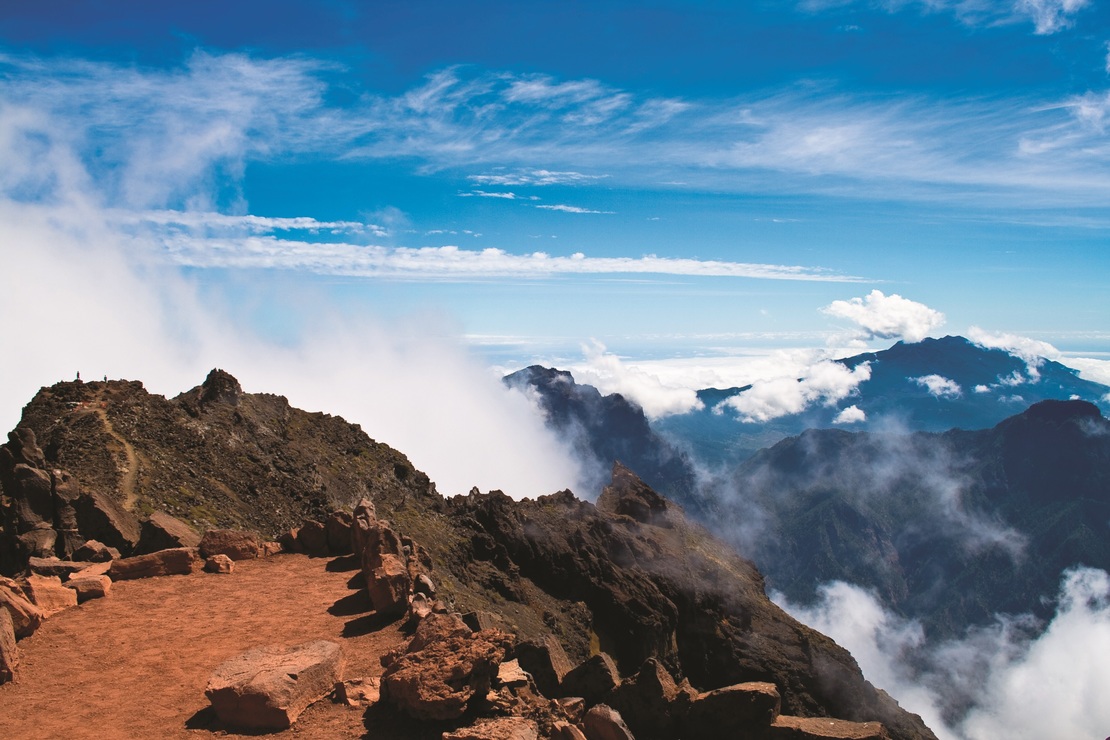 The Tenerife Chapter’s trip began with a calm sea voyage from the to the one in Santa Cruz de la Palma, the main town on the island with plenty of ancient houses garnished with colourful facades and hand-made wooden balconies.

El Toque de los Muchachos is the highest point on the island at 2,426m and houses an internationally renowned advanced astronomical complex for the international scientific community. 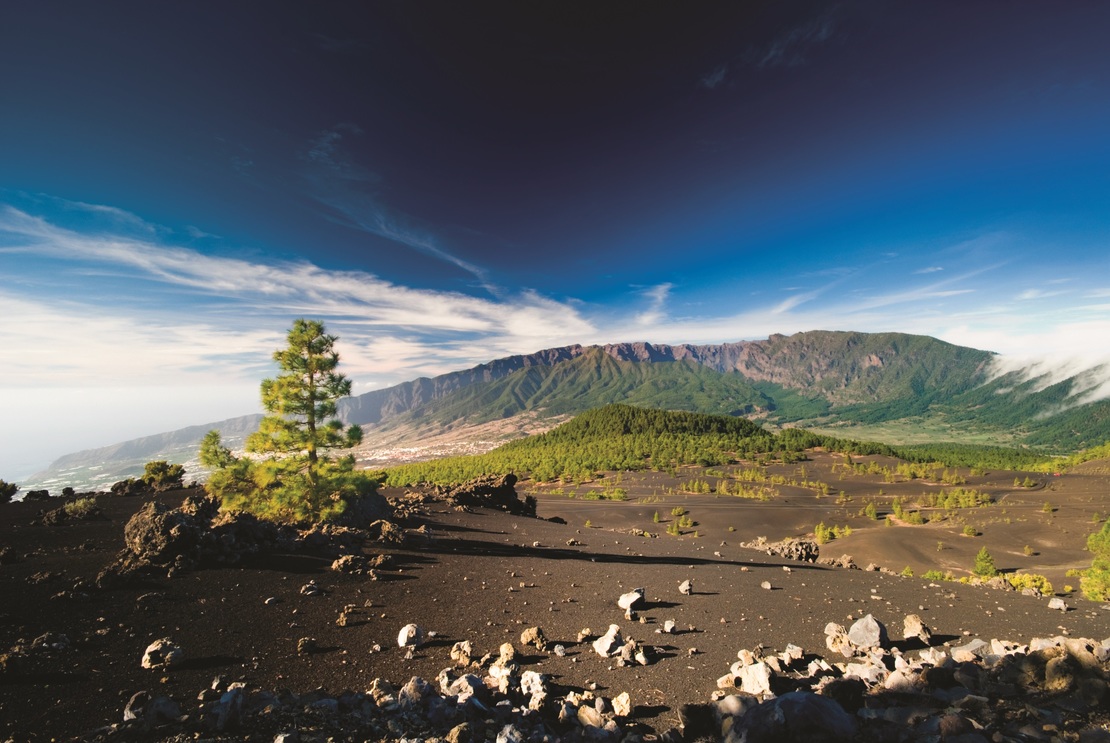 This was where the Tenerife Chapter’s adventure would begin. From Los Cancajos, we climbed to the Roque de los Muchachos along a twisty road surrounded by high trees, under a brilliant blue sky, our bikes roaring while the sun rays reflected off the shining chrome as we rode through this wild forest. From the top we could see the beautiful Santa Cruz de La Palma, which seemed to blend into the ocean. 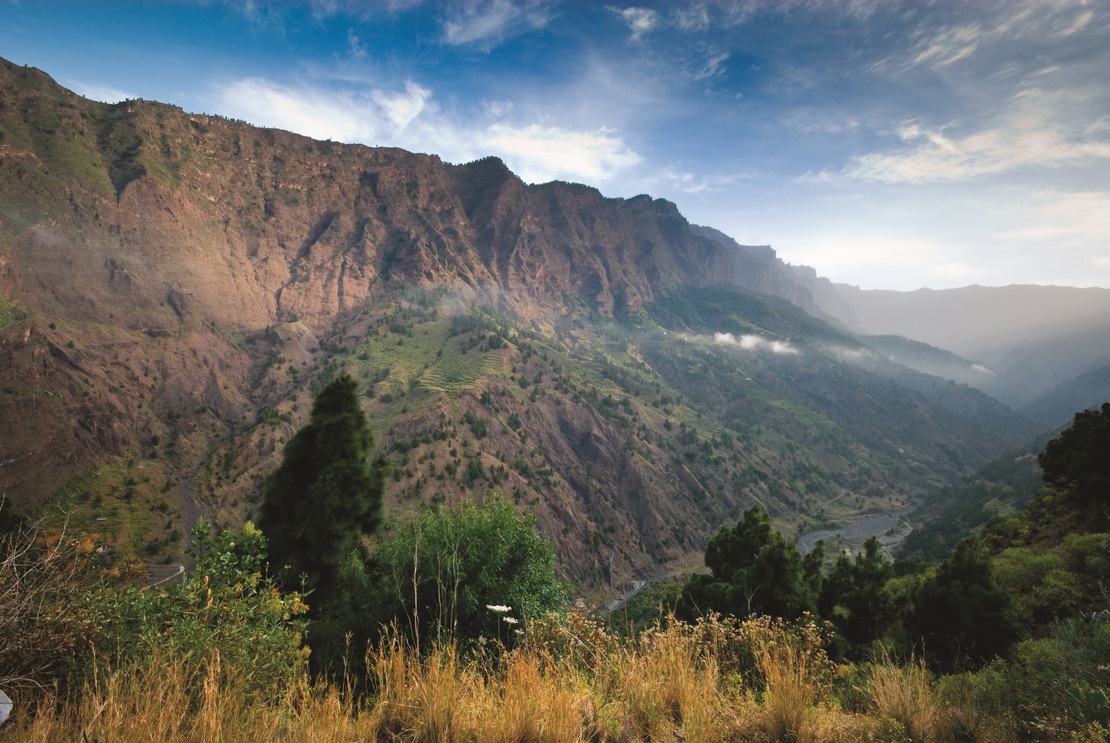 Surrounded by iridescent ochres, reds and greens of the volcanic rocks at the top of this mountain, we arrived at the Grantecan – a huge, modern telescope and symbol of the innovation of Spanish technology. We enjoyed a private tour of the telescope, realising its amazing capability to scrutinise the furthest edges of the universe – our thanks go to the Canarian Astrophysical Institute.

Before leaving this silent and lonely place, we could see in our rear-view mirrors how a dense and magical mist had dropped and covered the top of the mountain. We rode down to Puntagorda, witnessing the high mountain forest landscapes turn slowly into a bucolic land of almond and fruit trees mixed with the golden leaves of the vineyards. 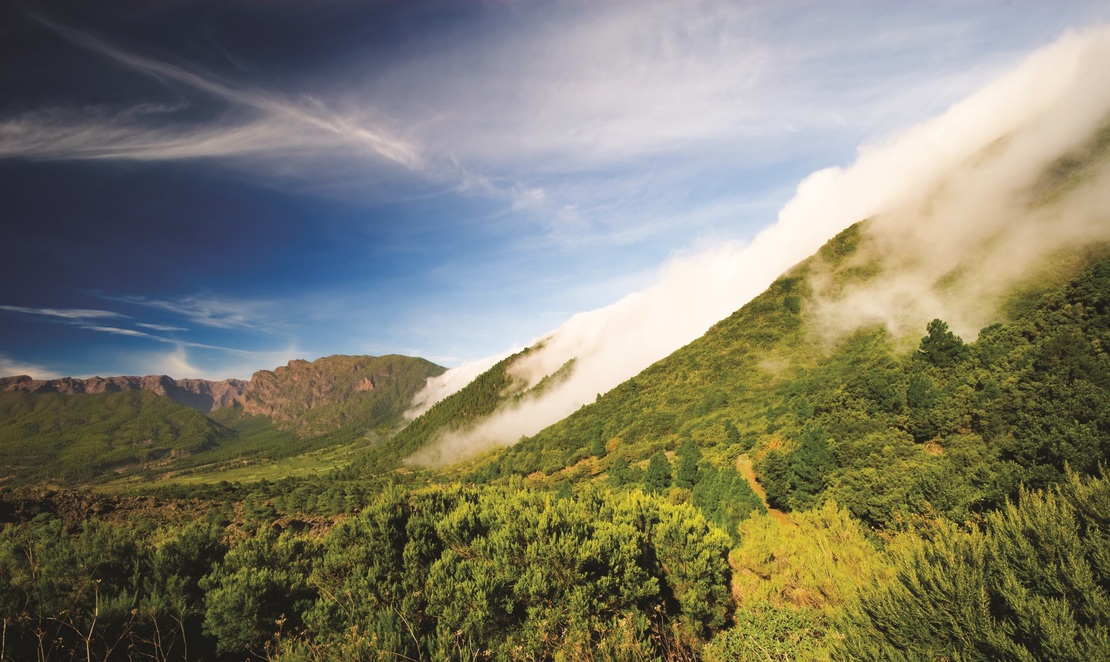 In Puntagorda we enjoyed a delicious lunch that featured all the specialities of ’s cuisine. We then headed to the northern part of the island, Garafía and Barlovento, through a narrow, winding road among old and dense forest.

After having a break in El Charco Azul, an enormous natural water basin created over the crater of an old volcano, we returned to our base in Los Cascajos, where we enjoyed a great night dancing to rock music and billiard competitions in a pub near the hotel. 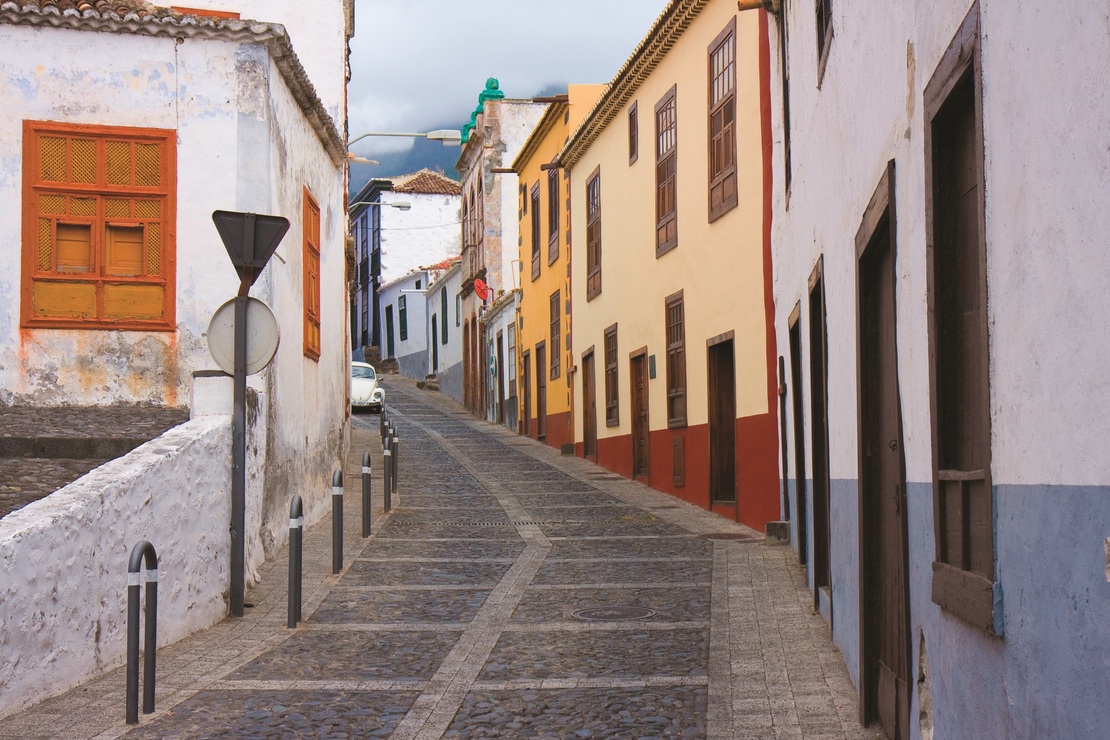 The last day of our expedition we rode to the southern part of the island, the land of the great Teneguïa – the last well- recorded volcanic eruption in the in 1971, forming a brilliant and shining row between the dark black lava as sun rays reflected over the chrome of our Harleys. 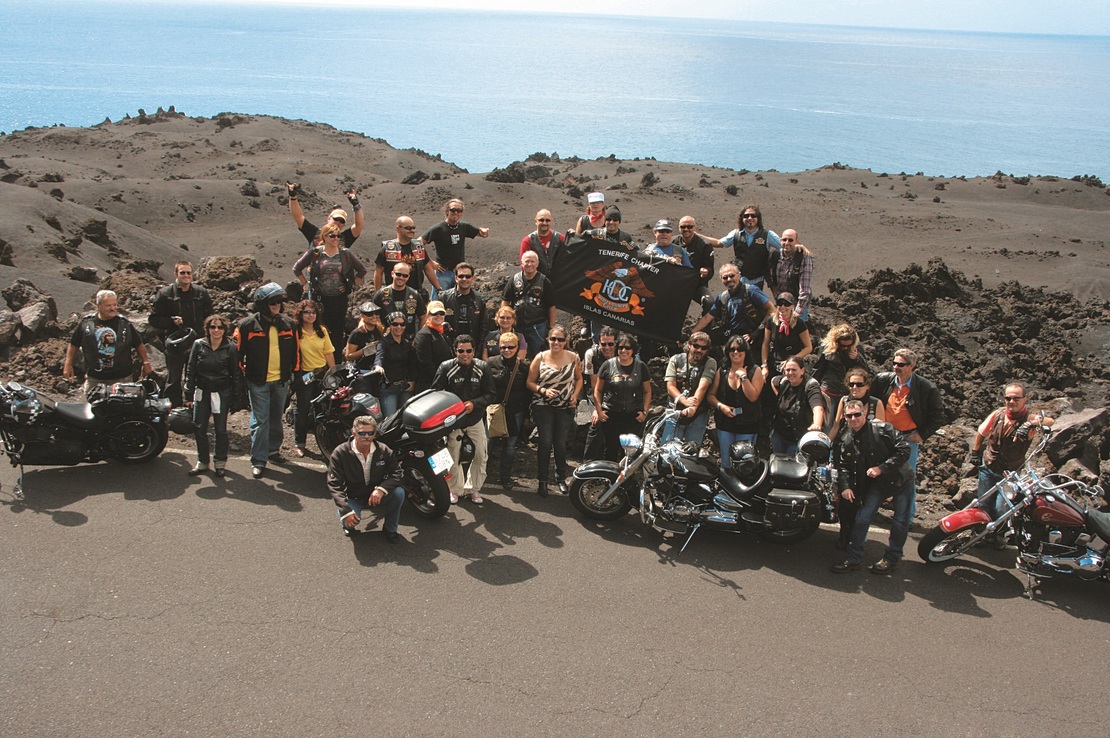 We moved from the black rocks to the dark green of the leaves of banana trees that clearly dominated the landscape of Tazacorte on the western coast of .

Through pretty towns of ancient, coloured houses we returned the port of the island’s capital where we completed our memorable trip, and we all knew that, one day, we would return to the ‘nice island'. 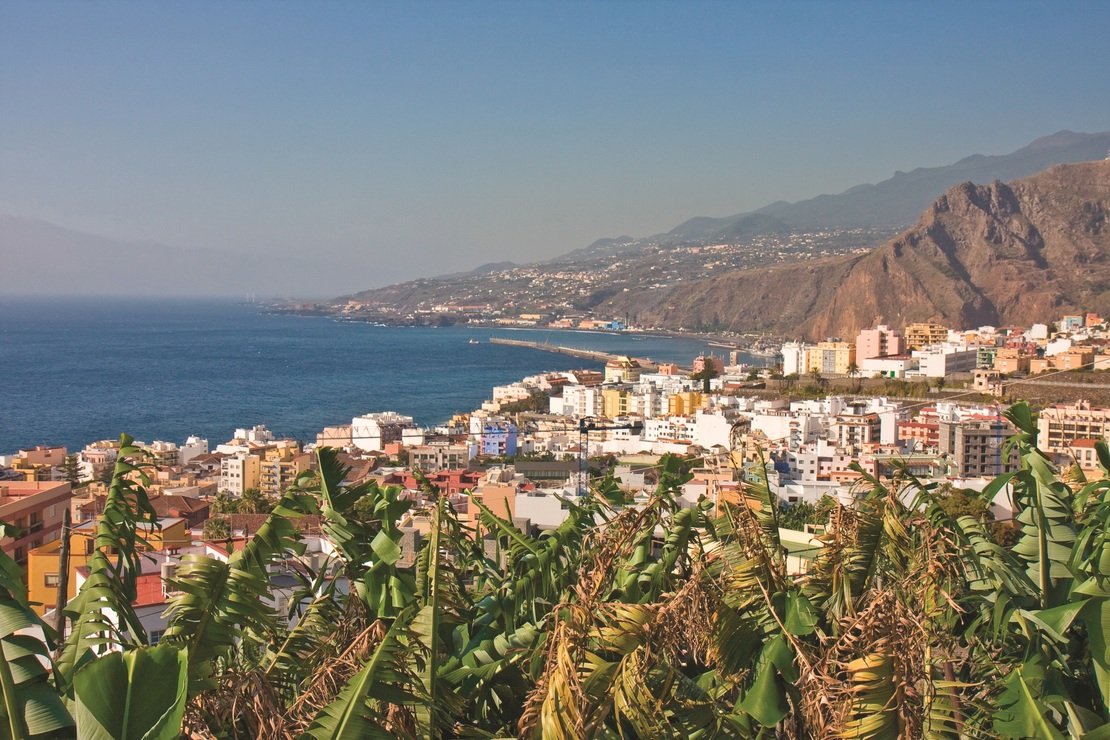