It was riding that brought UK couple Caylee and Grant together, and now the sky’s the limit for this thrill-seeking pair

Caylee Hankins and Grant Martin are a creative couple: she’s a London-based photographer, specialising in lifestyle and fashion, while his artistic outlet is as a tattoo artist in . But there’s more to their story, and it features motorcycles at its core.

Grant races flat track, and is leading the UK Hooligan Championship on a Street Rod® 750. But Caylee races too – which is how they met, as she explains: “I’ve been riding bikes for about three years. Last year I entered the DirtQuake Rookies heat races, placed first and second and then crashed out of the final! But Grant saw me try to go for the win and came over for a chat, and that’s how it all started.”

Grant’s background is in motocross, which he did from an early age: “I had no choice, Dad put me on a bike as soon as he could! I raced at national level and spent some time in pursuing a pro-level career. But I got fed up of getting hurt and so I stopped.” 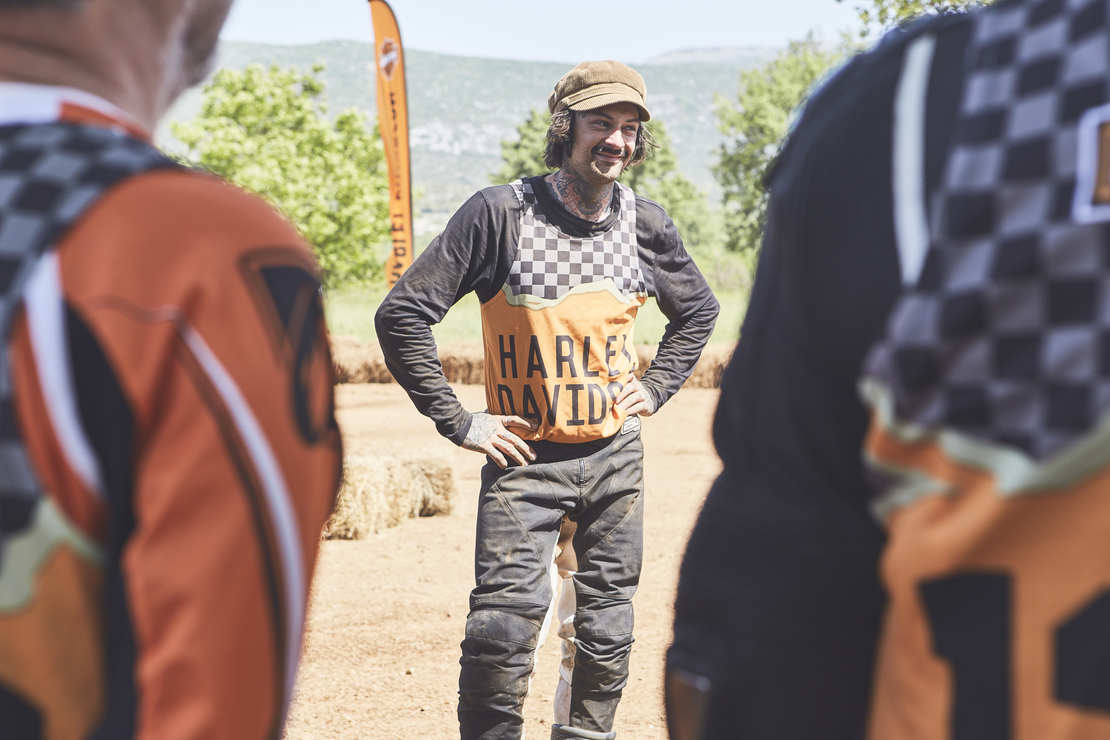 However, the need for speed never really left him: “A year ago I turned to flat track, with a bike supplied from Maidstone Harley-Davidson that my dad built in two weeks flat. Racing’s always racing – and tough, as it should be – but flat track is way safer than motocross. And the scene is great. It’s a grass-roots sport even at national level, with maybe 160 riders, and that’s what attracted me to it.”

Caylee agrees: “I think because there aren’t loads of people doing it, everybody has time for each other. And while the Hooligan race may be the main event – even the pro-class guys like to watch a load of big V-twins thundering sideways around a track – there are plenty of other races going on and loads of action.” 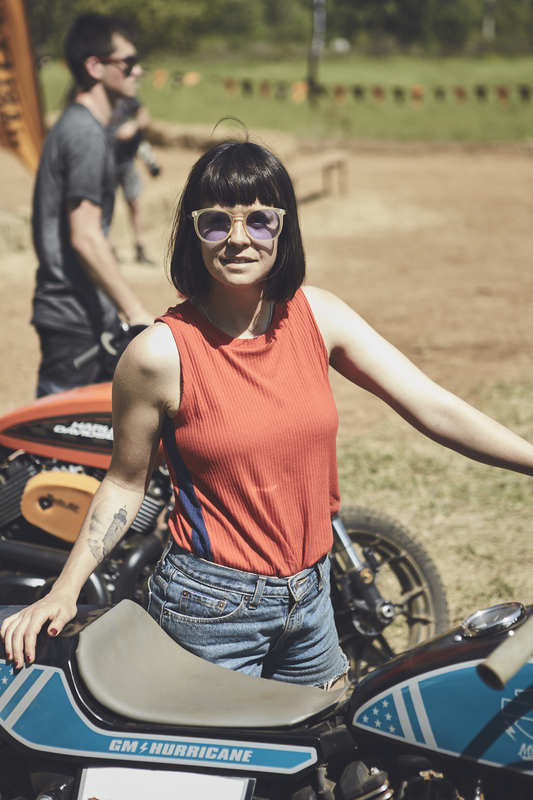 With 12 bikes on the grid, heat races of six laps and a final of eight laps, there’s a reason the Hooligan races are the ones that get the most attention. It’s an old-school spectacle showing skill, bravery and tactical nous on bikes that really take some riding. And the races are sometimes held at night under lights, which adds extra drama for the crowd and extra pressure for the riders.

Grant’s impressive skills were on display earlier this year at the Harley-Davidson® Ride, Ride, Slide! international press event, held in in May. It saw a group of motorcycle journalists from around the world take part in a three-day Harley® riding experience: a day touring with Road Glide® and Street Glide® models; a day carving corners on the new 2018 Iron 1200™ and Forty-Eight® Special; and then a full day discovering flat track on heavily customised Street Rod® 750s, with tuition from Grant and ex-WSB and MotoGP star Rubén Xaus. 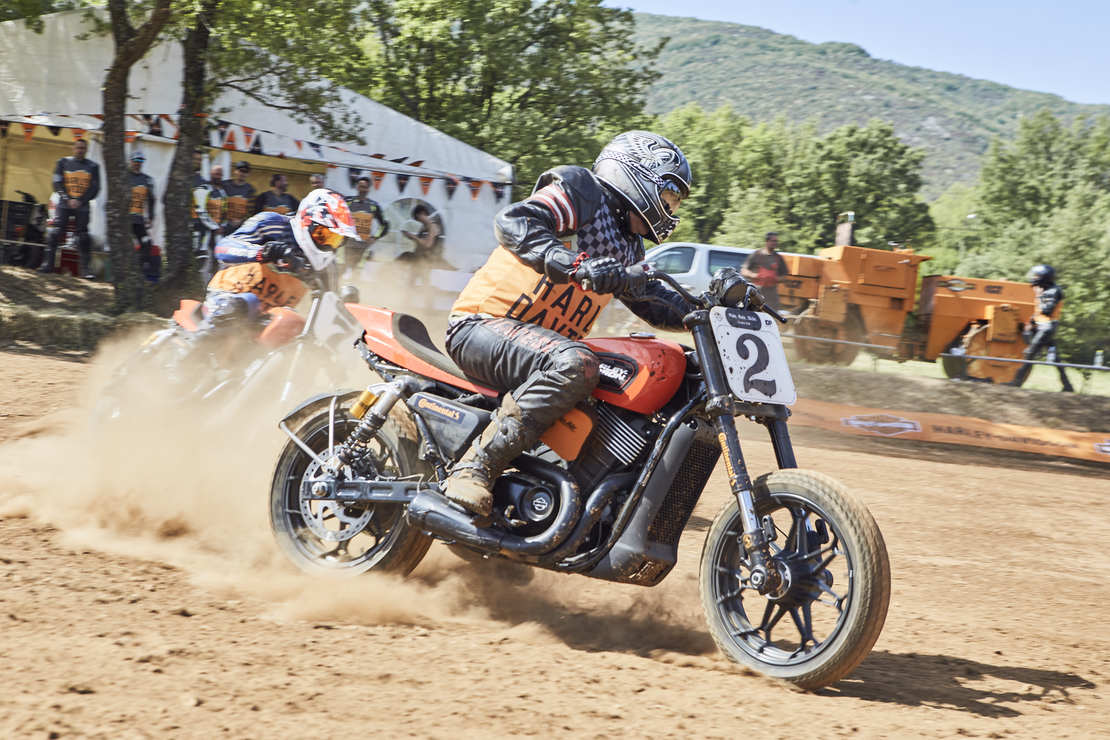 Grant loved being involved: “It was great to interact with the journalists and hear their stories. And for most of them it was their first flat track experience, so to watch them progress from super-nervous in the morning to fully committed in the afternoon was awesome. I love sharing knowledge, and this was so cool. Every day I got a new set of people to ride with, and by the end I was overwhelmed by just how good so many of the riders got to be.”

Caylee and Grant also had time to step away from the track, and ride ’s winding back roads together on the two new Sportster® models. Grant owned a Forty-Eight for a couple of years, and was impressed by what Harley have done with the new Forty-Eight Special: “The way the new bike is set up with the mini-apes is exactly what I did with mine. It’s great to see a manufacturer looking at what people are doing out in the wider world, away from the dealership, and responding.”

Caylee was also captivated by the Forty-Eight Special’s capabilities: “It handles corners so well, and the feel of the throttle is special. I felt comfortable on it straight away and quickly got used to the feet-forward riding position. I could manage the bike well too – its low centre of gravity really helped.” 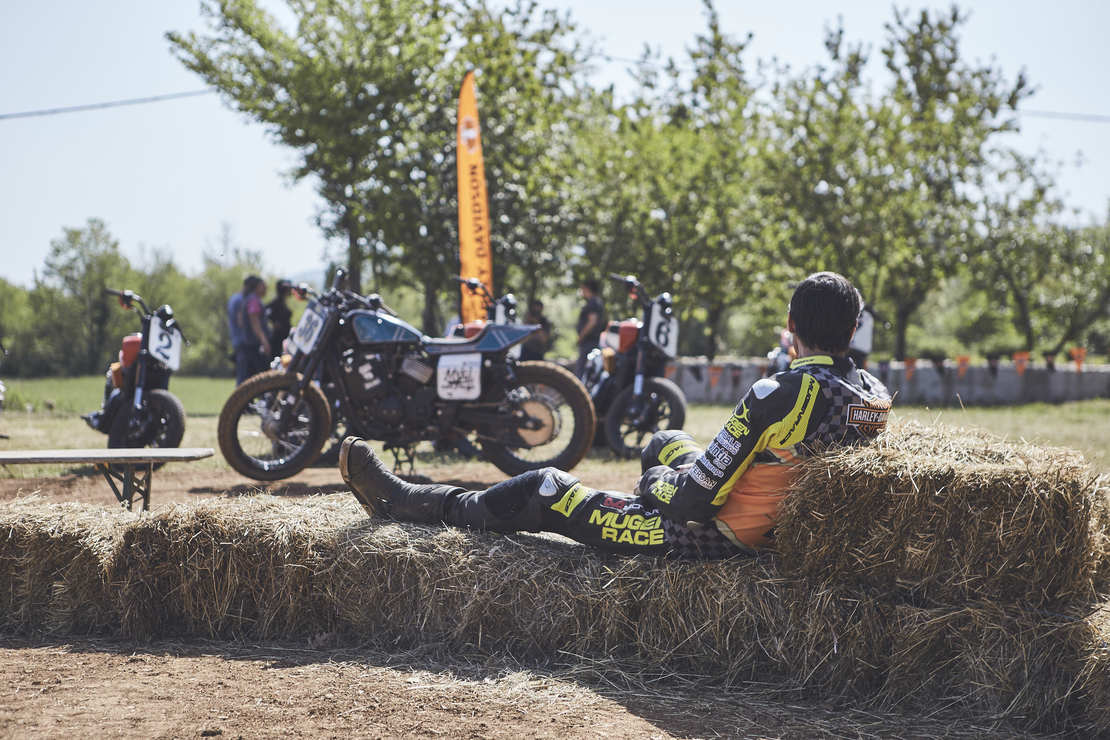 Lost in the moment

Grant liked the Iron 1200’s simplicity of style: “It’s a sharp bike out of the box, and they’ve cleaned everything up that an owner normally has to sort. It’s just as good as the Forty-Eight Special but feels different, with the riding position and skinnier tyres.

“We shared a really cool time after riding both all day – we stopped out in the middle of nowhere, up high by a wind farm, and looked down with the mountains behind us. It was so quiet, and breathtaking.”

Caylee echoes these thoughts: “We were completely lost in that moment, switched off from the rest of the world and in a beautiful zone. That’s what motorcycles can do: they’re a form of transport, of course, but they’re also so much more than that. They take you places you’d never otherwise get to, in a way that makes you feel so much more alive than anything else. Coming from , I’m always second-guessing
cars around me, but there it was so free. The good tarmac and lack of traffic, the friendly local people, the amazing weather… it was a wonderful time.”

It’s bikes or nothing for these two. They ride and race together for pleasure and are planning a future that revolves around motorcycles, both professionally and personally. Travel is high on the agenda: the US, South America and especially are on the cards, someday when they’ve hung up their racing leathers. They plan to live a life on two wheels – as Caylee sums it up: “We just want to eat, sleep and ride.” Amen to that. 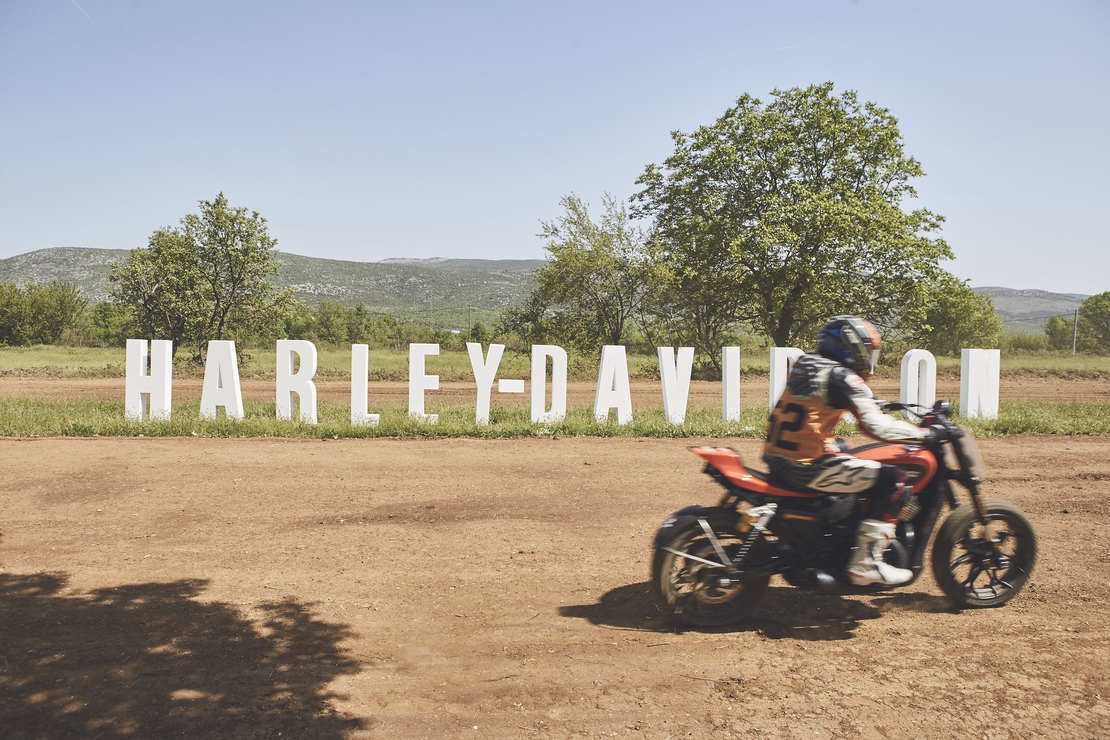