Improbable, bordering on impossible – how eight Harley® heroes took on the arduous Russian leg of the Silk Way Rally and succeeded. *Only seven bikes are pictured. The eighth belongs to Sergey Kamenev, who wrote this article and took the photos

The tapestry of life is different for each of us.
We enjoy different kinds of food; we appreciate different styles of music; we are engaged in different spheres of activity; we speak different languages and wake up in different time zones.

But there’s one thing that unites us: our love of riding Harley-Davidson motorcycles. If you are one of us, not only will you always feel at home, but also you’ll never be alone. We are a family bound by sharing those moments that can only be experienced through a motorcycle trip. 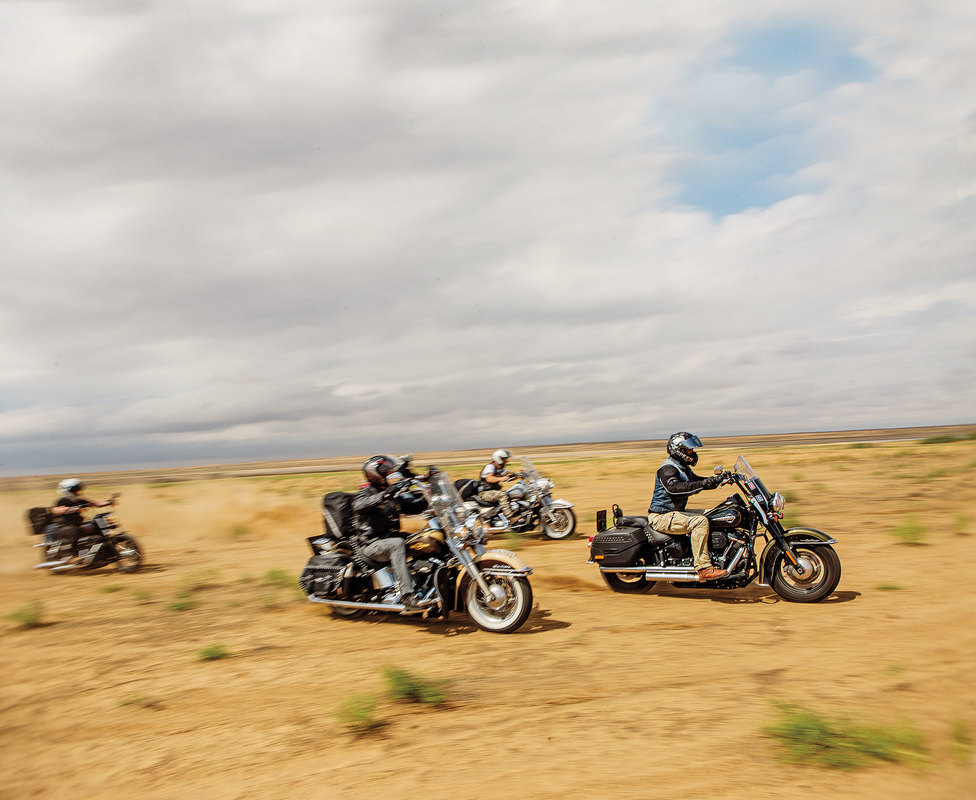 Reinforced by the momentum of the pack, our family smirks at the obstacles we encounter. Every year we are ready to conquer the peaks that others are afraid to attempt. We are a million strong. We are a part of the legend. We are H.O.G.®!

Challenge accepted!
At first, the idea of taking part in the Silk Way Rally seemed insane. Maybe that was what made it so attractive – irresistible, even. The route is ambitious, at times arduous, and absolutely loaded with adventures.

The team of eight participants consisted of reliable individuals from different cities. All were in good health; all had significant experience riding long distances; all expressed resolute determination and, of course, excellent character and wit.

We discussed special preparation of the equipment, as the bikes would be subjected to pretty extreme conditions due to the terrain. As the starting date approached, I was adamant that it was impossible to find a better motorcycle than the 2018 Harley-Davidson Heritage Softail® for this task. I could feel the road summoning it to the journey. 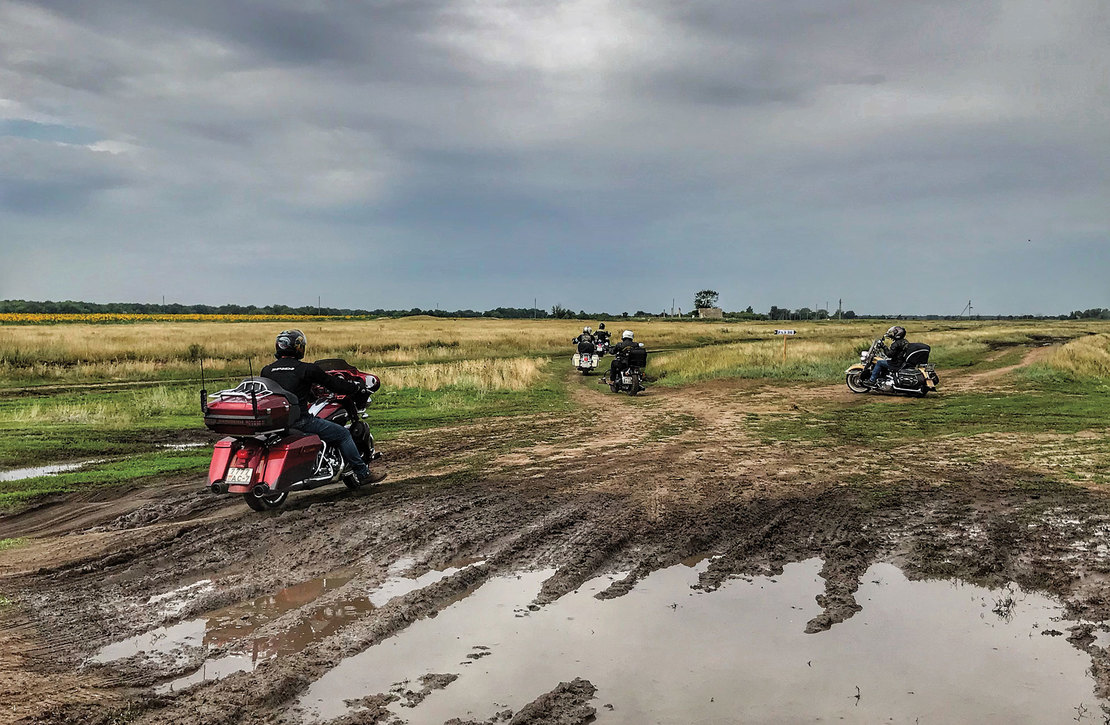 Essentially, the idea was to participate in the Silk Way Rally just for fun; not actually participating in the time trials, but still competing equally with trucks and off-roaders. We wanted to test our Harleys for durability in the Astrakhan desert, Volgograd steppes and Lipetsk swamps, finishing in Red Square in Moscow. We were intent to prove that for real H.O.G. members there are no barriers.

Starting in the steppes
The rally started in Astrakhan in Russia, close to the Caspian Sea and the border with Kazakhstan. Astrakhan rises out of endless deserts and steppes, but on the first stage we were met with heavy rainfall – however, this was soon overridden by scorching sunshine as we reached the start of the ‘special stage’.

The appearance of the gang on their Harleys in the middle of the Astrakhan steppes sparked admiration and delight not only among spectators, but also among participants. We were warmly greeted by the winners of the world-famous Dakar Rally, Anastasia Nifontova and Sergey Karjakin, who are huge fans of the Harley-Davidson brand.

Traversing the steppes on the Harley bikes was not as difficult as anticipated. We sought out roads with rolled sand, bypassing the dunes and quicksand. We reached the first resting place along with the sunset. 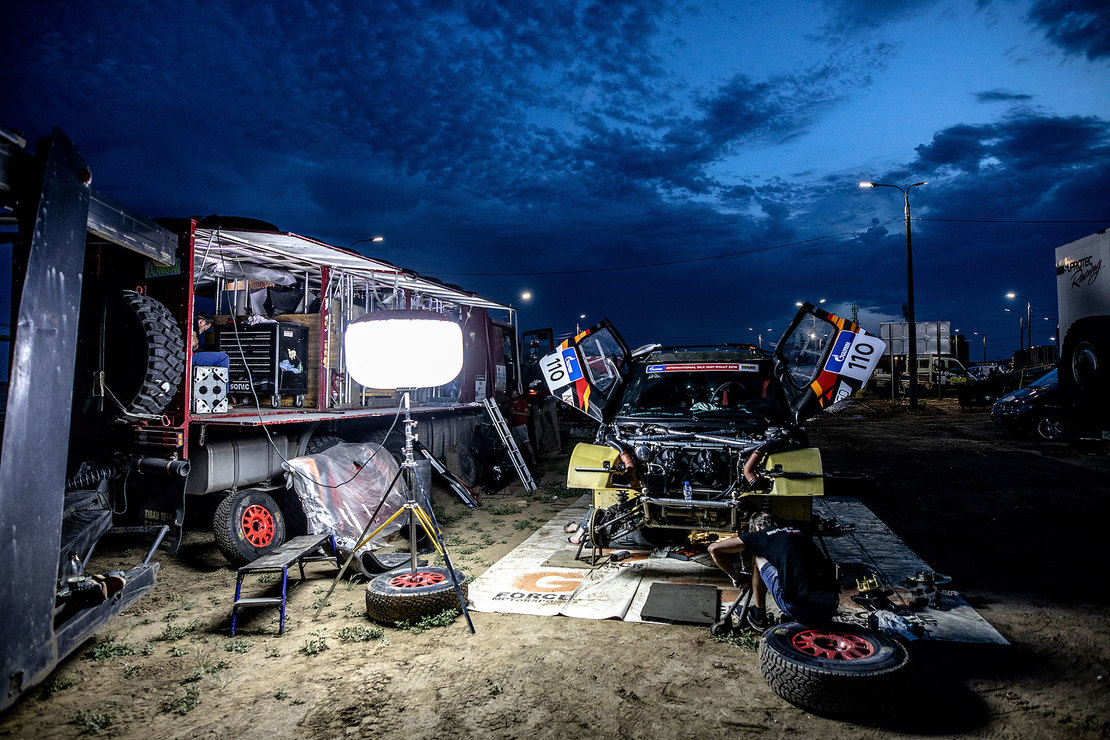 Bustling bivouacs
One of the most interesting elements of the rally was the bivouac – where the technical teams and mechanics fix their bikes before the last stage of the race. Journalists and media representatives gather here to interview athletes for the news coverage.

Our bivouac was situated in a military airfield transformed into a camp with incredible food and an evening programme. Most participants spend the night in the nearby hotel, but we decided to test ourselves and stretched out our sleeping bags among the bikes.

A circus of metallic noise generated by the mechanics as they prepared the vehicles for the next stage of the race sounded through the night. Exhausted from the journey, we slept sweetly in our tents among the sounds of sledgehammers pounding, the niggling scratches of screwdrivers and the growling of engines.

We moved from Astrakhan to Volgograd and then to Lipetsk province, where a new test awaited us: the steppes morphed into swamp forest, and the dirt road turned to glutinous mud.

This part of the journey was far less pleasant than memories of our rush across the prairies. However, mutual supportiveness pulled us through – we were always ready to pull each other out if the motorcycle suddenly got stuck.

Flying colours
Overcoming all hindrances, Team H.O.G. arrived at the finish line. Here, in an electric atmosphere on Red Square in the heart of Moscow, the finishing ceremony for the Silk Way Rally 2018 took place. The elated participants climbed the podium at the Kremlin’s Spasskaya Tower to receive their well-deserved plaudits. 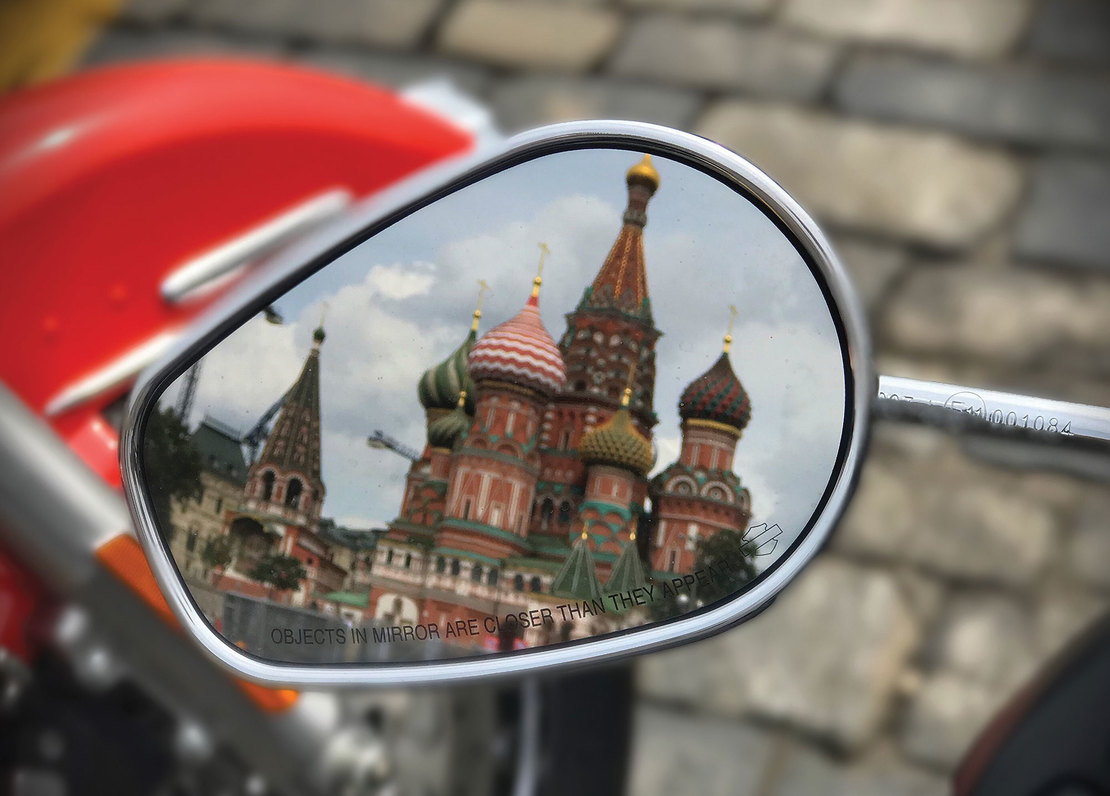 It was a real endurance test, but the Harley-Davidson riders and motorcycles passed with flying colours. During the entire race – with a total length of almost 2,000km along some near-impossible roads – we did not experience a single breakdown, and all motorcycles and their owners reached the finish line in good condition and good health.

When you put it like that, maybe it was a smooth ride after all. As smooth as silk, you might say… 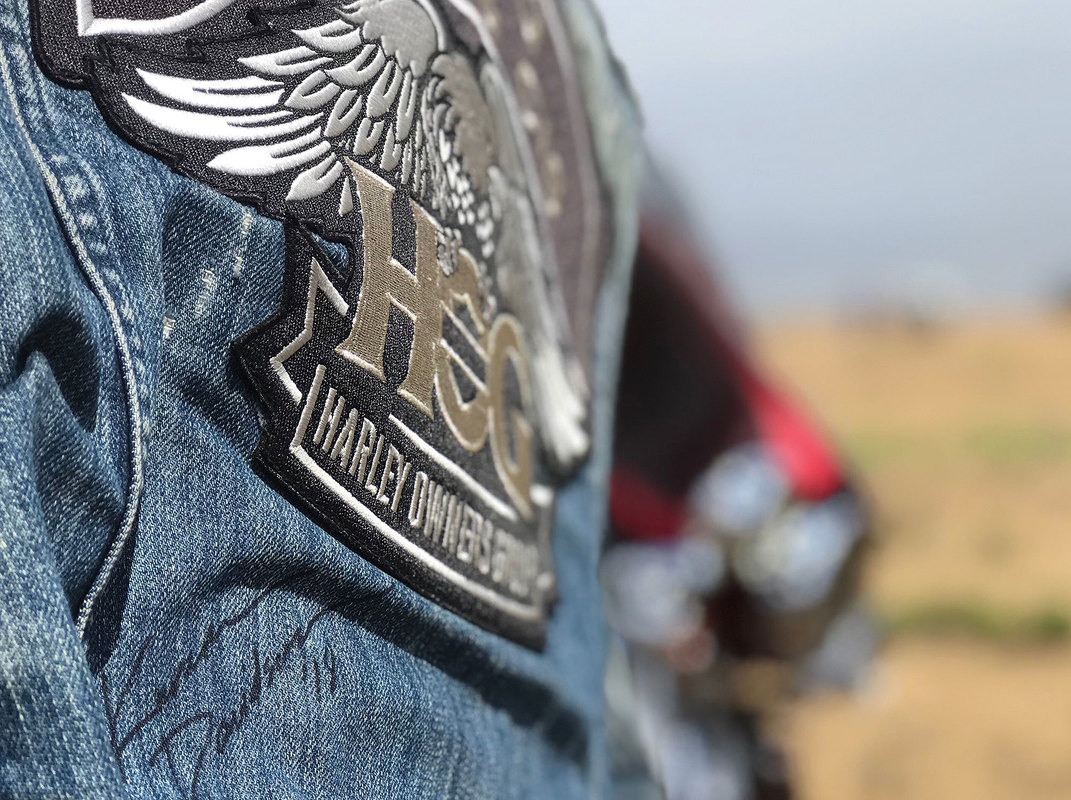