Offering everything from sun-kissed beaches to snow-peaked mountaintops, the MENA region – Middle East and North Africa – spans from Morocco in the west to Lebanon in the north, Oman in the east and Saudi Arabia in the south

You’ll like it here. See for yourself as arid desert becomes cool oasis or a vast forest, and spending the night under the stars in the Wadi Rum has to be experienced. And then you’ll meet the people; this is a region with many contrasts in culture, customs, religion and appearance. There is no better way to explore this region than on a Harley-Davidson® motorcycle and with the Harley Owners Group® family.

A North African country that has a coastline on both the Atlantic Ocean and the , Moroccan culture is a blend of Arab, indigenous Berber, sub-Saharan African and European influences. Its official languages are Arabic and Berber, but you’ll hear French everywhere.

is a cheap and exotic yet safe place for tourists, and the main focus is on its ancient cities. Agadir is a major coastal resort and is a great base for tours to the . Meanwhile, (yes, the place from the film) has the best-developed market for travellers. That said, Marrakech is also a popular destination and is best for one- and two-day excursions that provide a taste of ’s history and culture.

There is a H-D® dealership in and respective sponsored chapters: you can find out more at harleycasablanca.com 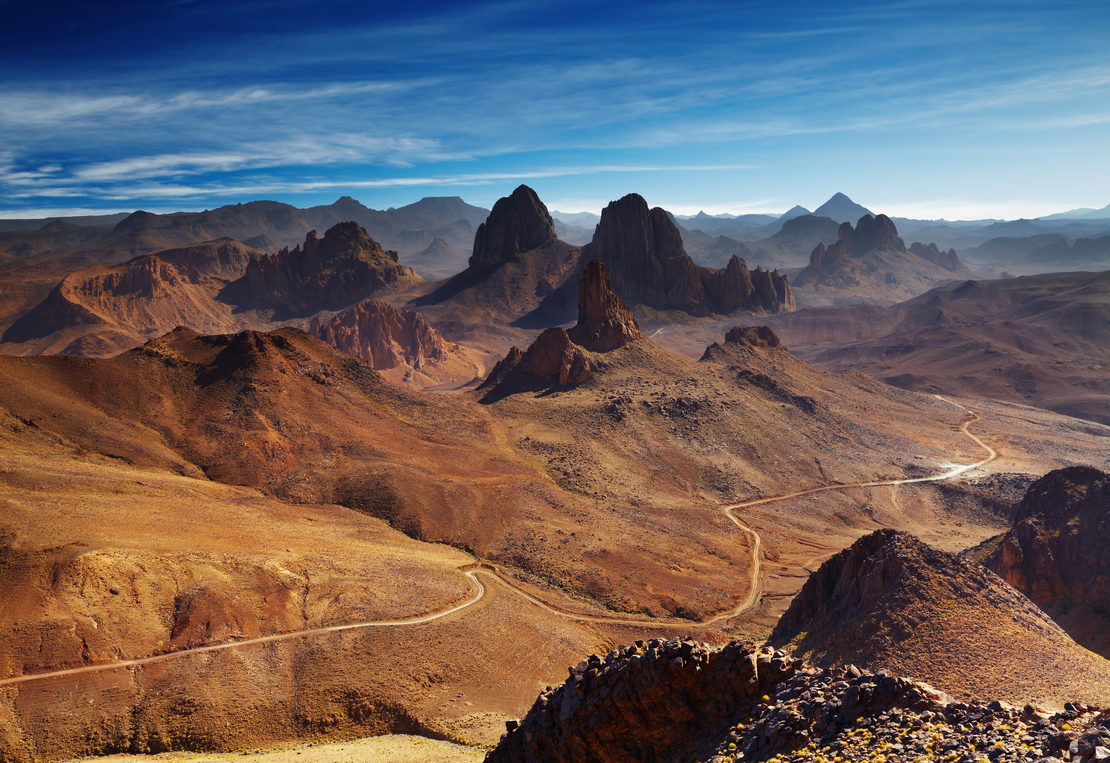 is Africa’s largest country, but most of the population is in the small coastal region because the covers its entire southern part. The capital and most populous city is and the official language is Arabic, but French is also spoken and the language of the indigenous Berber has been constitutionally recognised.

To see what the H.O.G.® Chapter in have been up to, check out their Facebook page. 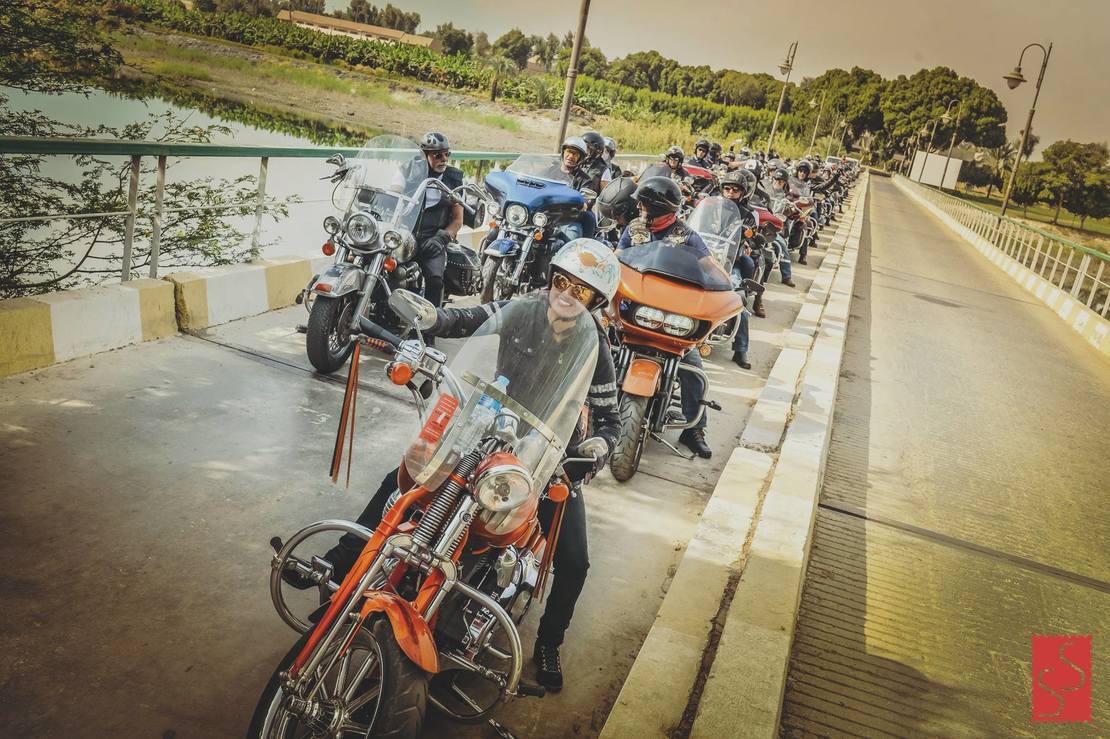 emerged as one of the world’s first nations and is considered a cradle of civilisation; Ancient Egypt saw some of the earliest developments of writing, agriculture, urbanisation, organised religion and central government. Iconic monuments such as the Giza Necropolis and its Great Sphinx, as well the ruins of Memphis, Thebes, Karnak and the Valley of the Kings, reflect this legacy and remain a major focus of popular interest. ’s long and rich cultural heritage is an integral part of its national identity, but you might notice other influences including Greek, Persian, Roman, Arab, Ottoman and European.

has two H-D® dealerships and a very active (and eclectic!) group of riders in our H.O.G.® Cairo Chapter family. With activities spanning from February through to December, there is pretty much always something on. Find out more here: harley-davidsonegypt.com 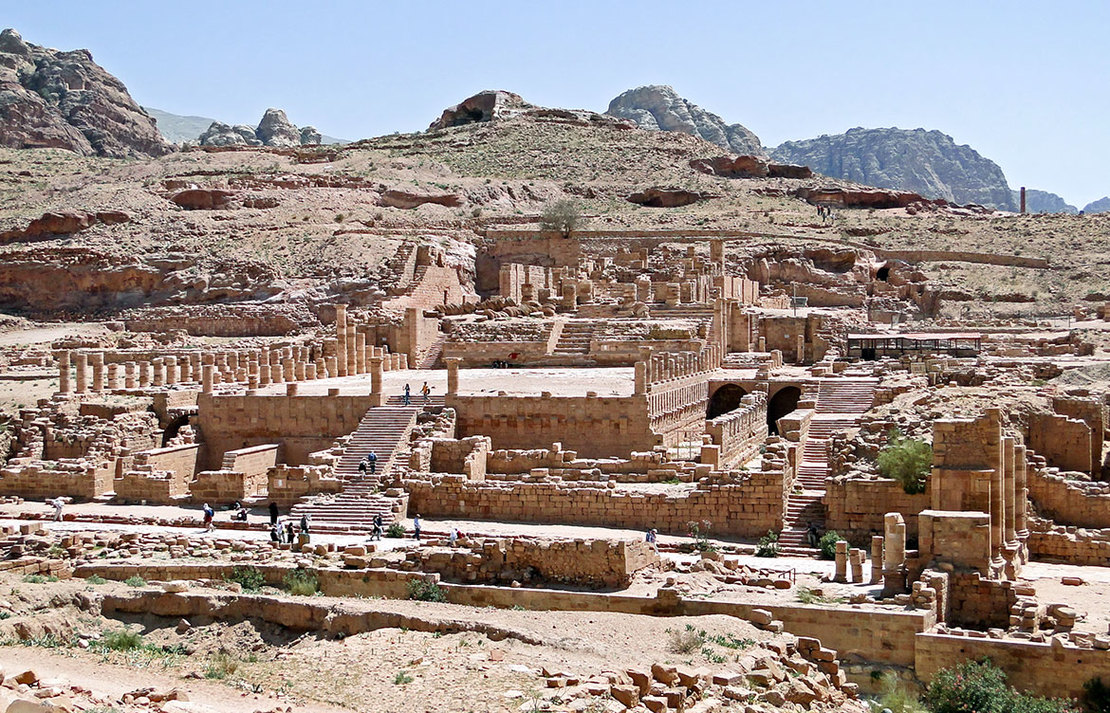 Located at the crossroads of Asia, Africa and Europe, is bordered by to the south, to the north-east, to the north and and to the west. The Dead Sea lies along its western borders and the country has a small shoreline on the in its extreme south-west. The capital, , is the most populous city as well as the country’s economic, political and cultural centre.

is considered among the safest countries in the and prides itself on being an ‘oasis of stability’. A major tourist destination, the country is defined by ancient monuments, nature reserves and seaside resorts. It is also home to the famed archaeological site of , the Nabatean capital dating to around 300BC that’s sometimes known as the ‘’ for the colour of its stone.

If you really want to make a serious tour, try some of the country’s other famous places to visit: the Dead Sea, the Amman Citadel, Aqaba, Wadi Rum and .

The H.O.G. Jordan Chapter are pioneers in the region on promoting Safe Rider Skills training, and they’re active all year round. Don’t miss the annual ‘Nabatean Tour’. Find out more at hog-jordan.com 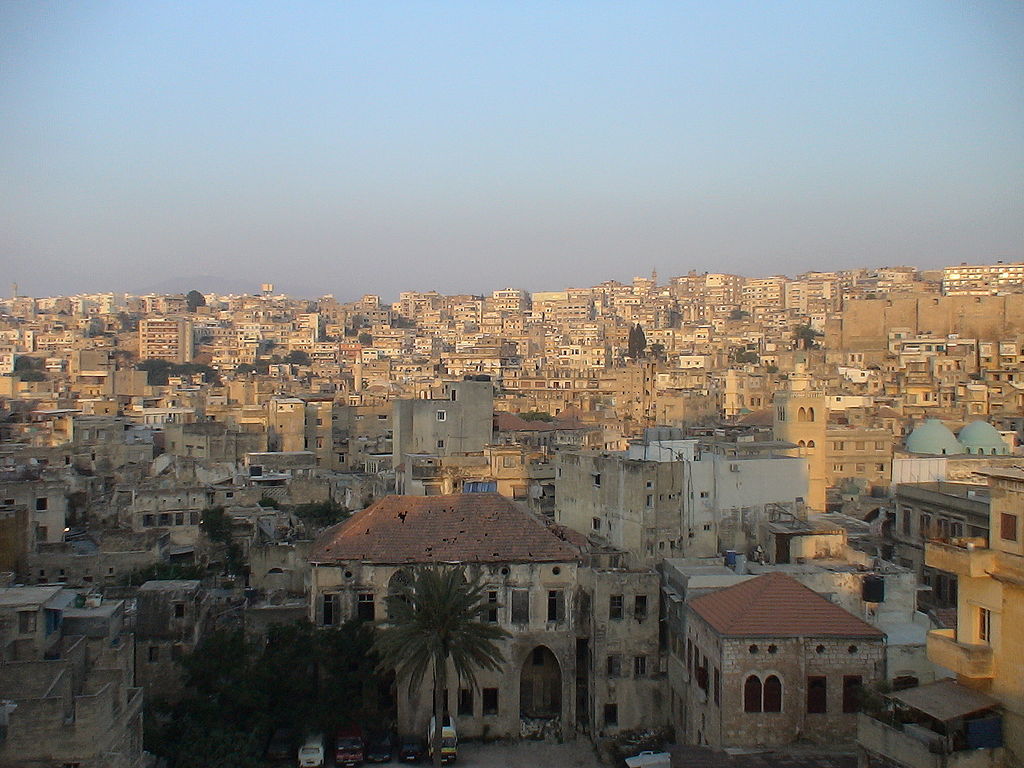 is bordered by to the north and east and to the south, while is to the west across the . Being at the crossroads of the and the Arabian hinterland has facilitated its rich history and shaped a cultural identity of religious and ethnic diversity. The culture of reflects the legacy of various civilisations spanning thousands of years.

There is a very active H.O.G. family here, and the Lebanon H.O.G. Chapter offers rides every weekend, culminating in the H.O.G. Lebanon Chapter Tour in October. This is fantastic riding country with different challenges around every corner. Find out more at hoglebanon.com 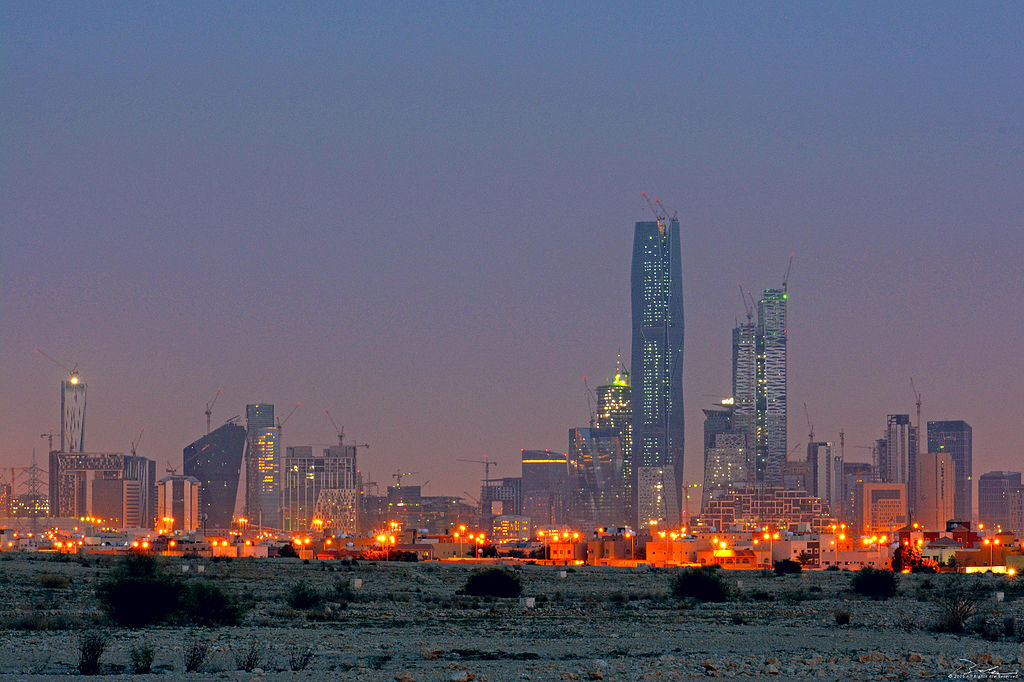 This kingdom is a desert country encompassing most of the Arabian Peninsula, with both Red Sea and coastlines. Known as the birthplace of Islam, it is home to the religion’s two most sacred mosques: Masjid al-Haram in , the destination of the annual Hajj pilgrimage, and ’s Masjid an-Nabawi, the burial site of the prophet Muhammad.

is the fifth-largest Middle Eastern country by population and has centuries-old attitudes and traditions, often derived from Arab civilisation. Despite this, the capital is a very modern, skyscraper-filled metropolis.

There are four H-D dealerships and H.O.G. chapters, located in , Jeddah, Dhahran and Jubail. Each is very different from the others and frequently organises and promotes charitable events. Find out more on their Facebook pages. 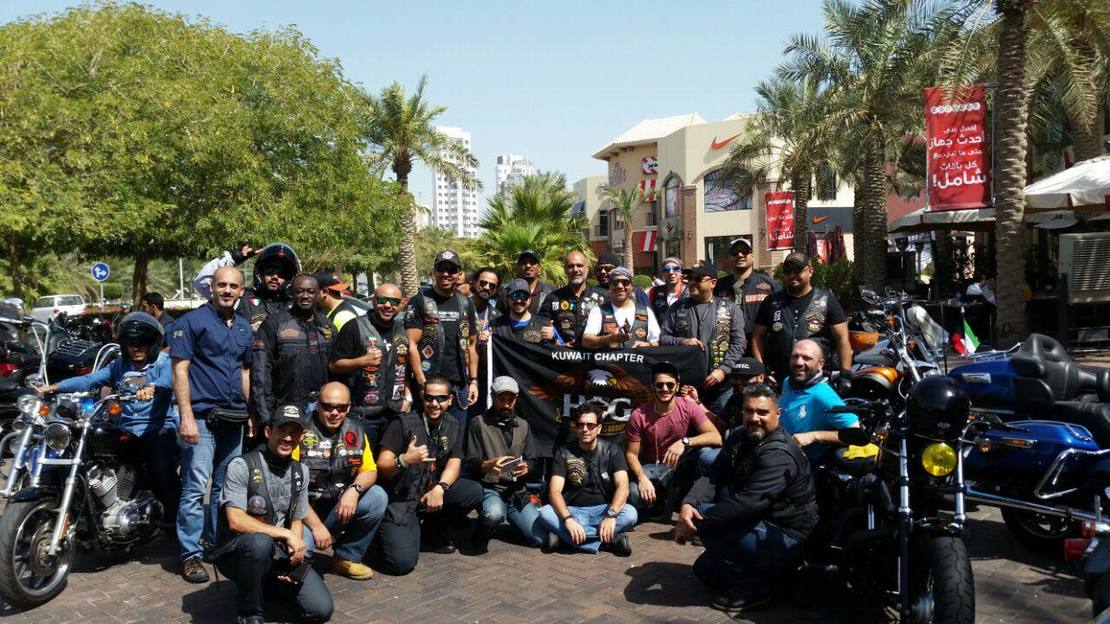 is an Arab country on the with a cultural heritage dating back to antiquity. , the capital, is known for its modern architecture ranging from skyscrapers to the striking .

Kuwaiti society is markedly more open than many other Gulf Arab societies, and stands out in the region as the most liberal in empowering women in the public sphere. For example, Kuwaiti women outnumber men in the workforce.

has one H-D dealership and a very active H.O.G. chapter. Be sure to meet up and ride with this great team, and find out more about them on their Facebook page. 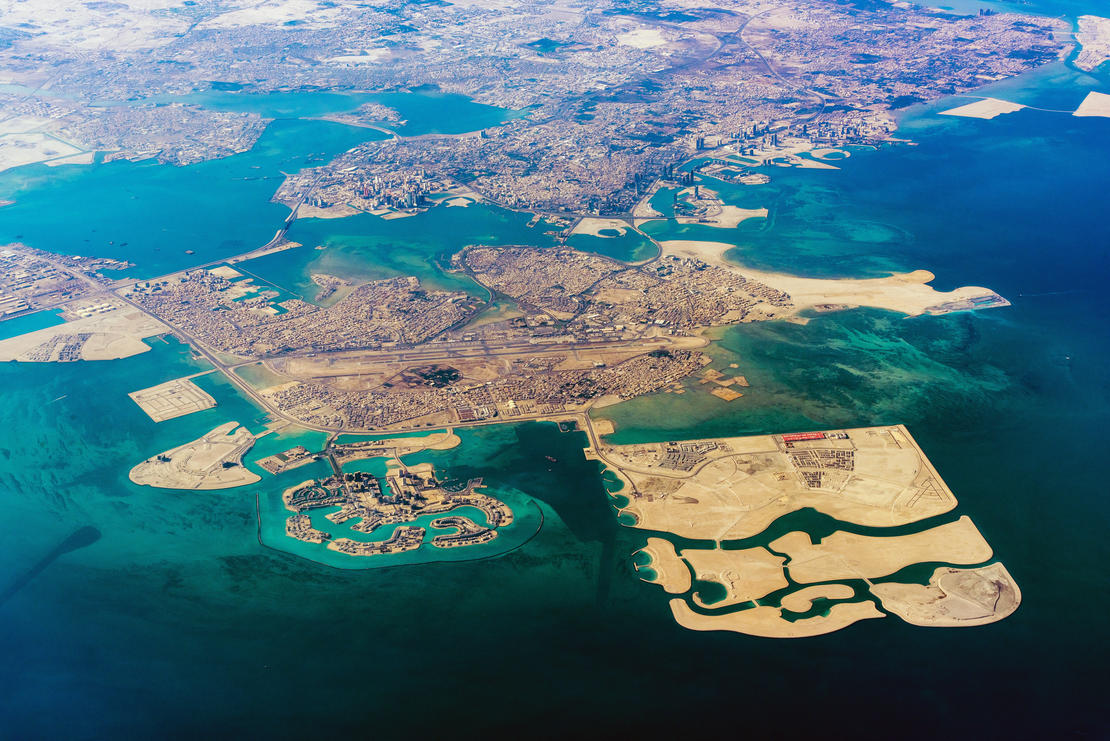 A nation comprising more than 30 islands in the Arabian Gulf, has been at the centre of major trade routes for centuries. It is situated between the peninsula and the north-eastern coast of , to which it is connected by the 25km King Fahd Causeway.

As a tourist destination, visitors mostly hail from outside the region due to growing awareness of the kingdom’s heritage and its higher profile thanks to the annual Formula 1 Grand Prix at the Bahrain International Circuit.

There’s a well-appointed H-D dealership in with a very culturally mixed and active H.O.G. Chapter. The annual H.O.G. Bahrain Rally sees good international participation too. Find out more at harley-davidson-bahrain.com 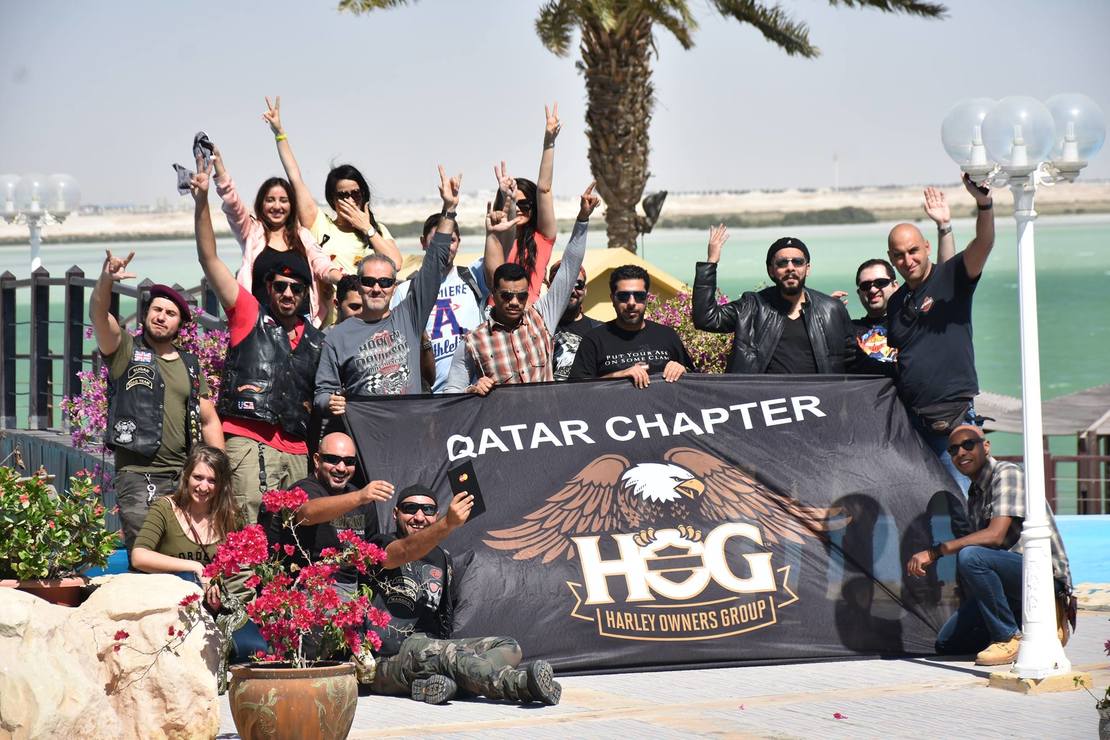 is a peninsular Arab country whose terrain comprises arid desert and a long shoreline of beaches and dunes. The capital, , is known for its futuristic skyscrapers and ultra-modern architecture inspired by ancient Islamic design. Its sole land border is with to the south, with the rest of its territory surrounded by the . An arm of the Gulf separates from the nearby island country of . will host the 2022 FIFA World Cup, becoming the first Arab country to do so.

There is an H-D dealership and an active H.O.G. chapter in . Find out more at harley-davidsondoha.com 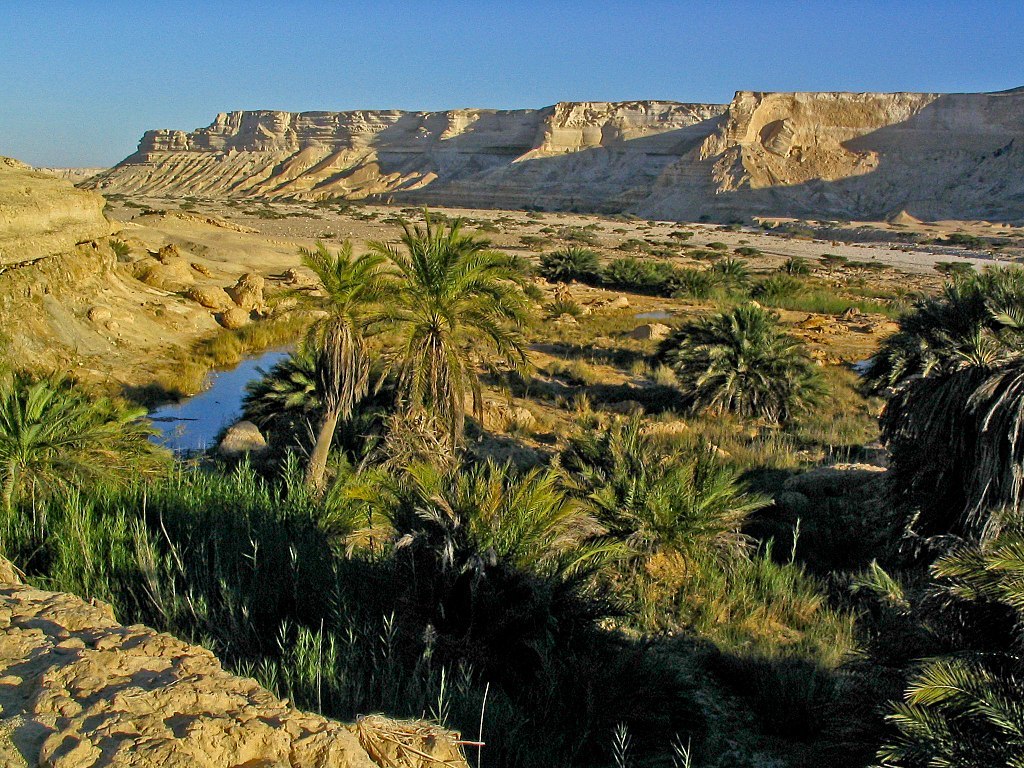 , a nation on the , has terrain encompassing desert, riverbed oasis and long coastlines. The country shares land borders with the to the north-west, to the west and to the south-west, while the coast is formed by the Arabian Sea on the south-east and the on the north-east.

has one of the most diverse environments in the and is particularly well known for cultural tourism. In fact, the World Travel and Tourism Council stated that is the fastest-growing tourism destination in the .

The port capital, , is home to the massive Sultan Qaboos Grand Mosque and the old waterfront Muttrah quarter, with a labyrinthine souk and busy fish market.

offers both an H-D dealership and a sponsored H.O.G. chapter. Find out more at hog-muscat.com 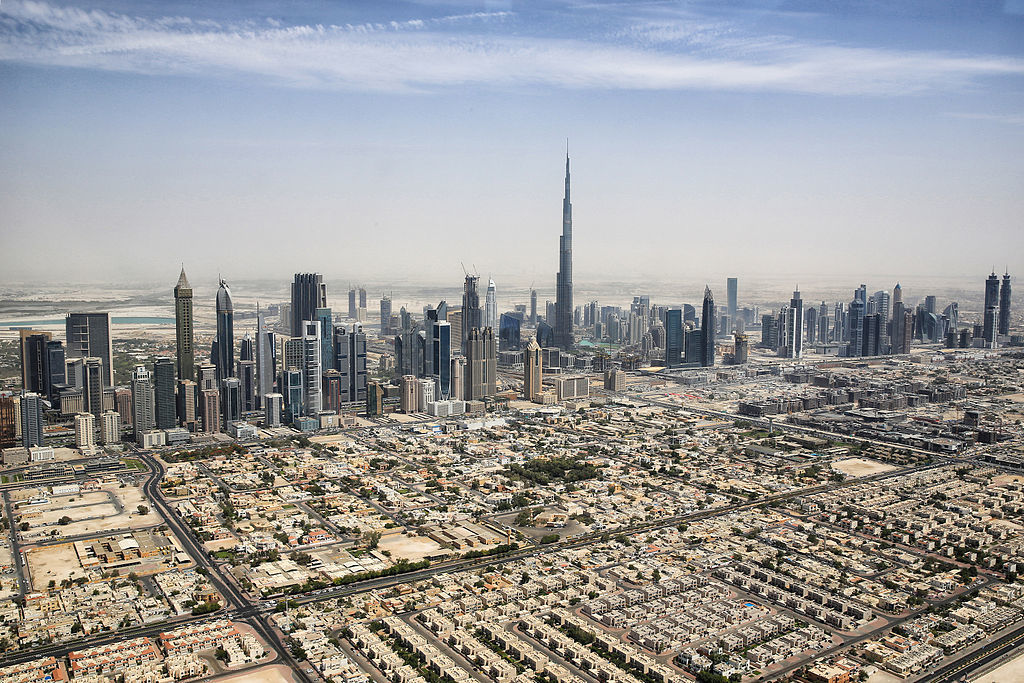 The UAE is a federation of seven emirates at the south-east end of the Arabian Peninsula on the . It borders to the east and to the south, as well as sharing maritime borders with to the west and to the north.

Emirati culture is based on Arabian culture and has been influenced by the cultures of , and . Arabian- and Persian-inspired architecture is part of the expression of the local Emirati identity.

There are three dealerships (, and Northern Emirates) and two dealer-sponsored chapters in the UAE. Find out more on their Facebook pages.

There are many dealerships across the MENA region – to find out where, visit h-d.com and click on ‘FIND A DEALER’ at the top of the homepage.